Aakash Nihalani is a unique New York-based artist known for his 3D geometric illusions made with tape. He was born in 1986 in Queens and is currently based in Brooklyn. He received in 2008 a BFA from Steinhardt School in New York. Take one look at the work of Aakash Nihalani and you will see the essence of what art is: the ability to catch someone’s attention at a moment’s notice.

Nihalani uses bright, bold lines at the forefront of all of his art as a means of visually creating 3D images on two-dimensional surfaces. The repetition of isometric squares and rectangles becomes visually pleasing to the eye, conveying complexities such as movement and space by something so simple as the placement of a line.

Initially, your focus is drawn to the use of repetition and varying patterns, yet Nihalani has taken it one step further. For example, by incorporating a live model, Nihalani successfully delivers an additional element to his art, transforming the viewer’s immediate thoughts into what he intended to convey for that specific piece. Nihalani’s art is clearly meant to captivate the viewer’s attention.

Part of what makes Nihalani’s works so appealing is the intentional interplay between the conventional shapes he utilizes and the unconventional means of portraying them to his audience. Your brain is expecting a geometric arrangement, but in Nihalani’s reality, you are getting much more than that: a break from what is anticipated. Additionally, through the use of methodical angle placement and layout, Nihalani portrays both action and depth that easily transfixes the viewer.

Nihalani wants to give people a momentary escape from the routine, and his bold graphics do just that. The viewer is given a momentary opportunity to live a little more playfully, within the “new” space created by Nihalani. People can enter freely into these spaces and disconnect from their daily reality for a few unexpected moments. Aakash Nihalani places his graphics around New York City in a selective way, intending them to highlight aspects of the city itself.

Hailing from New York, the influence of the city is carried throughout Nihalani’s works, using buildings, sideways, and doorways among other objects as a vehicle to deliver his art’s message: train your mind to look beyond the mundane in life and allow it to become something extraordinary.

Aakash Nihalani has no “highbrow” philosophy or communication to push on his viewers. He states on his website that “People need to understand how it is, isn’t how it has to be. My work is created in reaction to what we readily encounter in our lives…I’m just connecting the dots differently to make my own picture. Others need to see that they can create too, connecting their own dots, in their own places.” (par. 4)

In 2013, Nihalani was commissioned by the Parrish Art Museum in Water Mill, New York, to create three ephemeral tape installations for their Herzog & de Meuron-designed museum’s exterior wall. The pieces could be appreciated during their annual Midsummer Party and throughout the summer months, coinciding with his solo exhibition Aaranged at Tripoli Gallery in Southampton. Nihalani’s colorful work has been exhibited internationally and featured in a number of publications including: The New York Times, The Times of India, Vogue India and artinfo.com. He has been part of group exhibitions throughout New York, Rome, New Delhi and London, and recently featured in the Urban Nation 2018 exhibition UN-DERSTAND The Power of Art as a Social Architect in Berlin.

All of Nihalani’s works, whether they be indoors, outdoors, or through collaboration, are visually striking messages, capturing motion and space through varied media such as sculpture, painting, print, or by interactive means. 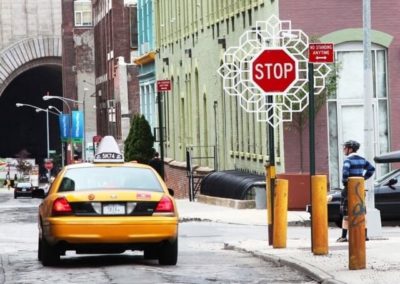 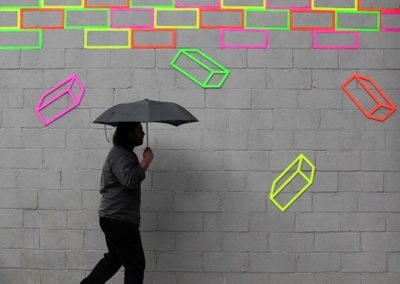 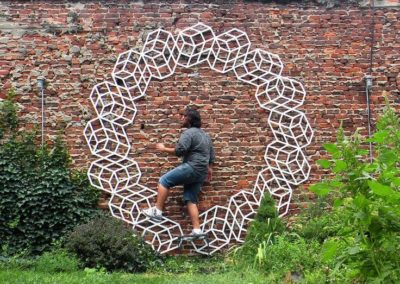 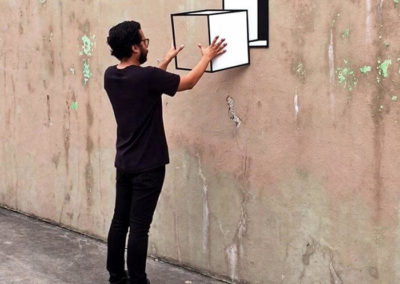 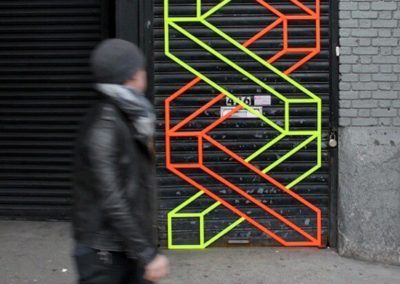 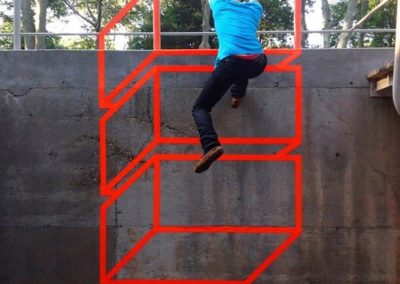 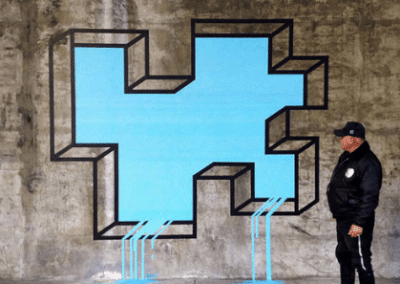 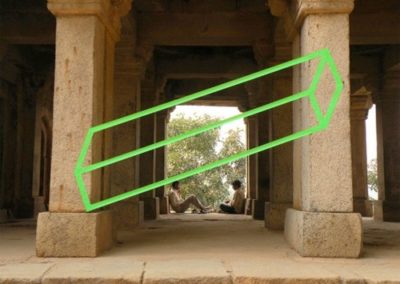