George Hambov, also known as Apeseven, was born in 1974. Apeseven grew up during the 1980’s in Sydney, Astralia. He discovered he had a proclivity toward the arts early in elementary school, around the time he was in third grade. Many of the children in the class regularly requested hand-made drawings from George Hambov, not knowing at the time they would later have original works by Apeseven.

Apeseven was attracted to the Sydney skateboard scene from an early age as well. Spending most of his time exploring industrial areas, his worldview was informed by a healthy dose of anime, hip-hop, skateboard art and graffiti. Apeseven is a self-educated artist who stimulates his creativity based on the day-to-day basis. He also enjoys exploring his own complex emotions, which help define who he is. To this day, Apeseven does not believe that he has finished becoming a “grown-up.”

Apeseven predominantly approaches his artwork utilizing a street art perspective with an underpinning of re-contextualization through mixed media materials and the symbolic aesthetic he is so well known for. Freehand aerosol and traditional brush techniques are evident with Apeseven’s works, primarily incorporating mixed media such as acrylics, aerosol, inks, found paper and objects, among other things. He is always proud of all of his paintings once completed.

Apeseven’s current works focus on elements of alchemy and evolution. This encompasses a fusion of childhood’s imaginary creatures, mysticism, complex symbolism and an aesthetic drawn from an observation of potential, imagined and observed worlds. Regardless of his current focus, Apeseven would describe his work to a stranger as pop surreal paintings that focus on the differences between technology and creatures.

The art business helps install inspiration in Apeseven by demonstrating artist’s work ethics. These ethics are evident in the themes he chooses to focus on. Apeseven believes that the three most important skills needed in this industry are creative ability, tenacity, and spectacle. Working among artists, these particular skills are necessary for Apeseven to create works which resound with the viewing public in one way or another.

Over his 15 year-long career, Apeseven has held solo shows in Australia and Europe, and has participated in numerous group shows in USA, Europe and of course Australia. His work can also be found in numerous publications.

Apeseven’s mission is to bring attention to, and commentary on, the technological obsession that society currently holds. He reminds us that it is important to note the ramifications of that obsession on our world. 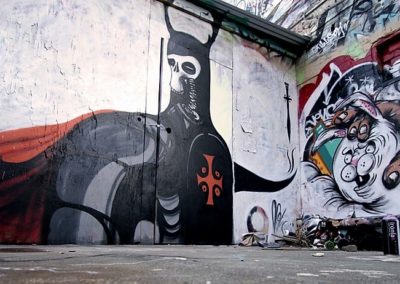 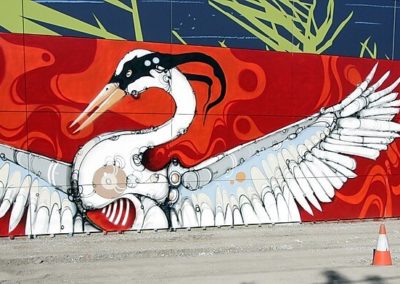 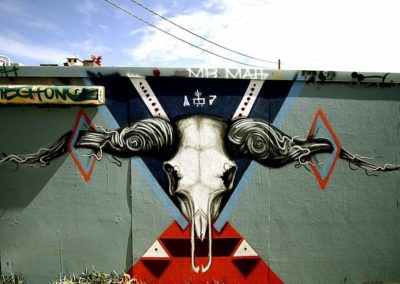 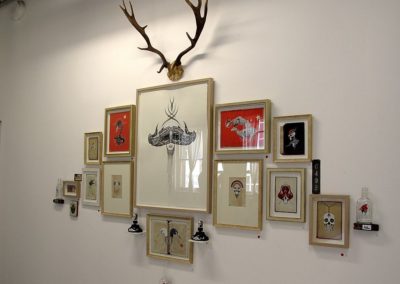 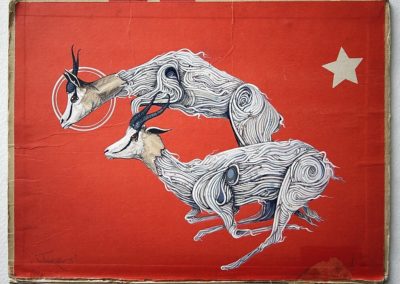 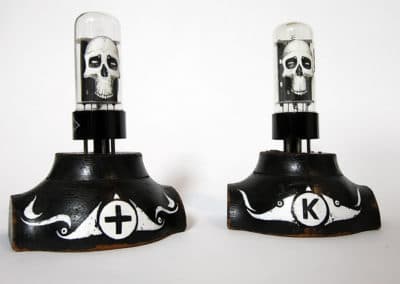 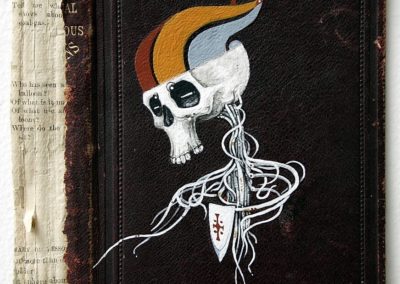 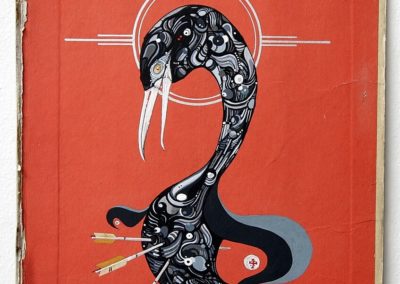 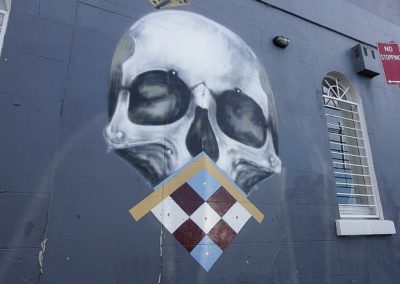