DALeas, born in 1984 in Wuhan, China, is a prolific, multi-faceted artist known for his unusual paintings of animals. He has been making art since he was three and studied Sculpture at the Institute of Fine Arts. He was fascinated by every form of art and worked on everything – painting, sculpture, installations, synchronizing performance, and digital art. He officially began doing art on public space in 2004 under the pseudonym DAL.

The dark imagery found in DALeast’s art is undeniably captivating, woven with intricate detail while focusing on the simple subjects in his pieces. Each of his pieces of art is created using paint to look like thousands of metal shards are coming together to form beautiful shapes, often animals or humans. Within every piece of DALeast’s art, a pop of color observed in the background brings his subject to life. This allows him to focus on the intricacy of his technique while delivering his final product. The use of fractured imagery and contrasting backgrounds serve to give his art a breath of energy and soul that can sometimes be lost in art with a more somber subject matter.

A majority of DALeast’s art utilizes animals as the subject matter. In many of his works, less pronounced line work in the background serves as a shadowing effect for the images illustrated in the forefront. The overall artistic effect of utilizing a dark base while simultaneously highlighting in fragmented, brighter lines is to make the images appear to leap off the wall or canvas; It is the artist’s skillful layering of lines that leads the viewer to be able to visually interpret the image in many different ways.

When viewing DALeast’s art, there is seemingly magic in his ability to establish illusion with a certain combination of lines. DALeast delivers a sense of wonder with his work every time. One aspect of this style, which makes DALeast‘s art truly amazing, is how skillfully he manipulates his splintered lines in order to capture the movement, form, stillness or feeling of the respective subject. DALeast’s art is meant to capture its audience’s emotion in every way possible.

With any graffiti artist, an underlying concern typically exists as to whether they will be interrupted before their piece is complete. Because graffiti and street art are not offered to the public in art houses or museums, artists like DALeast must be concerned with their timing and precision in addition to focusing on the subject matter. Often seen on building walls or other public spaces, this type of art can often be difficult to master—not just due to time constraints but also to the space available. The fact that DALeast has finished such intricate, masterful works of art while under that kind of pressure is simply extraordinary.

DALeast is self-described as “currently a human being.” He has worked on a vast number of projects, starting in 2005, throughout Beijing, China, as well as South Africa, Germany, Italy, Australia, Namibia, the United States, and more recently in France with two different projects in 2019: Public Mural Project in Saint-Nazaire and BoulevardParis13 Mural project in Paris. DALeast has also participated in many group art exhibitions over the years in these countries, with the most recent being in Munich, Germany in 2018 and in New York, USA in 2016.

DALeast’s most recent solo art exhibitions were held in San Francisco in 2018 and in New York City in 2014. His murals can also be found on nearly every continent as he spent six months travelling the world. 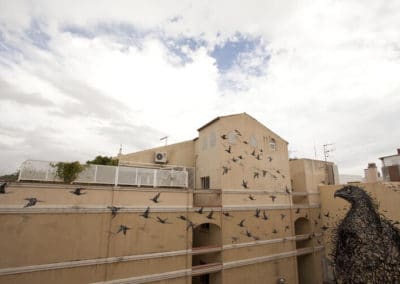 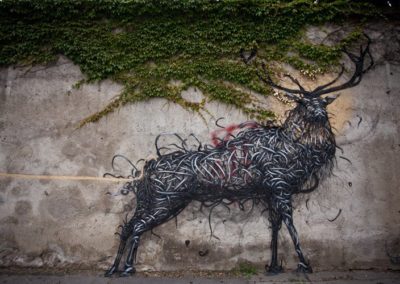 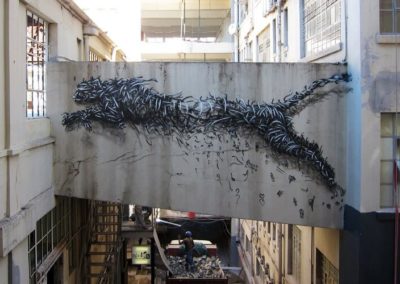 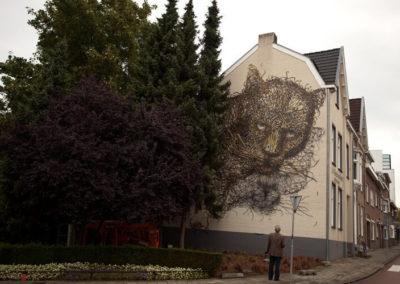 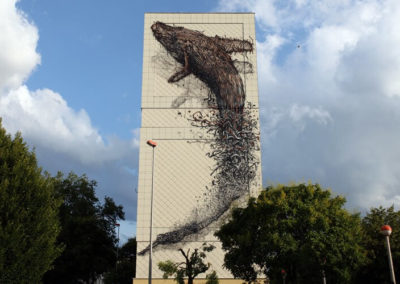 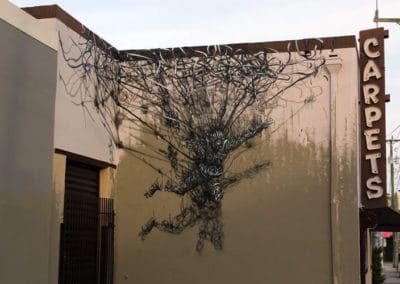 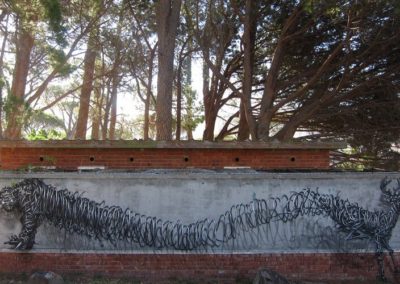 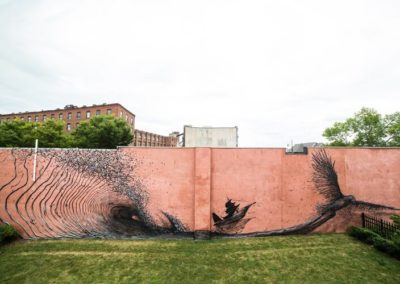 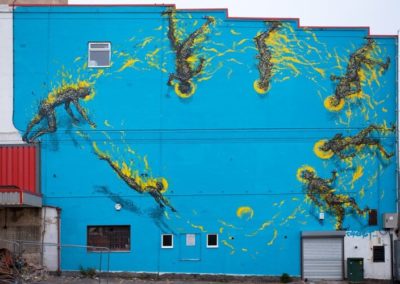 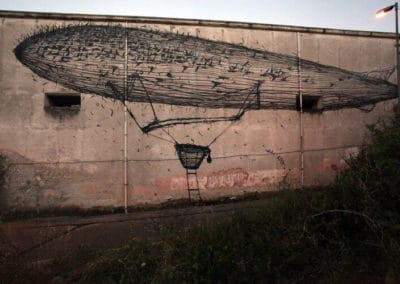 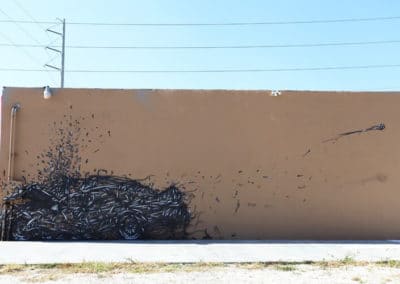 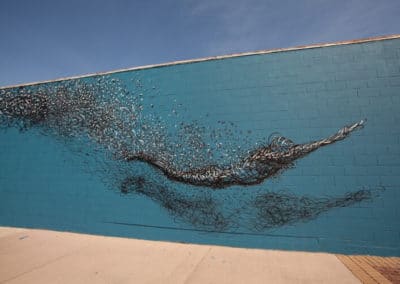 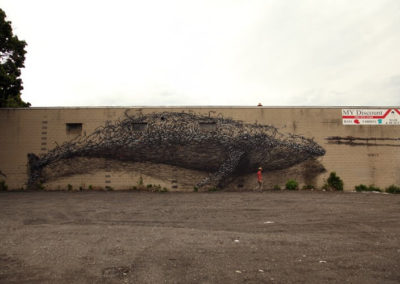 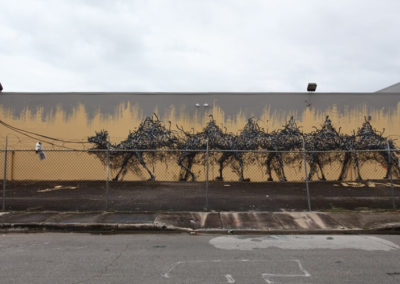 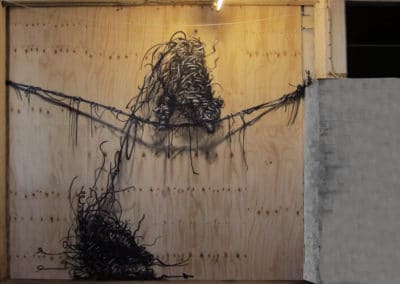