El Pun 18‘s is sure to take you on a psychedelic art trip, and you’ll love every minute of it.

Philip Cruz Villegas, also known as El Pun 18 and sometimes shortened as Pun 18, was a street artist who was born in 1985 in Bayamon, Puerto Rico and died in 2016. His art can be seen as a reflection of his surroundings; bright, colorful, and full of life. As a matter of fact, his graphic design background lends itself to his artwork, with an obvious keen eye for this respective skill throughout his works of art. Additionally, his graphic design background contributes to his graffiti use, another skill that is at the forefront of his works with the incorporation of detailed backgrounds. When looking at El Pun18’s work, the detailed imagery within his art takes you on artistic overdose of sorts, overwhelming your mind with such complex visuals that are placed front and center throughout his murals. Cluttered, colorful images with bright, bold color palettes take you into El Pun 18’s world of scattered thought processes that are thrown onto a mural for you to decipher. He also delves into black and white color schemes to deliver the same intricate shapes, swirls, patterns, and line work that make him recognizable to his audience.

There are certain images that are repeated throughout El Pun18’s works. For instance, the use of the cat with a slanted eye gives you a sense that no character is left behind in his world of intense, psychedelic imagery. These characters become distorted and exaggerated to enhance the effect of the specific idea he is trying to convey at the time. What’s more, his image use runs the gamut from dark imagery such as skulls to a more happy ElPun18 with the incorporation of beautiful flowers, for example. “Big Bang” is one of El Pun 18’s signature pieces that sets the tone for what he is bringing to the art world: an explosion of ideas and thoughts he skillfully manages to squeeze into his works of art. Ultimately, the variations of images throughout his work lead his audience to believe that there isn’t a set theme to his work, but rather a constant exploration into different concepts and ideas.

El Pun18 works were exhibited in solo and group shows and major public collections in Puerto Rico as well as in numerous publications. 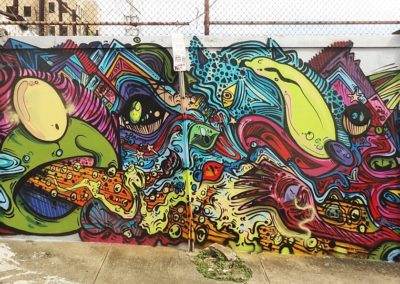 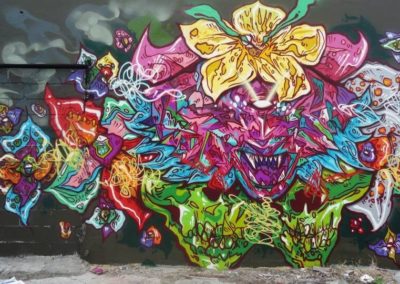 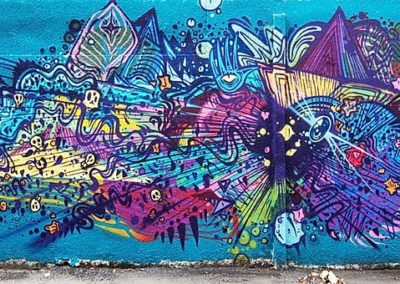 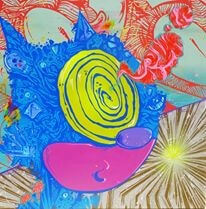 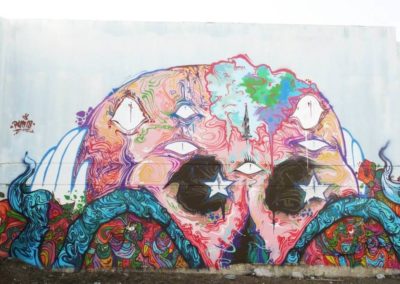 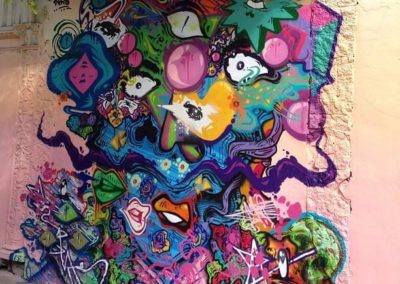