Faith47 is an internationally acclaimed studio-based and street artist who is currently living in Cape Town, South Africa. She is married to the famous Chinese street artist DALeast. Faith47 is known to be among the most politically engaged artists and defends people’s rights. There is a notion of social awareness in most of her works expressed through the painting of solitary characters but also the messages that are written along with them. As a matter of fact, what she paints is directly inspired by the social and political issues in South Africa, a post-apartheid country with still hard conditions of living. Sometimes her works feature phrases from the South African Freedom Charter, a document which is characterized by its opening claim ‘The people shall govern !’. So Faith47’s creations are overtly dealing with the complexities of our human condition and our existential preoccupations.

More than defending people’s rights, Faith47 highlights the woman’s condition. Raising her child alone at the age of 18 transformed the artist who experienced the struggling situation of being a single parent. Consequently the woman figure is at the core of her artwork and more precisely the representation of a struggling and strong woman. Her murals are full of feminist strength in an environment that is generally male-dominated. By doing this, Faith aims at denouncing injustices and spreading positive messages to society. Also we can’t help noticing that her works have something spiritual and soulful. Those women are sometimes portrayed like goddesses mixing extreme beauty, purity and awe. Another recurring figure is that of nature and more precisely animals, as a way to connect the viewers to nature and raise awareness on its fragility. Generally these animals are flying birds (usually swans), attacking felines or galloping horses.

Faith 47 has participated in several successful solo and collective exhibitions across the world in the last few years. She also took part in April 2020 in ‘STARING STRAIGHT TO THE FUTURE’, a digital exhibition in support of South Africa’s Solidarity Fund. In response to the COVID-19 pandemic and South African President Cyril Ramaphosa’s establishment of the Solidarity Fund, the Everard Read galleries presented a digital exhibition of works by almost 50 eminent South African artists, with 50% of the gallery proceeds going to the Fund.

Faith47 began her artistic career as a graphic designer at the age of 19. She primarily worked in studio on canvases for exhibitions but she gradually turned to street art working on urban materials like road signs, doors and walls. She painted a lot in abandoned places and townships using a wide range of artistic tools including spray paint, ink, graphite, oil paint and collage. She exhibited her artwork in Sweden, UK, France, Tunisia, USA, Australia, Italy, Spain, Canada, South Africa, Austria, Switzerland, Germany, etc, and her street creations can now be found in major cities around the world. 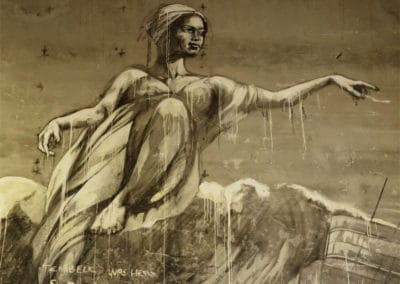 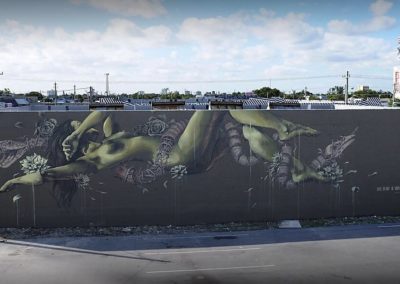 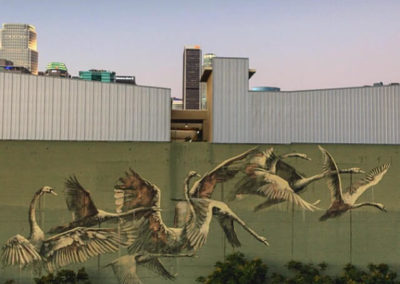 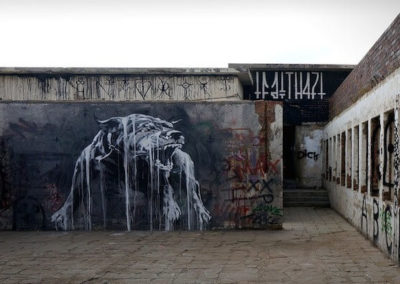 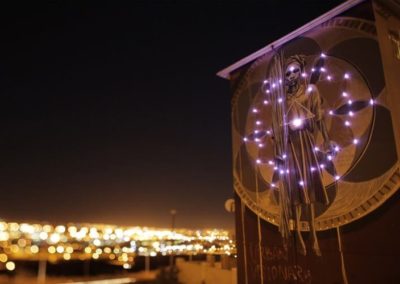 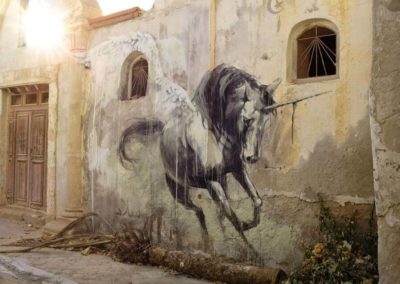 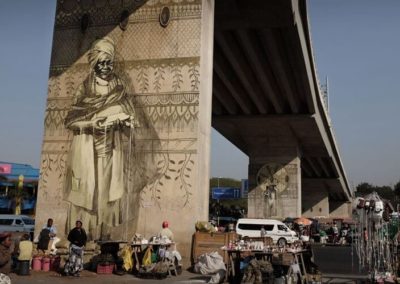 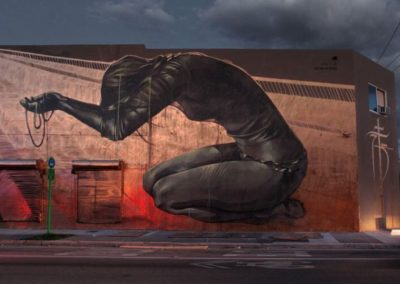 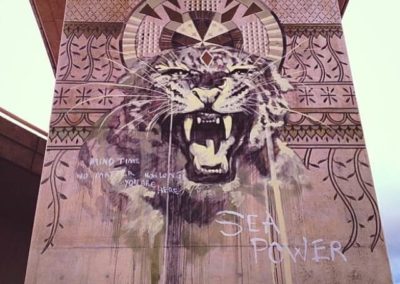 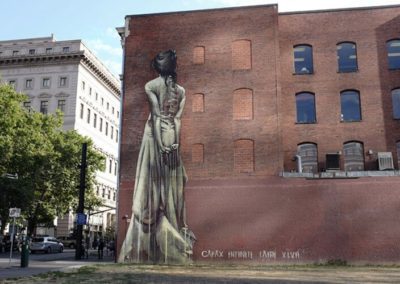 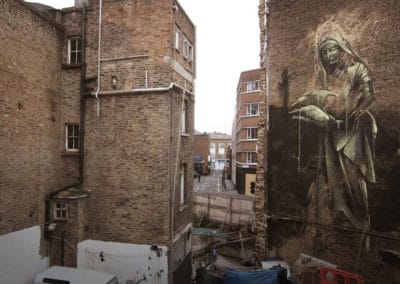