Gola Hundun was born in 1982 in Cesena Italy. At the early age of 12 he began working with the traditional lettering styles of graffiti, but at the age of 14 he returned to privacy of his home for all his illustration and painting. His first foray into the art world was when he began classical artistic training at the secondary school of the arts in Ravenna Italy. From there he moved onto the Academy of Fine Art, Bologna, which is located in northern Italy. After graduating with a degree in Fine arts he moved to Barcelona in 2003.

Gola drew a lot of influence from the local art scene in Barcelona, particularly the “do it yourself” style which was alive and well in the streets of the city. Being close to such an active street art community convinced Gola to leave privacy of his home/studio and bring his work back into the public sphere of the streets.

His first solo show took him back to Ravenna Italy in 2006. That same year he spent 3 months in India. It is in India where he adapted the use of energy, vibrant colors, and allegory to his artwork. This trip also allowed him to paint his first two walls outside of Europe in Udaipur and Varanasi.

The late 2000’s was a period of sporadic activity and growth that, while centered between Italy and Spain, took him around the European continent. In 2010 He began a semester-long residency in Quebec, Canada. While not his first professional venture into North America, it was the beginning of his artistic presence on a global scale. From the completion of his Residency in 2010 until the present, his art has taken him all over the world for both collective and solo shows including places such as Germany, Denmark, Luxembourg, Brazil, Uruguay, Russia, Japan, Kazakhstan, Australia and more recently in 2020 in France for Exhibition 101 at Adda Gallery in Paris. He is currently based out of Barcelona but considers himself an active member of the global community.

In 2012 he changed his name from Göla to his now current name, Gola Hundun.

Gola Hundun’s work is often representative of the relationship between humans and nature. He has always felt very close to the natural world and describes his ideology as being closer to the animal sphere rather than the human one. His decision to become a vegetarian at the age of 16 speaks to conscientiousness of the animal world. He explores themes such as collaboration vs. domination, shamanism, vegetarianism, energies and mysticism.

While best known for his paintings, Gola also incorporates sculpture, fibre, plant life, electronics and performance art into his public installations and paintings. His work has an intensely naturalistic feel to them, with many cues to the plant world including organic curves and bright colors. 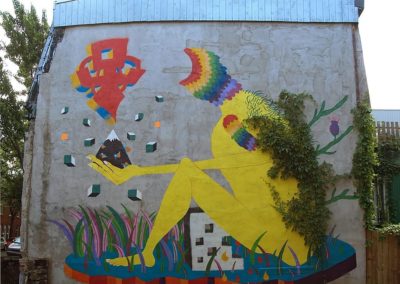 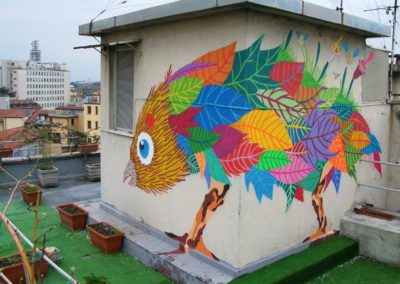 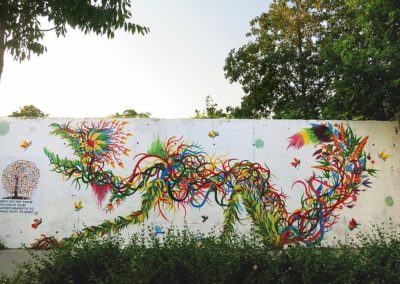 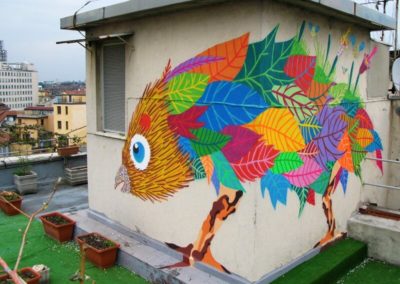 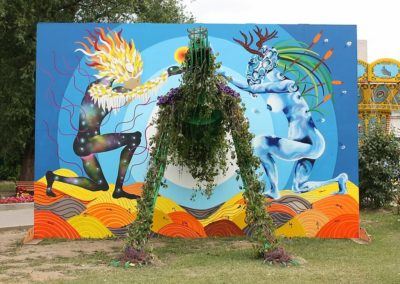 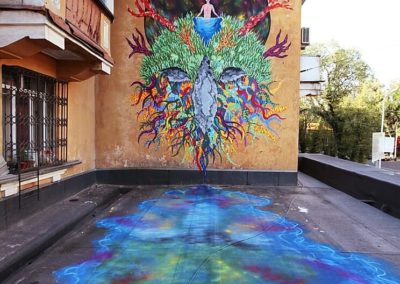 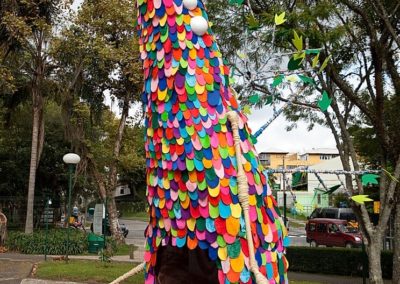 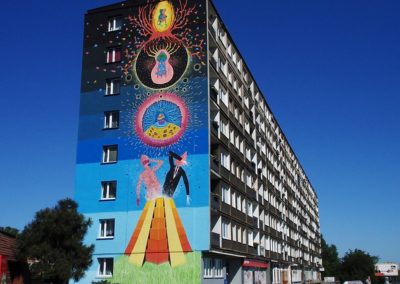 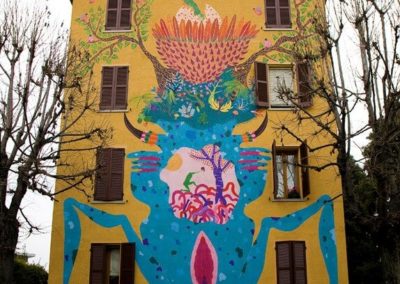 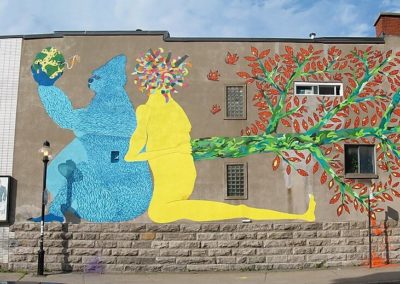 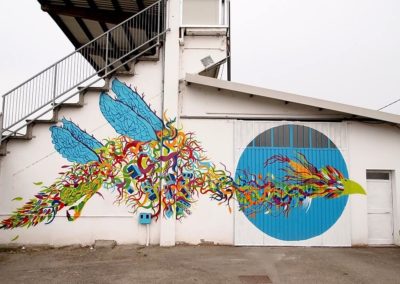