Mina Hamada was born in the United States and raised in Tokyo, Japan. Her life’s journey then moved her to Barcelona, Spain in 2009, where she met and grew to love the street art scene, diving head first into experimenting with such methods as graffiti and large-scale murals. Her work is the quintessential embodiment of a child’s creative spirit, utilizing soft, bright, and warm colors to express her inner young being. As a matter of fact, the clever use of these powerful colors on her behalf assists in evoking the adolescent memories that drive Hamada to continue creating.

Mina Hamada truly began to blossom when she met an artist named Zosen. It was at this point that she defined her signature style through various collaborations established alongside him and other artists from around the world. Unquestionably, it was at this point that the confidence encompassing her artwork skyrocketed, propelling her to try painting on bigger surfaces while staying true to what she was conveying through her work. What is interesting to note is that Hamada admits to constantly being surprised by herself once one of her creations is completed. The use of both her unconscious and improvisation is a unique means of bringing Mina Hamada’s audience fresh and genuine pieces that are gems in the street art scene. She never really knows what is going to be the end result of her work until it’s done, motivating her to continue to create in order to see more of what lies within her unknown, innocent unconscious. Ultimately, Hamada’s art brings about a multitude of ways of interpreting it, keeping her audience engaged and wanting more.

Whether it be through her paintings, murals, book writings, poems, or tales that have graced such countries the United States, Japan and Europe, Mina Hamada produces a fantasy world that you can’t help but want to discover, bringing to light elements of her unconscious that are intended to be evaluated and discussed. In the end, Hamada’s purpose is simple: to emanate good vibes and energy through her work that her audience will embrace with open arms. 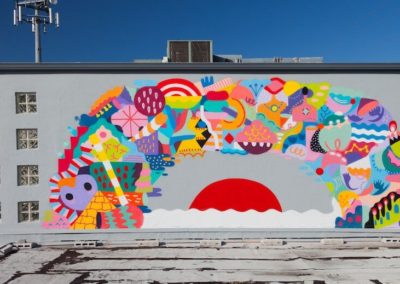 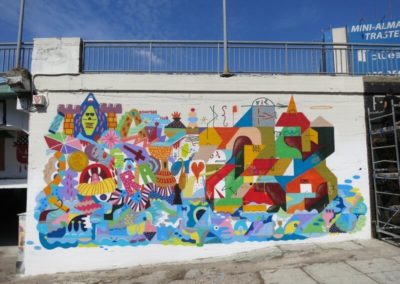 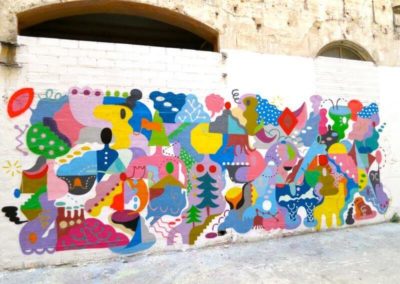 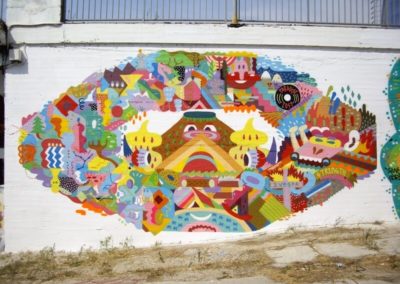 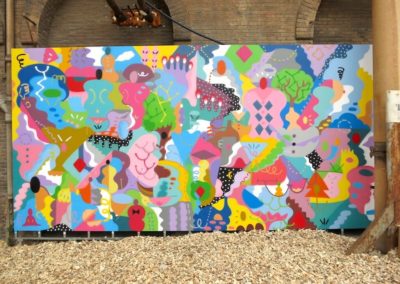 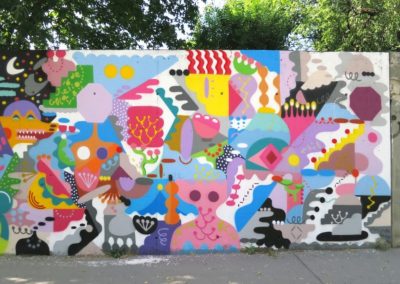 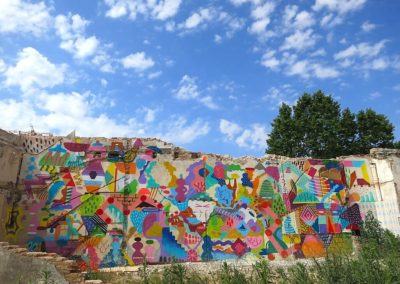 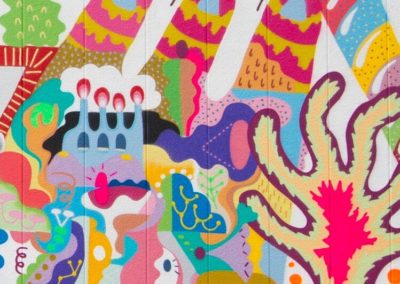 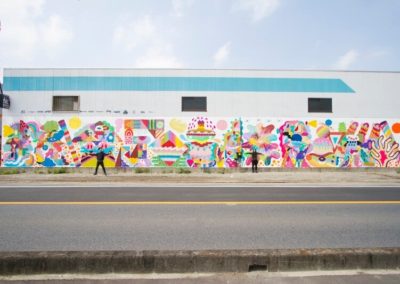