Otto Schade, also known as Osch, was born in Chile on October 30 1971. The Chilean artist, takes us to this ethereal world that teeters between the surreal and abstract, opening his audience’s mind to the oniric. Otto Schade’s journey as a prominent artist inspired by the great Dali, Magritte, Miro, Giger and Beksiński started with his blossoming career as both an architect and urban sculptor. From this arose a passion for painting, which he has been partaking in since 1996. This ardor for the art itself has resulted in various solo exhibits around the world from Chile, Germany, the United States, England, Japan, the Netherlands, Russia and Paris.

Otto Schade’s paintings consist of two main types: those based in the surreal and those that are abstract in nature. When painting, his preferred mediums are canvas, paper, boards, and walls. He has also experimented with collages and graffiti, which are so impeccably clean, detailed, and well-defined due to his intricate use of coloring, shading, and line work. It is this complex use of lines that brings to life the specific image being depicted in his work, whether it be a simple figure to more iconic images such as Andy Warhol’s Campbell’s soup can. Otto Schade utilizes both bright and darker color palettes to highlight his image, delving into more personal and metaphorical figures while incorporating sharp, ironic touches throughout.

Otto Schade left Chile in 2005 and took his vibrant art to England, in London’s district of Shoreditch, where most of his work constisted in communicating anti-war messages in his trademark ribbon style. Since then, Otto Schade’s art has been recognised around the globe. He has participated in renowned art festivals, including the Artbase Festival in Neustrelitz, Germany (2019) and Upfest in Bristol, England (2015). His pieces have been exhibited in the USA, South America, Africa, Asia and many cities across Europe.

It is obvious that Otto Schade is fascinated with the surreal as well as the freedom that is granted through abstract painting. While sound techniques such as stretched canvas and oil painting are often used on his end, Otto Schade is as daring as his dreams appear, veering off the path of the expected by utilizing other artistic methods to his advantage such as unique collage work and more modern stenciling and illustrations. In the end, his passion becomes our own as he takes us to a world where dreams are truly made of. 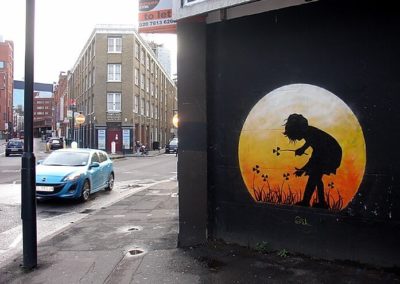 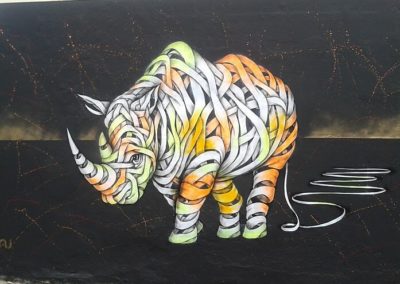 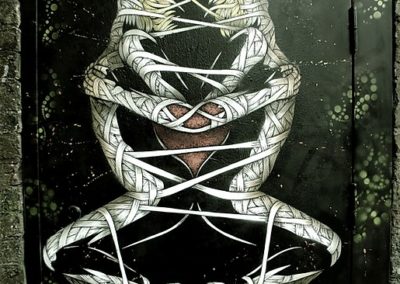 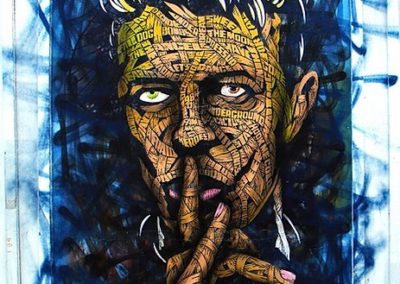 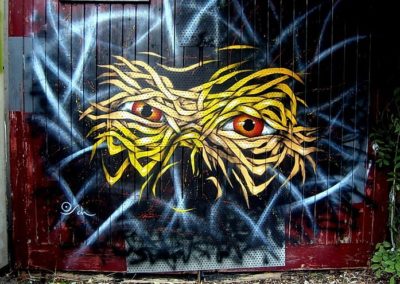 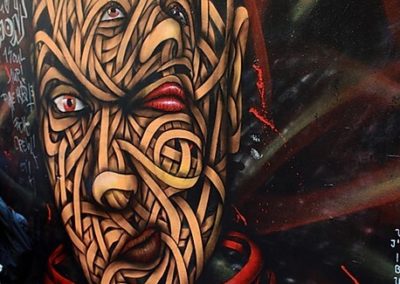 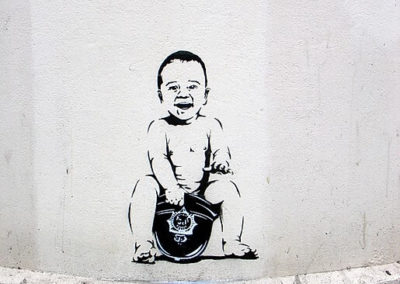 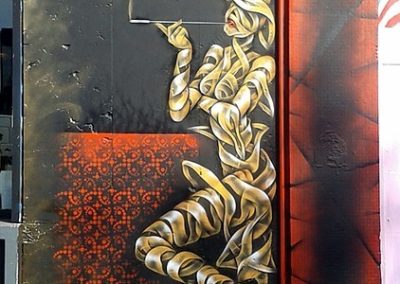 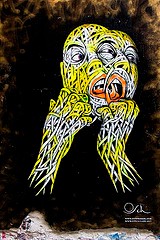 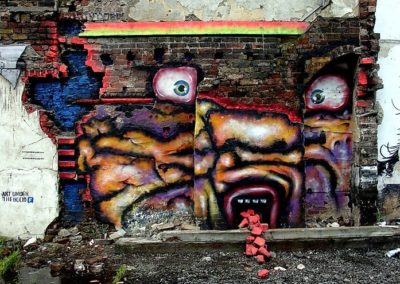 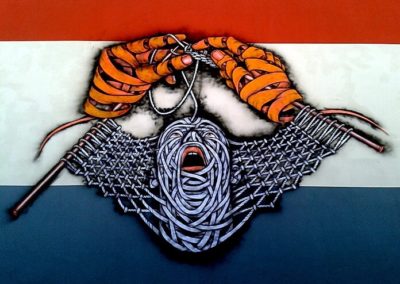