Rashe, also known as Simon Beuve, is a French artist and graphic designer born in 1989. His love for the art led him to discover graffiti in 2000. Since then, his work has thrived, utilizing varying textures and line work in addition to bold color palettes to deliver detailed works that are truly beyond words. Specifically, Rashe strays from the mundane when regarding his use of line, incorporating them in different ways to create a comic-like feel to his artwork. In fact, his art has a 3D feel, which he tends to focus on as well as his illustration skills, a nod to his graphic designer background.

The name Rashe came from the the word “rash” itself, a typical disease/infection that shares many similarities with graffiti as an art form. For instance, like a rash, graffiti tends to appear suddenly without notice and permanence. It is this clever tag that serves as his signature style, interpreting the meaning of a “rash” to his advantage. Specifically, he creates works that spread like an infection, encompassing the entire selected space in order to portray the world he is trying to create. There is no specific theme to his work, but rather a specific method that Rashe refers to time after time to utilize the entire space wisely through modern, varying techniques that ultimately give his work an edgy feel.

There is such intricate detail to be found in Rashe’s works that it ultimately pops off of his chosen space, whether it be concrete or brick. Rashe prefers abandoned buildings that allow his work to blur the lines between the present reality and eras past. Additionally, Rashe welcomes the intrusion of nature into his work as a means of building on what he is trying to create on his own, an exploration of his imaginary world created with the use of found materials. This exploration has led him to emphasize the use of the small, scientific, and biological along with an emphasis on abstract patterns.

Rashe has shown all over the world and has published internationally. His work, whether more innovative or organic, is certainly one the art world does not want to get rid of. Rashe now lives and works in Melbourne, Australia where he has created murals and paintings as well as art projections for almost two decades now. 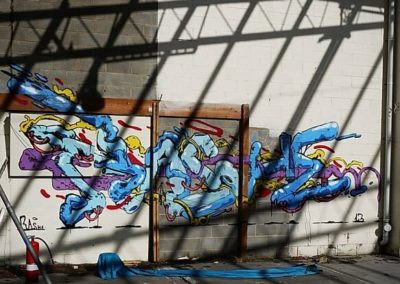 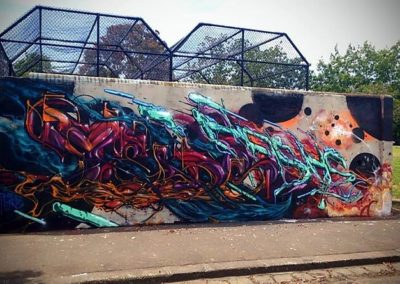 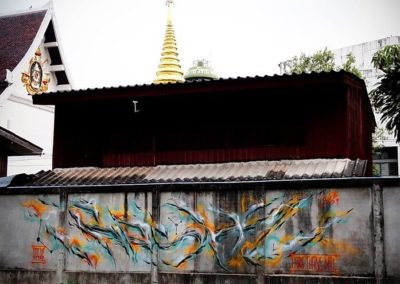 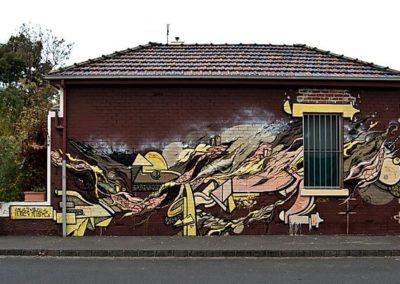 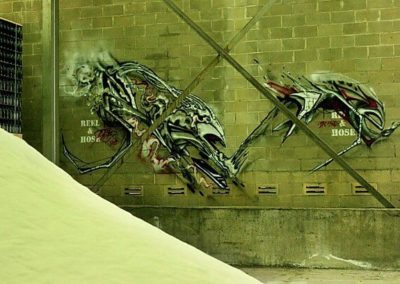 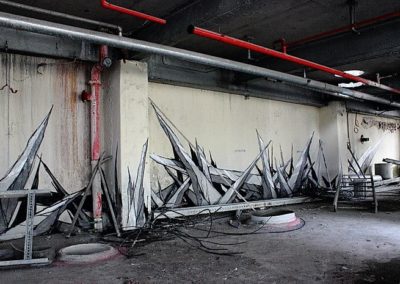 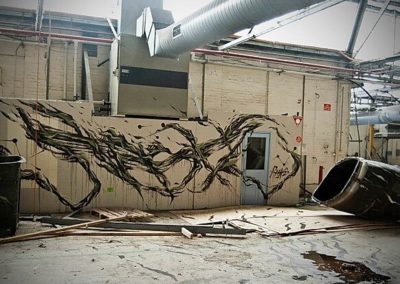 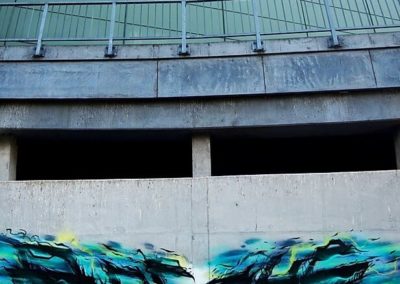 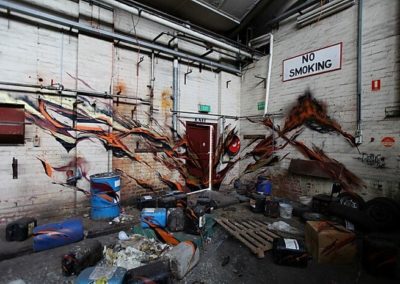 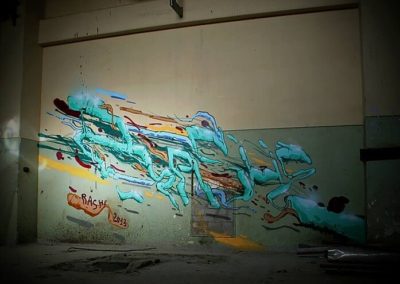