“We managed to gather all humans’ knowledge into one place. Made it available to everyone, everywhere by creating a worldwide network and we use it mainly to share sweet photos of puppies. What is it then if not The Golden Age Of Grotesque…?”

Sepe’s observation on today’s world highlight the paradoxical situation in which are modern societies: sharing photos of puppies while all humans’ knowledge has been gathered in one place, social media increasing loneliness and the constant need for entertainment or immediate satisfaction. He chose the term “grotesque” to qualify both this era and his work and gave us a key to understand what his art is all about.

Without trying to determine clear and definitive assertions on how to read a Sepe’s artwork, it seems interesting to notice that the term “grotesque” is used to define something or someone that is strange, fantastic, ugly, incongruous, unpleasant, or disgusting and can be obtain by different means such as metamorphosis, hybridity or repetition.

Once the rapprochement has been made, the artist’s style appears a bit clearer to our mind. The deformation of bodies, both fit and fat, hypertrophied and atrophied, identical and unique enhanced the feeling of uncanny as if the spectator were immersed in some kind of modern and Kafkaesque world in its absurdity.

Michał ‘SEPE‘ Wręga was born in 1982 in Warsaw, Poland. He has been part of Polish graffiti and street art scene in Poland since 1996. Through the years he painted many walls in various country such as Germany, France, Italy, Spain, Switzerland, Russia, Indonesia, Turkey, USA or England and did many collaborations with artists such as Chazme, Lump and the ETAM Cru.

In order to work he mostly uses spray paint but may uses paint brushes and paint roller as well. His style is recognizable: colors are pretty dark and gives a nightmarish dimension to his gigantic artwork; orange, black, red, deep blue and purple mixed with a cartoonish drawing increase the idea of grotesque because of the naïve and disabused impression that comes from his work.

The artist reminds us that individuality seems to be on the verge of extinction. His characters don’t “exist” anymore but “co-exist” as a group and can only be defined as a mass. The notion of humanity and unicity is constantly questioned and is clearly shown in his piece “crash test dummies” in which people in an everyday life routine are dressed like crash test dummies.

His world leave very few space for comfort and is not reassuring – It gives a perception of the world quit pessimistic as if depressed and ignorant people were confronted to an apocalyptic situation in which there would be no chance to escape. The human condition is exaggerated to warn us about the end we are heading towards if things keep on going. This is a very political and societal thinking that express itself through art, symbols and colors.

Sepe embraces the idea of the artist that has to show and criticize issues of today’s world. It is very important that art keeps on being both a medium of self-expression and an eye-opener for spectators that see the work. In the space between creation, creatures and critics, the artist propose a new style and a grotesque world in which each and every one of us may develop a new way of thinking about our society. 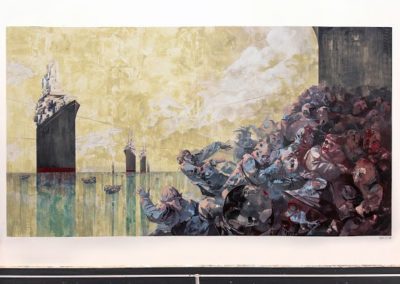 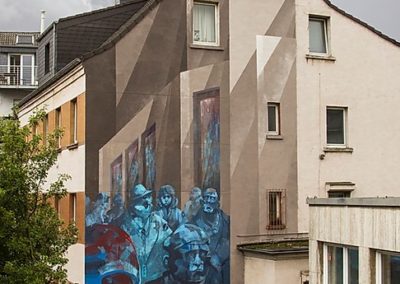 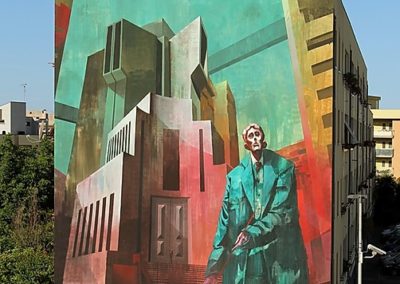 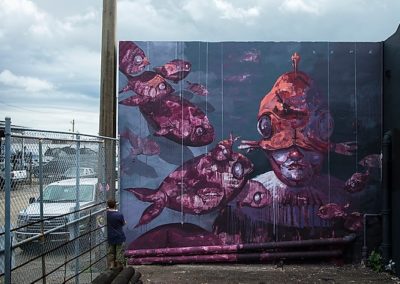 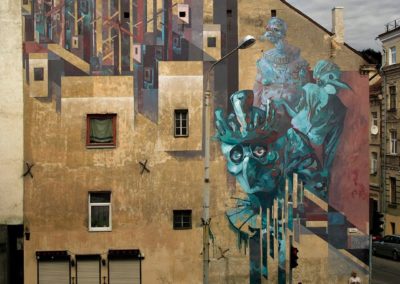 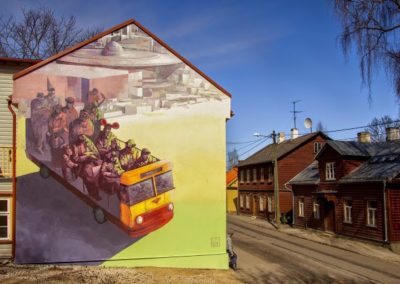 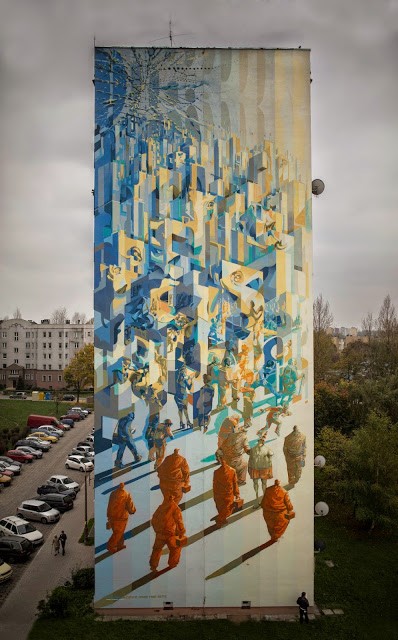 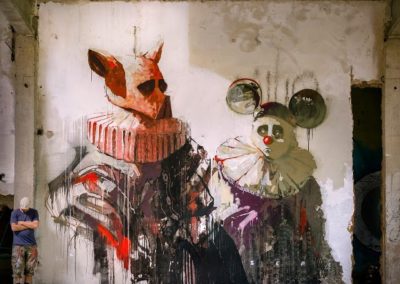 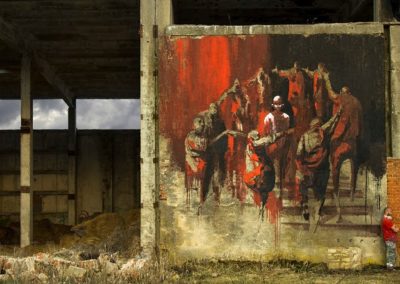