Blank walls are not boring…they just don’t have a message…yet.

These words could not be anymore true for SMC3. SMC3 is a graffiti artist that was born in Sydney, Austalia in 1975. His art is larger than life, using both distorted and exaggerated symbols with bright, bold colors to tell a story through his art. Specifically, all of his characters and symbols, with ties to dominant influences such as cubism, pop art, California’s 60’s low brow psychadelic era, zap comics, and tribal art, are part of his theory behind the visibility of street art in today’s culture. For instance, SMC3 feels that it is only through today’s “rat race” that all things are seen. In other words, the underground culture of today’s street art only exists if seen by all.

Consequently, SMC3 delivers his messages to his audience through his use of symbolism. The exaggerated shapes, animals, and objects that are depicted for all to see assist in delivering his thoughts to the public. His images are raw and bold, using a decomposed, edgy, rotten look to accompany his symbols. SMC3 shares strong thoughts regarding street art, stating that what he loves the most about it is the fact that it is done without permission or guidelines, popping up in the most opportune of times in the most unexpected of places. Furthermore, he feels that the street art of today is literally in your face, not having to look for it in order to see it. This aggressive, somewhat conceited aspect of SMC3 packs a punch throughout his artwork, taking these same ideals and transferring it throughout his creations. Ultimately, his murals are his reaction to the environment he is surrounded by, enhanced with his own personal touches that are not achievable through architecture or nature respectively.

His first artistic influence was the 60’s psycadelic comic movement of artists like Rick Griffin and Robert Williams. Then he was inspired by street artists like Dface, London Police, Flying Fortress, Supa Kitch, Yok and Reka, as well as indigenous or tribal art like Aztec, Native American, Indian and Japanese black and white dry brush. Right now, Dextr the Wierd, Usugrow and Chris Yee are among his top inspiring artists.

SMC3 is a storyteller in his own right, using murals as a means of conveying his personal language on walls for all to see. Beside adorning the walls of Sydney, SMC3 has painted numerous murals internationally in countries like Thailand, Cambodia and Sri Lanka. 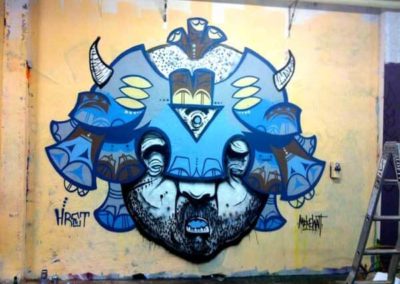 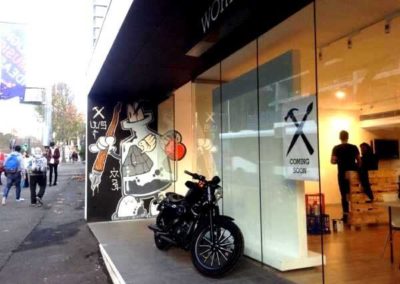 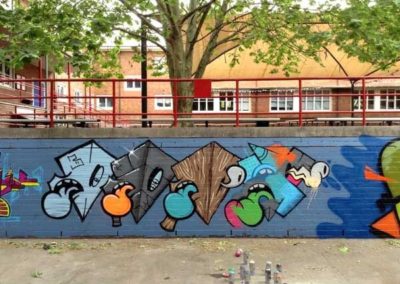 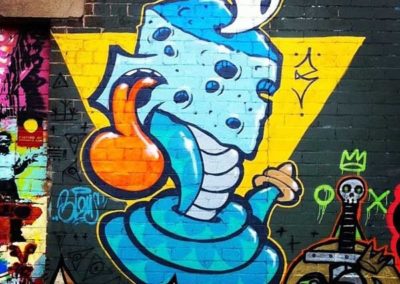 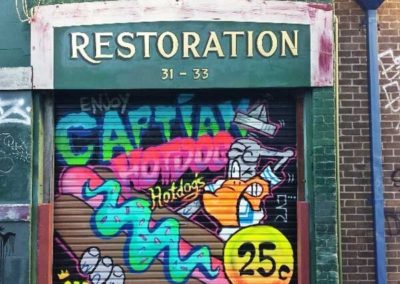 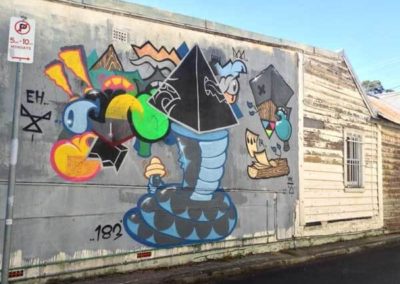 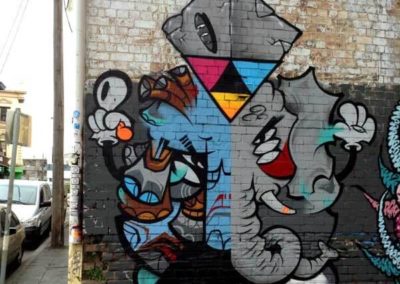 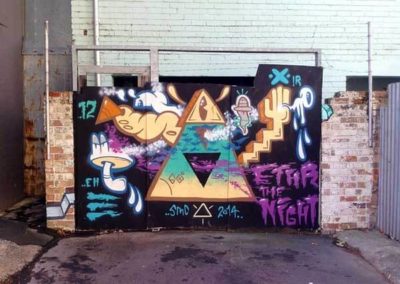 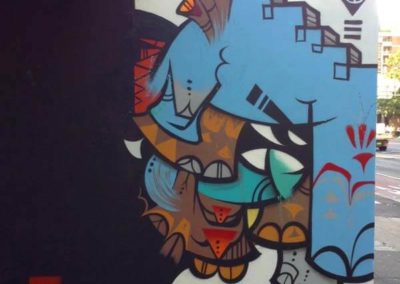