Wes21 deftly integrates both fantasy and reality and takes it to levels unseen before.

Wes21, or Remo Lienhard, is a graffiti artist that was born in Biel, Switzerland in May of 1989. His artistic endeavors started in 2001 when he began to take an interest in painting. Several years later in 2009, Wes21 attended design school, ultimately becoming a graphic designer. This led Wes21 to become a freelance illustrator/designer, engaging in such projects as large scale murals, canvases, and 3D sculptures to add an unpredictable side to what’s typically expected of graffiti artists.

Wes21 is constantly working on developing his visual vocabulary and techniques that characterize his work. Specifically, he aims to masterfully unite both worlds of graphic design and contemporary art to deliver an artistic product that is exciting and new for his audience. When observing Wes21’s art, you get a sense that there is this intentional collision of sorts between both methods, making his fans really stop and appreciate his best of both worlds. Furthermore, at the forefront of Wes21’s works are striking images that are bathed in bold colors and detail. Within his selection of everyday imagery is the incorporation of fantasy elements to add a unique intricacy to his work. Specifically, Wes21 combines images that don’t necessarily go together, but make sense when seen as a whole. These symbols are then exaggerated with modern techniques to give a more contemporary feel to his works of art.

As a member of Schwarzmaler, a collective of outstanding graffiti writers, street artists, and illustrators, Wes21 stands above the rest by successfully capturing a moment, whether real or imaginary. His detailed works are unquestionably stunning in nature, taking us to an artistic world unlike no other.

Wes21 lives and works in Switzerlands. 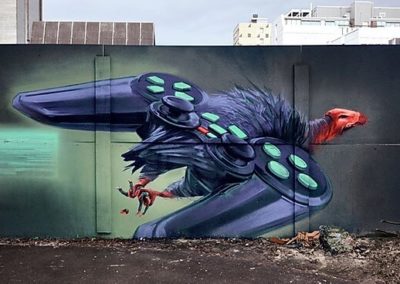 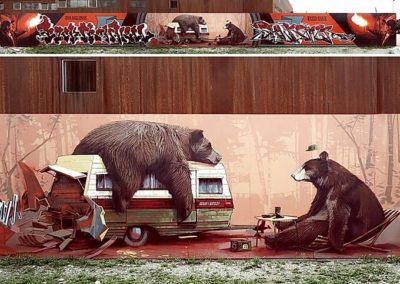 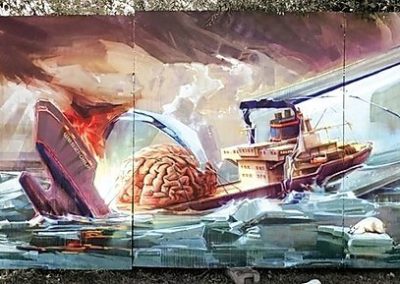 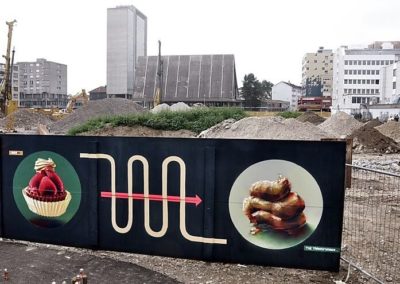 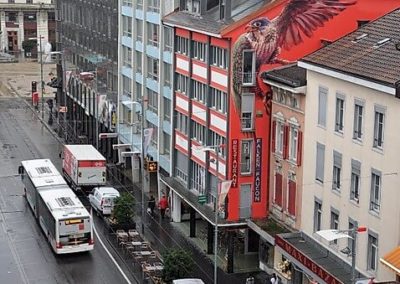 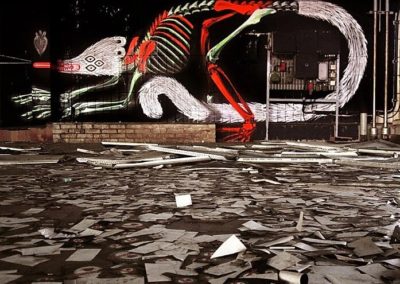 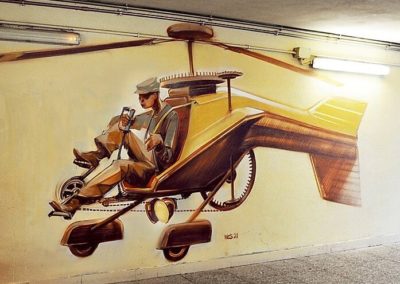 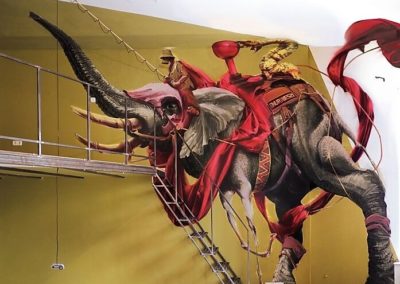 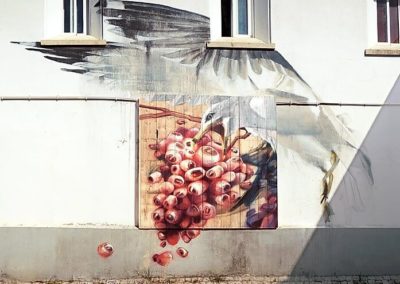 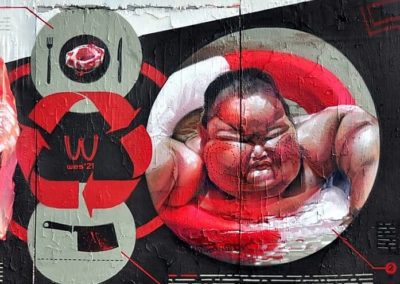 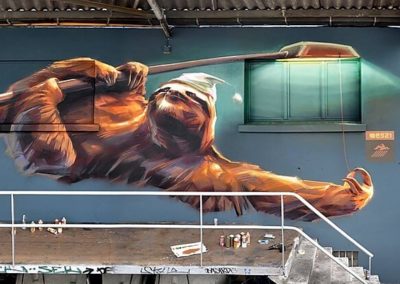