Aryz is a famous Spanish street artist and an illustrator. He was born in 1988 in Palo Alto, California but moved back to Spain at the age of three where grew up in the suburbs of Barcelona. He quickly showed interest in the graffiti scene, joined up with a local crew as a teenager and then started experiencing painting in the form of graffiti.

Aryz is known for his large-scale murals. Generally, his murals depict humans or animals of both surreal colors and muted colors. Bones are a recurring motif in the artist’s work with characters revealing their entrails, organs or bones. Regardless of its definition, Aryz enjoys using classic street art tools such as brushes, spray paint, rollers, and more. He enjoys painting in abandoned factories because people avoid bothering him there. These factories often offer a perfect location due to their huge walls and varied surfaces. Aryz attributes his skill as a painter to aerosols because that was the method that he used primarily to practice.

Aryz prefers to create large-scale murals. This quickly earns him a spot with some of the best muralists. He states that placing a shape on a wall is a simple excuse to put colors in one place or another. Aryz also prefers to avoid focusing on a specific message.

Aryz’s beautiful street art often includes gigantic creatures, arranged through strange, emotional mixtures expressing both rawness and tenderness. His art may also represent a paint palette of vibrant, cool colors which create fantastic atmospheres resembling those of science fiction. Aryz’s style is so unique that it often combines extreme colors and characters in a perfect manner.

However, his work is not limited to full-scale, building size murals since Aryz is constantly working on studio work and screen-printing as well. His work as an illustrator includes a high attention to detail and spectacular compositions. Aryz finds inspiration in everything that surrounds him, whether it is good or bad. Recently, Aryz took to painting murals on boat masts and homes in Madagascar’s small fishing villages, creating beautiful and unique pieces of art for the local fishing community.

Aryz is a very influential character throughout the globe. His presence has helped break various barriers and has earned him a spot with the very best. He has painted through various parts of Europe including France, Spain, Poland, Italy, Austria, Netherlands, Germany, Finland and Norway, and other locations across the globe like the USA, Venezuela, Japan, China and Marocco.

In 2012 Aryz painted a large-scale mural in Lodz, Poland with the Os Gemeos brothers showing a perfect and poetic symbiosis of styles between the Brazilian and Spanish artists. 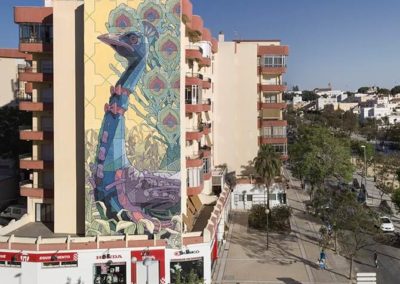 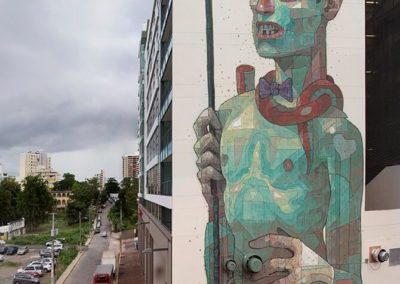 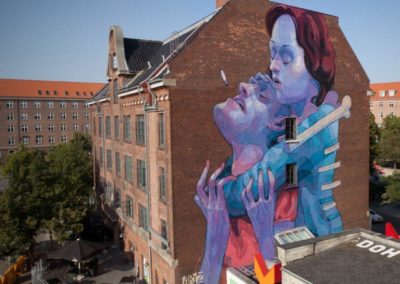 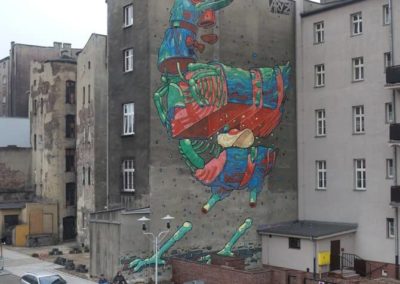 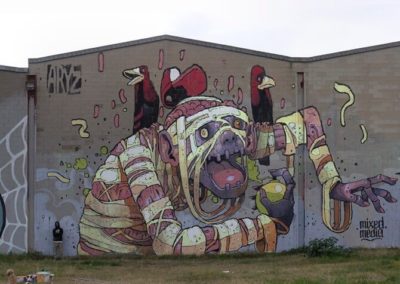 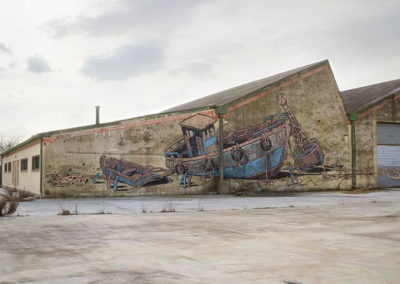 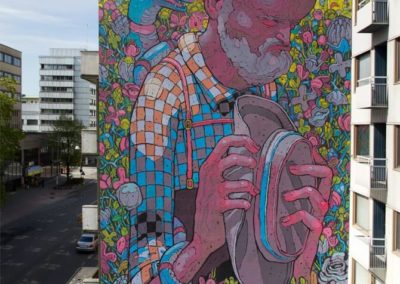 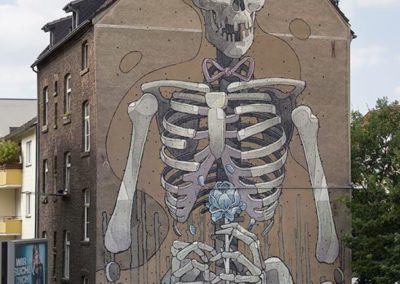 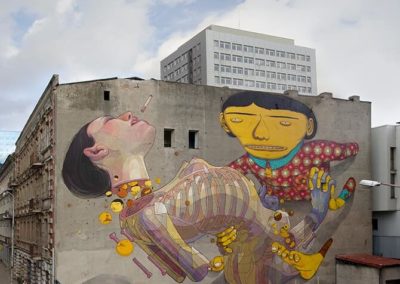 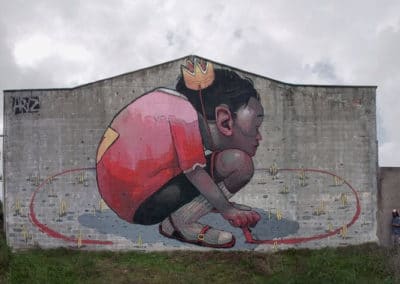