A Squid Called Sebastian (ASCS) is a Ghent-based painter, street artist and tattoo artist at Studio KILINIK who was born in 1981 in small town Belmont near Boston, Massachusetts.

He was exposed to street culture and graffiti but also the classic renaissance and surrealist masterpieces at a very young age while living in Massachusetts.He was fascinated by it instantly though it was practically non existant in Belgium, where his family moved in 1989. There he and his family travelled a lot and he was able to see many classic renaissance and surrealist masterpieces.

As a child and as a teenager he was always to be found with a sketchbook and pencil in hand, so the choice to major in comic-book design was no surprise.

After graduating with honors he spent a short two year period in advertisement doing roughs and storyboards. This left him with an unsatisfied and unchallenged feeling. In 2010 he took his old job back in a nightclub, turned his back on advertising and decided to focus on his own vision and inspiration.

Six months later he organised his first solo show and started to school himself in execution of larger scale projects.

In 2011 he and two befriended musicians organised an art/music tour throughout Europe. The tour, 9000miles, was meant to reach out to artists and musicians in each city they passed.

He had several solo-shows and has been selected for many group shows and mural festivals worldwide where he painted stunning walls in Paris, Shanghai, Montreal, Miami, Patras and Loures. He has been regularly invited at internationally renowned Art Basel Miami where he has painted multiple murals in art district Wynwood. He was also part of Canada’s largest street art festival Mural in Montreal and more recently collaborated with URBAN NATION on Project M/13 : ‘The Monster Project’ along with Herakut, Onur and Wes21 in August 2018 in Berlin.

He vows to continue his course until he drops dead, so keep an eye on him. 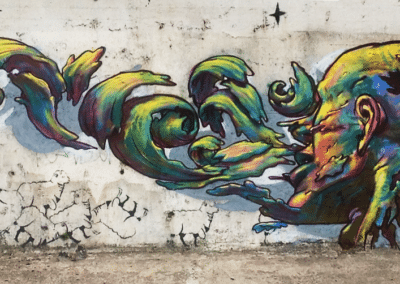 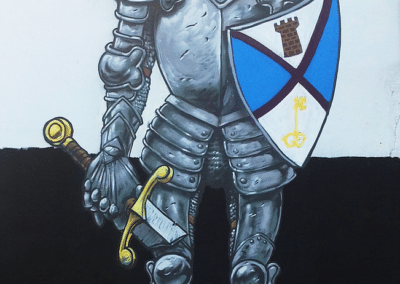 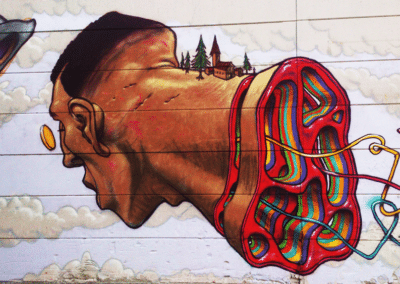 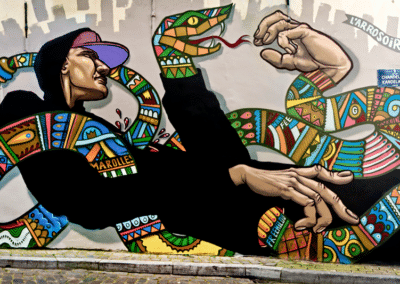 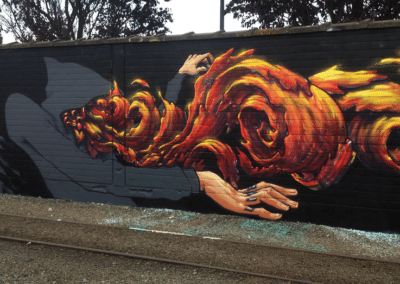 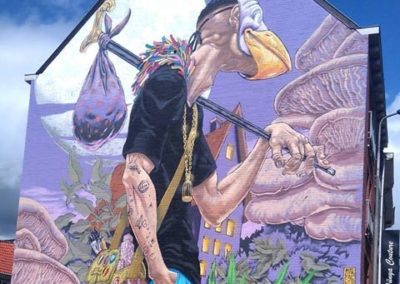 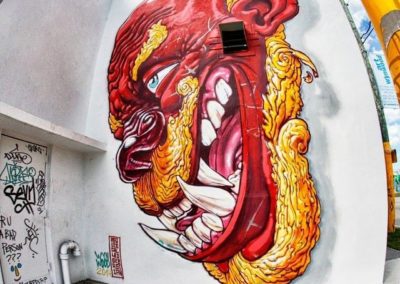 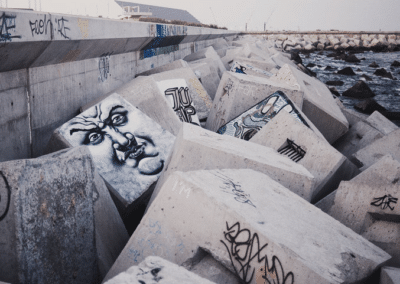 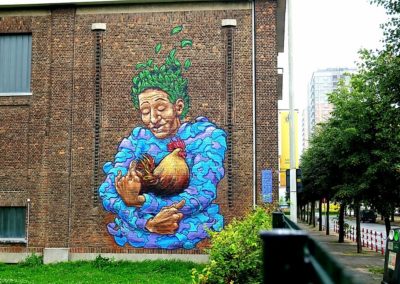 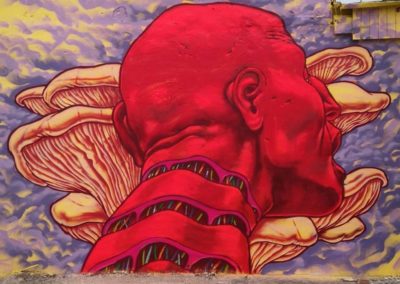 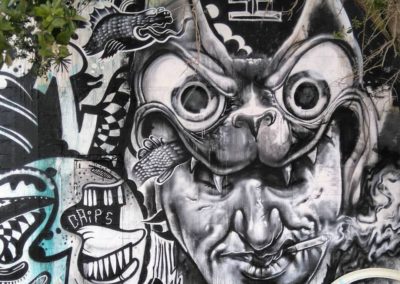