Andrea Michaelsson, better known as Btoy, is a Spanish female stencil artist mostly famous for her works based on old photographs of iconic women, most of them from the 1920’s-1950’s.

She was born in 1977 in Barcelona, Spain. She studied law for four years before realizing it was not the career she wanted, and began to study photography. Her artistic education primarily was achieved during a three year period at the Institute of the Photographic Studies of Barcelona . She is best known for creating extremely fine, detailed stencils.

Btoy primarily began focusing on street art around 2002, when her mother passed away. She was around 26 years old. Btoy found that painting helped offer an escape route from her stress, mostly because it completely distracted her mind. The photographs she worked on during her time at the Institute were a basis for her painting.

Photography helped Btoy identify whom she was portraying. The photographs of Cartier-Bresson and their composition influenced her greatly. She also sought influence in Hollywood actresses like Clara Bow and Louise Brooks, and their silent films. These women were the first liberated women and flappers.

Soon after, Btoy began to use Photoshop to incorporate and combine photography with painting. This helped her identify light and shadows more easily and it also created a point of reference for her stencil-making techniques.

By then, she began to realize her love of working and improvising with a variety of art mediums. These improvisational experiments were a combination of working with free plastic techniques, spray paint, acrylic paint, and other mediums. This variation of techniques led Btoy to create sensational stencil pieces.

Her street art stencils often portray the importance of women, and sometimes incorporate famous portraits. Most of these women are female icons from the 1950’s, often depicted through powerful brush strokes combined with very acute stencil lines.

Btoy began to paint in the streets as opposed to any art studios. She had friends on the streets and these friends helped collaborate paintings of different styles together with her. Barcelona was a hotspot for artists, and street artists from Sweden, France, England, and many other cities soon followed. Step by step, Btoy developed her style.

Btoy presents beautiful art from iconic images. She first worked in collaboration with artist Ilya Mayer and is currently working on her own. This includes creating posters, murals, prints, and canvases.

Btoy prefers to place street art and posters in old places. These places may include rust on a door and old textured walls. Since her debut, Btoy has grown and evolved within her career as a street artist.

In 2005 Andrea Michaelsson started exhibiting her art indoors, in the art galleries. Btoy’s work is now exhibited in galleries around the world in Los Angeles, London, Düsseldorf, Dortmund, Barcelona, Brussels and Mexico. She has also participated in art festivals. In 2008, she has been invited by Banksy in the Cans Festival in London, along with fifty of the best stencil artists in the world, where she realized several murals and installations in a tunnel at Waterloo Station.

Besides her hometown Barcelona, her street works can be seen in Paris, Amsterdam, Malaga, Djerba, Athens, Budapest, Düsseldorf and Beirut.

The artist lives and works in Barcelona, Spain. 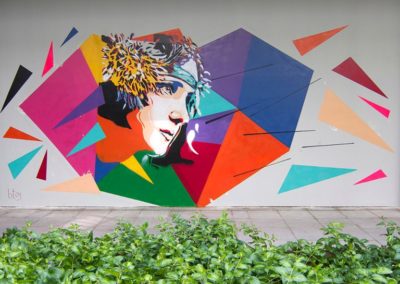 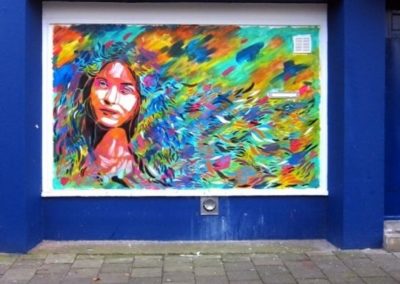 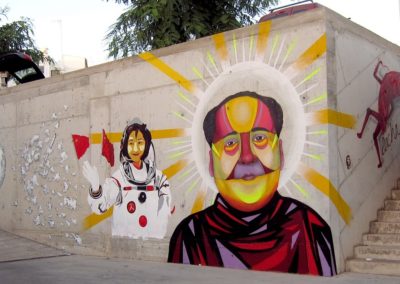 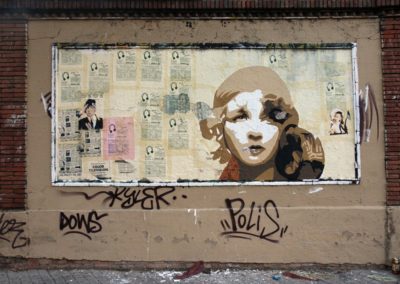 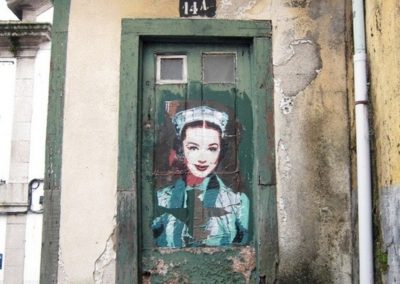 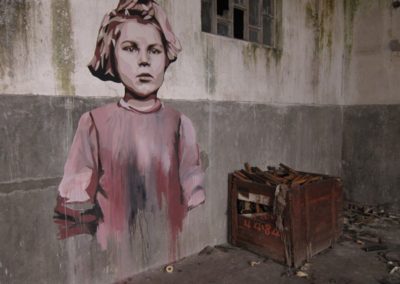 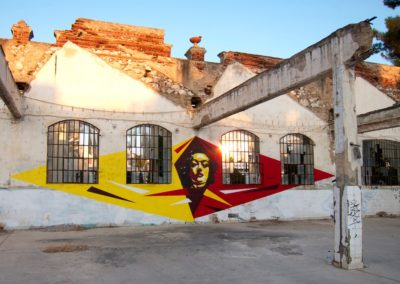 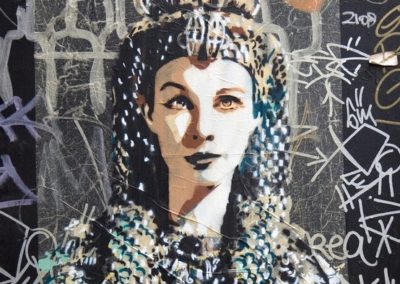 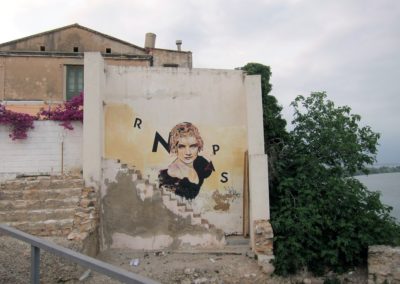 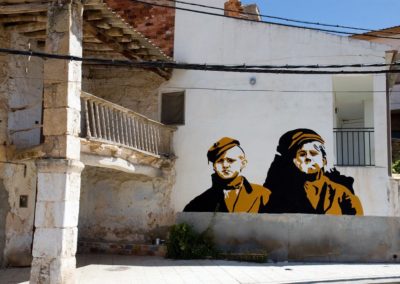 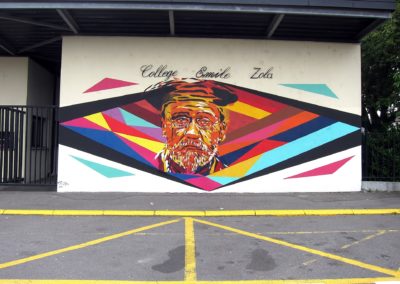 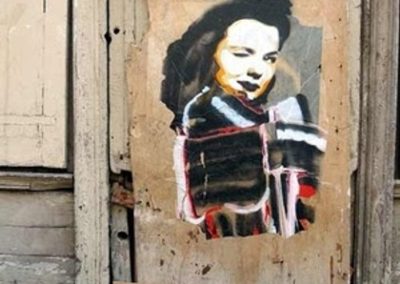 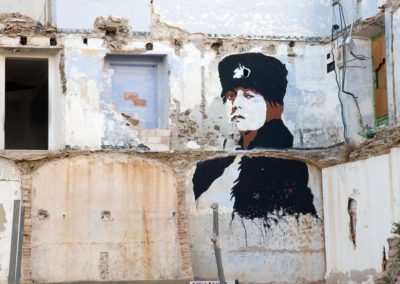 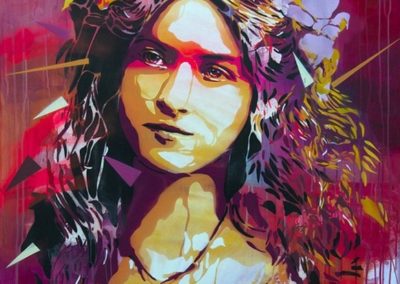 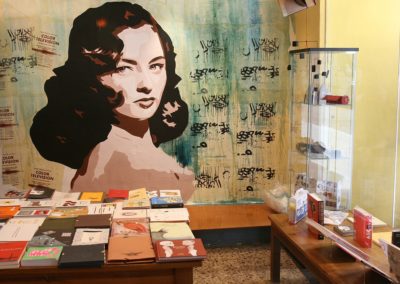 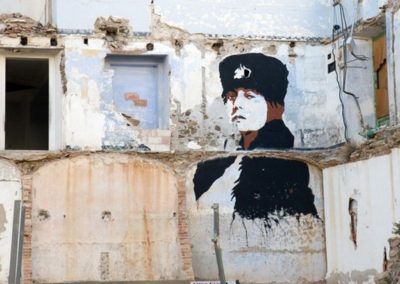 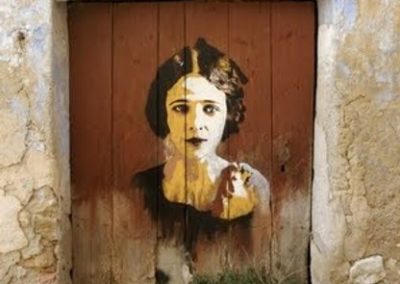 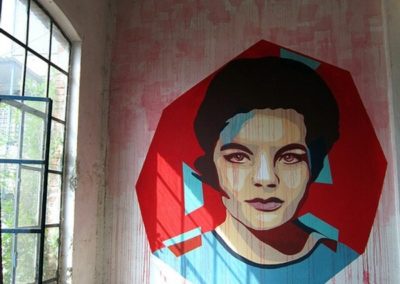 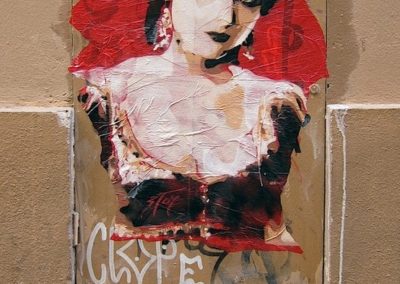