Dadi Dreucol is a Spanish multi-faceted artist, painter and photographer. He started graffiti at the age of 12 and then studied at the Malaga School of Fine Arts and moved to Valencia to complete his art studies. Read backwards Dadi Dreucol becomes “locuerdidad”, a word he coined that refers to sanity and which became a concept reflected in the artist’s work. His works portray a peculiar half nude, bearded man that, according to the artist, represents a character free from the rules of society. Most of his paintings are based on the artist’s own photographs.

Ideas and theories about the environment and society in which we operate are symbolized in a public space, forcing the viewer to upend their daily perspective of life. The topics upon which Dadi Dreucol reflects are widely varied, and are always available to the curious eyes of passers-by.

Dadi Dreucol loves to experiment with the environment as well. To him, the streets are a living, constantly changing body; this perspective emphasizes the element of surprise in his works, as the viewer is left to interpret his ubiquitous bearded man in various elemental situations. Dadi Dreucol is constantly moving between the figuration of a piece and its conceptual parts.

The largest series done by Dadi Dreucol to date is titled Una Vida (One Life). This series is represented by his bearded, naked character, a longtime characteristic of Dadi Dreucol, who is painted in a variety of situations throughout different cities. This character, who is often seen without supplementary context, is presented with universal problems and concerns within the artwork.

Because of the absence of his clothing, this bearded character is removed from any standards or social status, anonymously playing a role in society. The man represents “an action within a painting” (CAC Malaga). He does not inform the viewer of the actions he intends to take so much as asks the viewers to consider a different viewpoint than they are used to.

Dadi Dreucol painted his first street mural at the age of twelve, and moved on to obtain a degree in Fine Arts. He first began his exploration into the art world first through graffiti, and now through other perspectives, including frequent exploration and investigation of street movement. These different perspectives are often a reflection of the artistic movement taking place outside of the mainstream media.

Dadi Dreucol prefers to separate his personal identity from his artistic identity, the latter of which was born in 2007. Much of his work is in Valencia, Spain, though he has participated in various international art festivals such as Bloop Poliniza in Ibiza, group exhibitions such as Hall of Spring in Barcelona and La Rue in Valencia. He also participated in large street art events like MAUS Malaga in 2013 along internationally renowned artists like Shepard Fairey, DALeast, Faith47, Roa and D*Face, and Muros Tabacalera in Madrid in 2016 along Alice Pasquini, Btoy and Okuda among others. 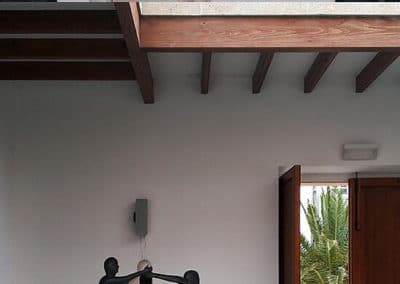 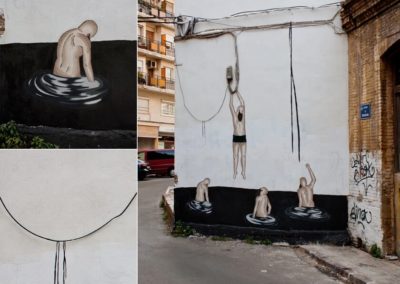 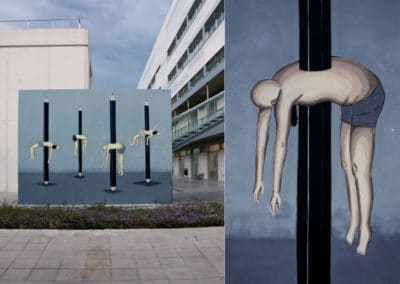 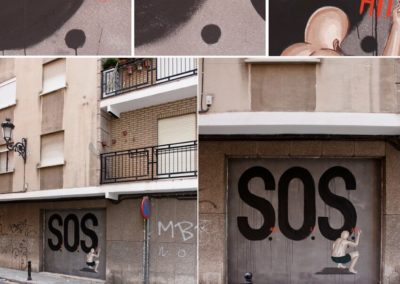 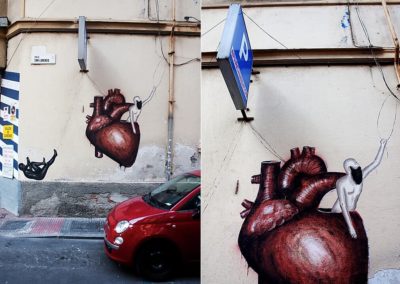 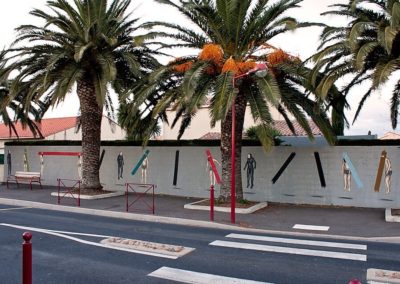 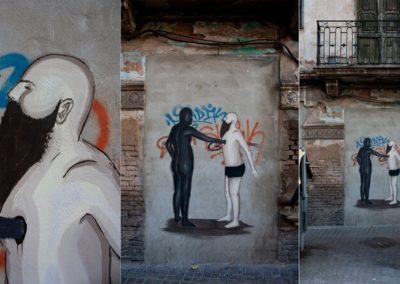 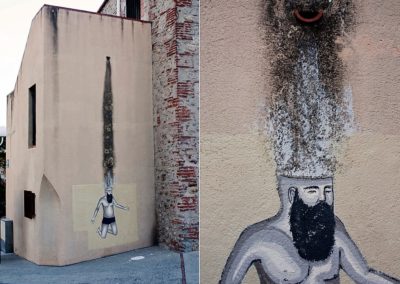 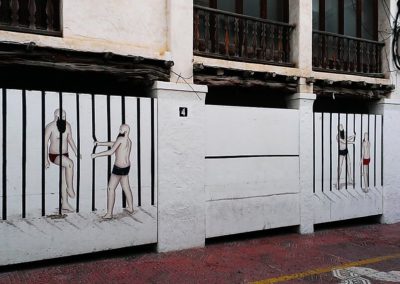 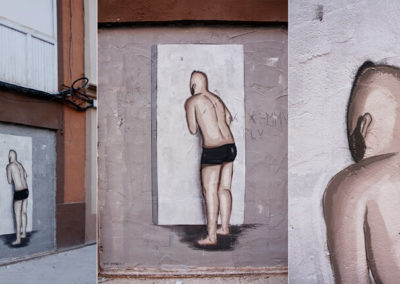 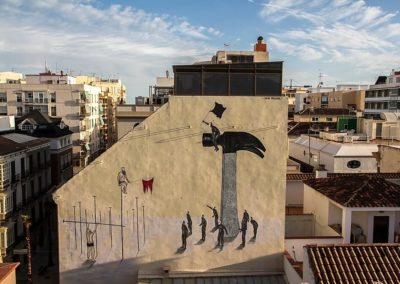 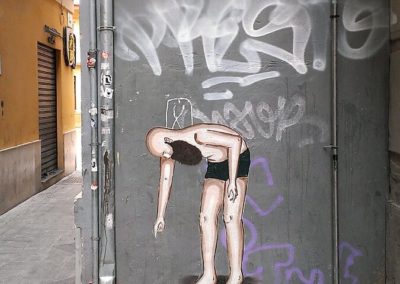