Dean Stockton, better known as D*Face, born in 1978 in London, is an English street artist who is recognised as one of the most prolific contemporary urban artists of his generation.

D*Face grew up in London and developed an interest in drawing and graffiti in his childhood. As a teenager D*Face was fascinated by the USA, the American Dream, skateboarding and drawing. He discovered street art when he was 15 while discovering Henry Chalfant‘s coverage of subway graffiti in New York City in Spraycan and Subway Art and also Thrasher magazine’s coverage of skateboard deck graphics. The artist also credits his influences to Shepard Fairey‘s « Obey Giant » art campaign, Jim Philips, hip hop and punk music as well as popular animated cartoons.

D*Face attended an illustration and design course and began working as a freelance illustrator/designer. At the same time, he started his street work. D*Face is working with a variety of techniques and mediums like spray paint, stickers, posters, and stencils. His style is highly recognisable with the use of a pop art imagery reminiscent of the work of Roy Lichtenstein or Andy Warhol.

His murals depict men and women, often with a thought or a statement, who seem to come from comic strip page. Those are presented as dysfonctional characters to saratirise our society and particularly our will for fame, overconsumption and materialism. Images and motifs from currency, advertising, comic books, cultural and famous figures like Marylin Monroe or Queen Elizabeth II are used to highlight and comment upon our dark obsessions.

The artist also produced commercial works like the cover art for the Blink-182 album « California » which was released on 1 July 2016 as well as the artwork for Christina Aguilera’s album « Bionic » in 2010. D*Face was also one of fifty artists commissioned to create a 50th anniversary Penguin book cover.

In 2005 D*Face set up the gallery StolenSpace in Shoreditch, London. Specialised in urban art and underground art, the gallery has exhibited the work of prominent artists like C215, Herakut, Maya Hayuk, Miss Van, Okuda, ROA and Shepard Fairey among others. 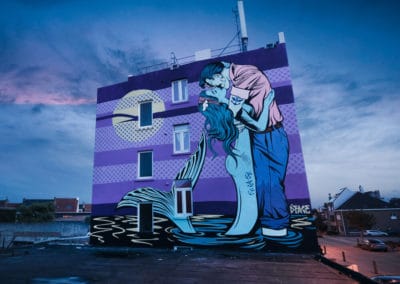 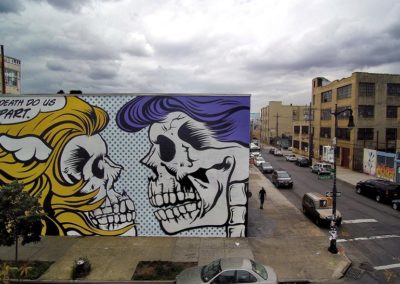 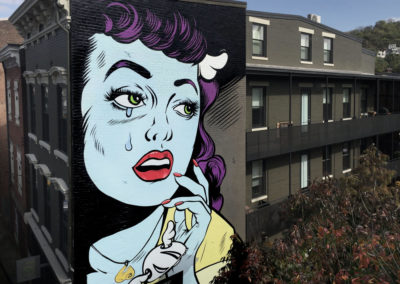 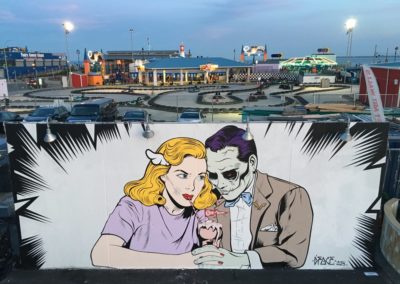 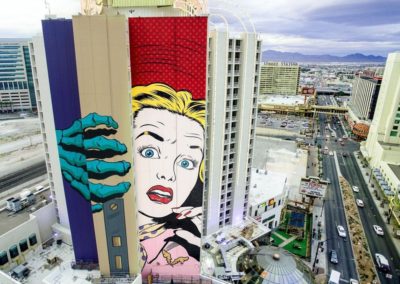 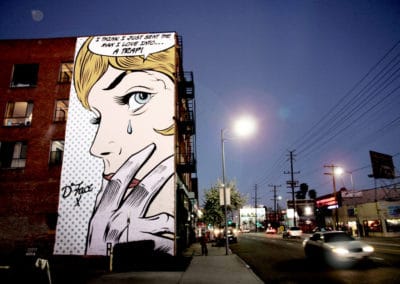 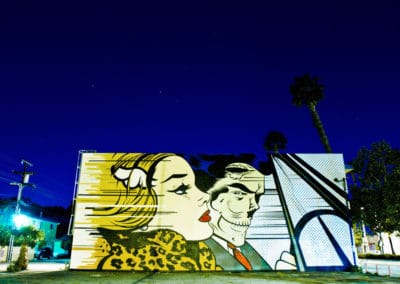 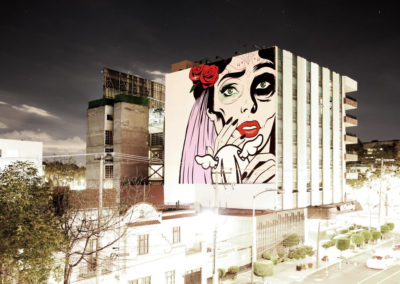 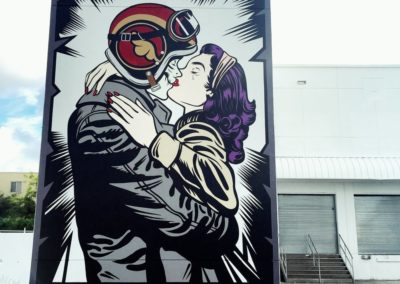 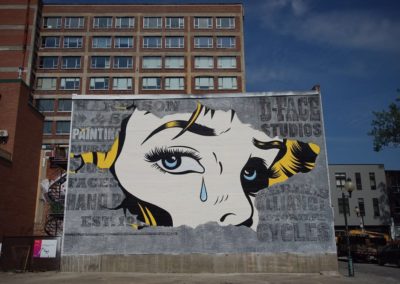 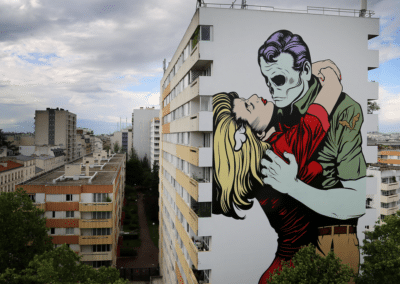 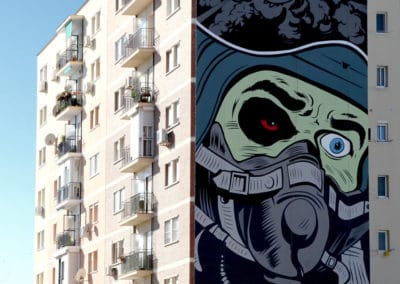 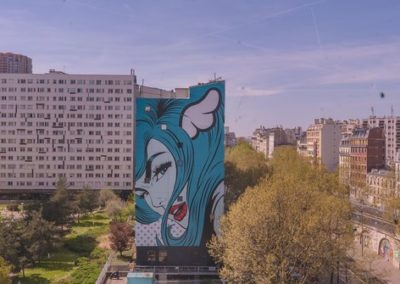 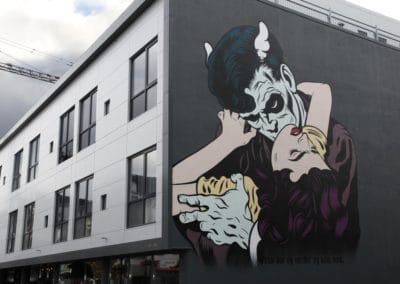 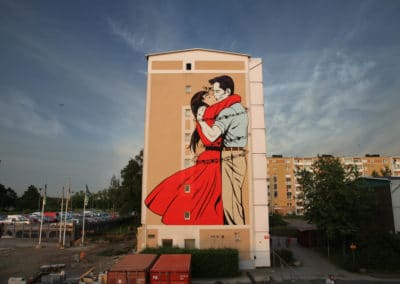