Joos van Barneveld, better known as Digital DOES, is a multidisciplinary international artist recognized for his dizzying choice of colors, clean style and eye for detail. Does was born in 1982 in Veghel, The Netherlands and he has been perfecting his craft since 1997 at the age of fourteen.

Taking root in graffiti art, traditional letterform is Does’s primary love. He maintains that different hand styles betray elements of their owners’ emotional landscapes, putting personality traits subconsciously on display. Only using the letters D, O, E and S as a foundation, he continues to elevate these etchings to new heights. Through an explosion of color and shape, letters assume narrative.

Does’s continuous search to innovate and perfect his style display his disciplined nature. Dedication, focus and self-restraint are engrained in him after living the life of a professional soccer player until the age of 28. This path was set at the age of 9 when he was selected to train with the youth selection of one the Netherlands’ professional soccer clubs. As an outlet to his existence in the public eye, he lived a double life as an aspiring graffiti artist.

While home alone, couch-bound and recovering from numerous injuries, his talent continued to develop in elaborate drawing sessions. When he was forced to give up his career as a professional soccer player due to injury, it presented a new opportunity: the chance to focus solely on his art. Having already committed many underground years to the graffiti scene and style, he quickly carved out a reputation as one of the best exponents of the craft. Currently, he creates graffiti because it makes him feel good and it is the perfect distraction from the everyday routine.

Although his graffiti style is very pure and true to it’s cultural roots, Does doesn’t want to be bound by what some call the graffiti rulebook. Self-taught, his inspiration is derived from memories not only from his native country, but also extensive travel abroad. His art is now also featured in collections across the globe. His graffiti style is also a combination of basic style with wild style. Most of his graffiti also presents strong graphic influences. Digital Does enjoys developing his own graffiti style; often creating 3d blocks in non-traditional fashion by mixing them up a bit. A few years back he focused on the effects of 3d in his graffiti style but now he focuses on each letter separately.

Back home, Does is co-founder of the LoveLetters crew, a creative collective of ten European writers, and a member of the Ironlak Family. Ironlak, an established Australian paint brand, named a color after him: Dieci Does. This name is a direct reference to the shirt number he wore as a professional soccer player – number 10. He currently lives in Sittard, a small city in the South of the Netherlands, Europe near the German and Belgian border.

Over the years, Does’s graffiti work has diversified into illustrative drawings, prints and canvasses. No matter the medium, his work breathes exuberance – bright, dynamic, and full of energy, Does’s meticulous craft and worldly attitude make for instantly recognizable artworks. Although Digital Does has been affiliated with numerous commercial jobs he prefers to use his time developing his style. His favorite graffiti spray paint is Ironlak and he also uses a variety of materials for sketches. In fact, sketching is a part of his daily life and he makes is a weekly program. Over time, his blackbooks have helped him identify his growth and evolving graffiti style.

Digital Does currently is a part of LoveLetters with graffiti writers Nash, Tumki, Chas, Dare, Dater, Ozer, Sean2, Biser, and Rusl. He also represents the Ironlak Team Europe with Storm, Banos, and Bates.

Quote: “He who does creates” – Digital Does 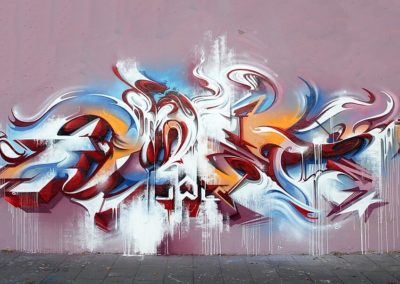 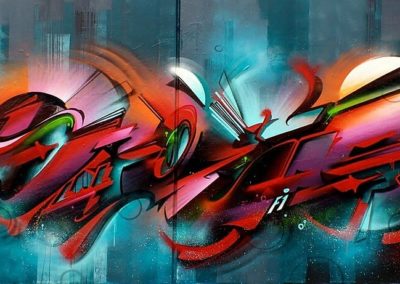 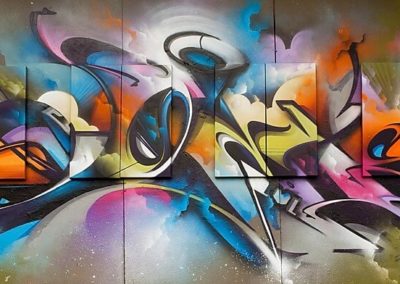 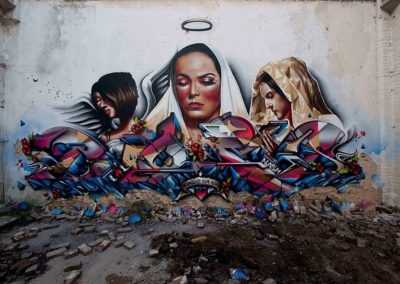 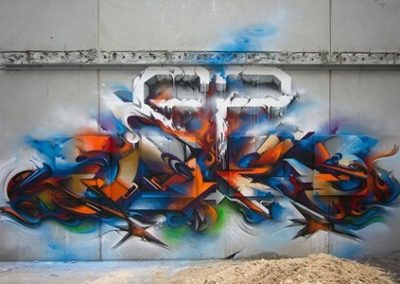 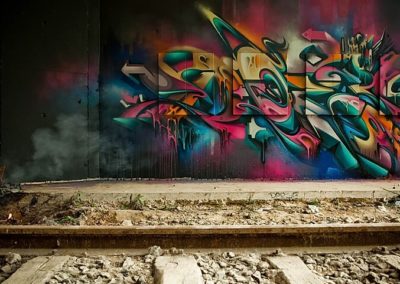 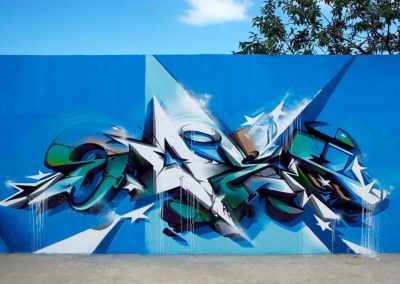 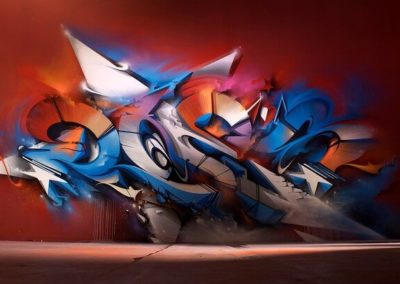 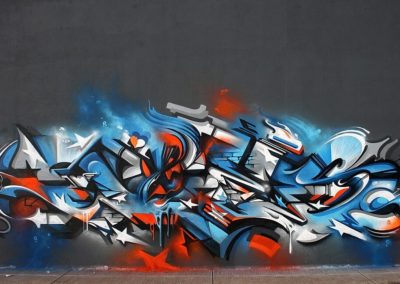 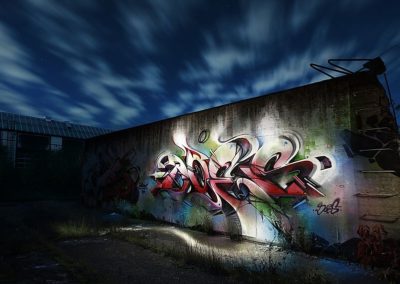