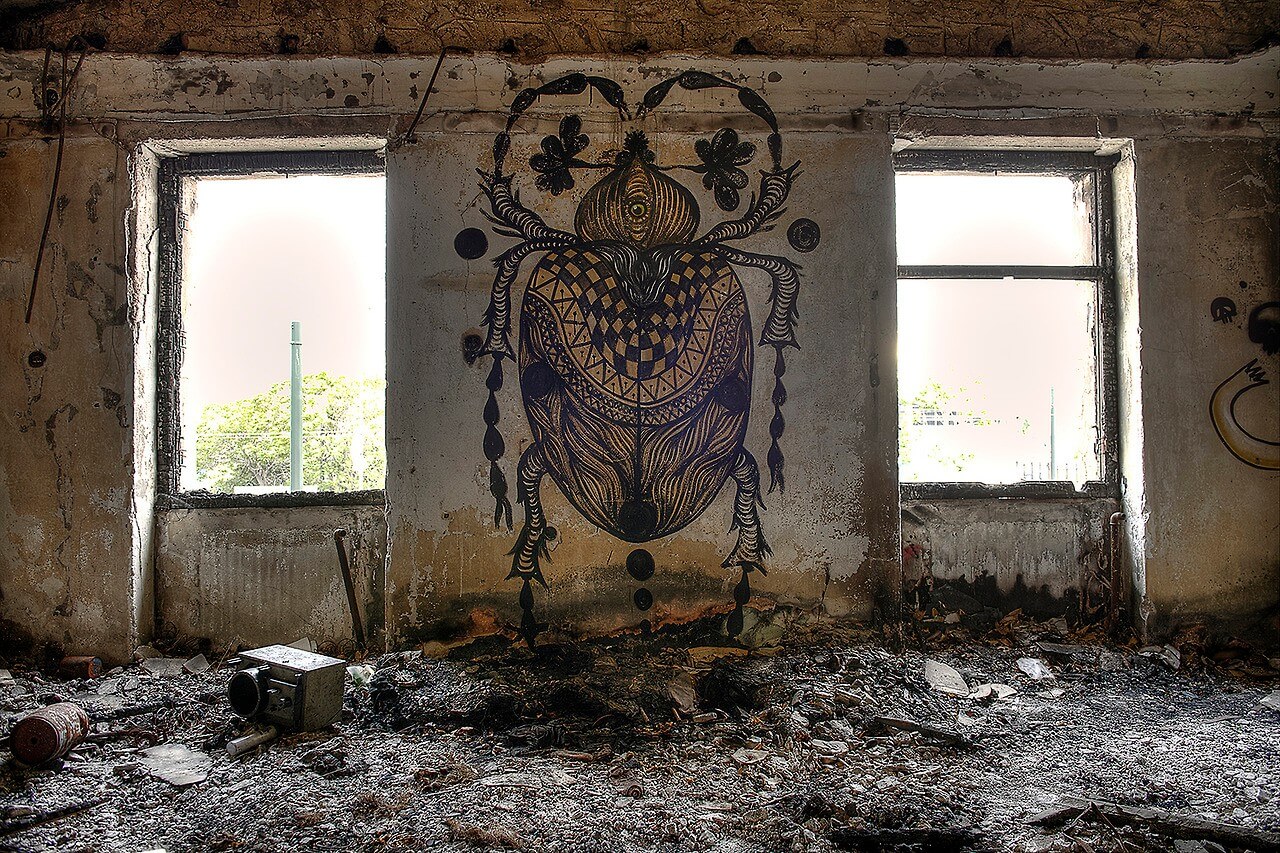 Who are you ? And where are you from
I am Dimitris Ntokos from Greece and I’m making my scarabs all across Athens, based on irregular forms, combining patterns, geometrical forms, symbols and illusions.

What does your name mean ?
It’s just my name.

How and why did you get into street art ?
I started long ago doing graffity with friends and street art was a natural outcome.

Spray cans or brush ?
I use both but mostly brush.

Colors or black and white ?
Colors.

Who are the artists that have influenced you ?
The ones that influenced me the most are street artists Sonke and Sego, but normally I’m influenced by many artists, as well as by anything I see and I like.

What do you think about graffiti ?
Graffiti for me is a mean of creativity and expression. After all, if it wasn’t for graffiti, we wouldn’t have street art.

What is the question that I did not rest to you and has which one you would have liked answering ?
… 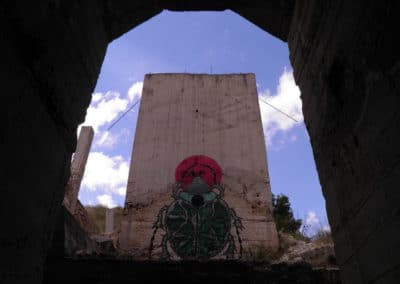 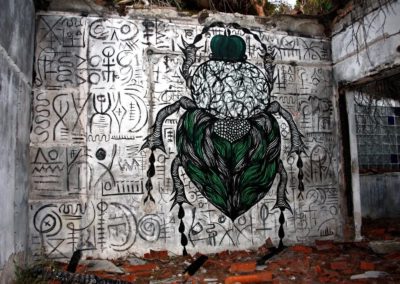 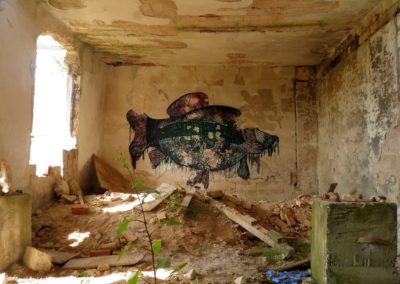 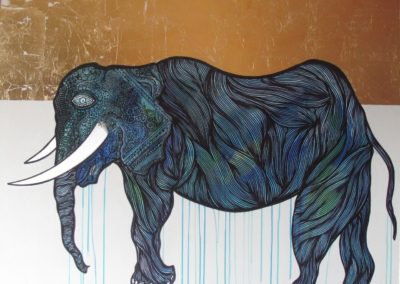 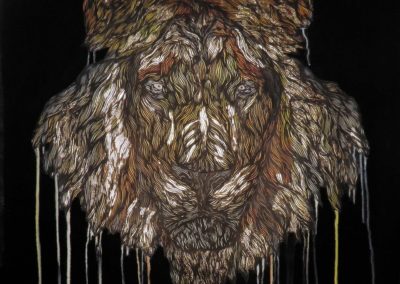 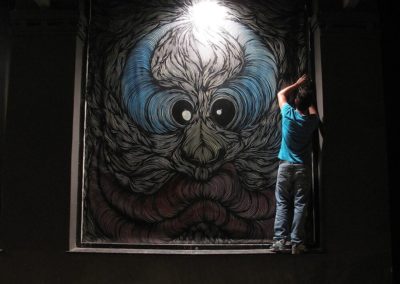 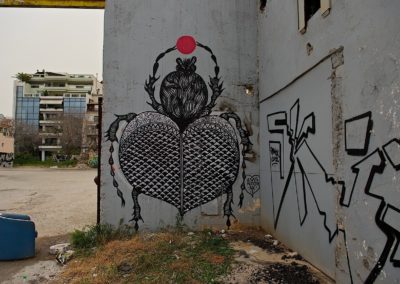 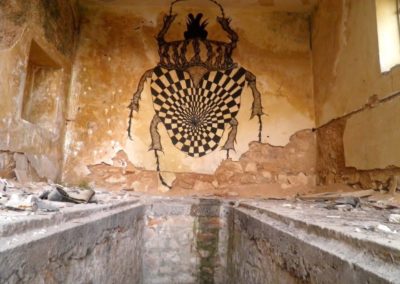 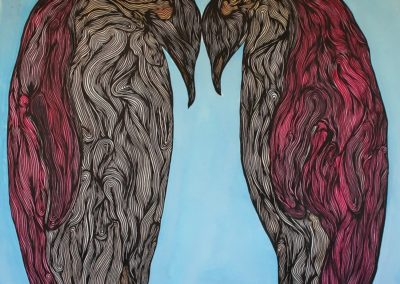 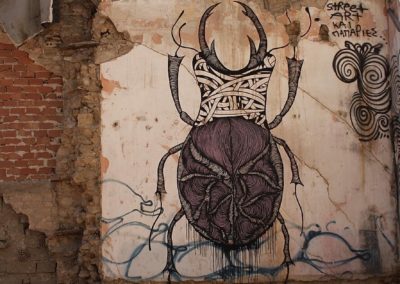