Przemek Blejzyk aka Sainer (1988) and Mateusz Gapski aka Bezt (1987) compose graffiti duo Etam Cru. Born and raised in Poland, both met while studying fine art at the Academy of Fine Arts in Lodz. They started painting together after graduating from the Academy in 2010. Today Etam Cru is considered most accomplished in Polish street art.

Sainer is a freelancer who creates murals, graphic design illustrations as well as portraits. Originally known under the moniker “Sain”, he is referred to as “Sainer”. He developed a strong passion for Arts during his teenage years and started painting at the age of 16. His works are charaterised by realistic depictions of characters. Those figures are often painted in unusual contexts with a surrealistic twist. Sainer’s individual pieces can be seen throughout Europe as well as the USA

Bezt’s attraction for graffiti dates back to his young age and he initiated street art in 1999. Now specialised in frescoes, Bezt is known for his fantastical, dream-like murals that generally feature realistic portraits of women, floral motifs and animals. His compositions always feature a unique central figure that gives a sense of melancholy to the artwork

Together they paint massive murals that are often several stories tall. When they paint together, Sainer generally paint people and Bezt focuses on animals. They always have a big brainstorm before working on a wall together. Their common pieces are usually full of colours with references to Eastern European folklore and mysticism, and the psychedelic culture. Even if most of their murals are infused with melancholy, they also play with humour and sarcasm. Together they have painted large-scale murals throughout Europe as well as in the USA, Australia and Dubai.

Bezt and Sainer have exhibited their works under the name of Etam Cru throughout the world, and they have participated in various group shows and urban festivals like the renowned Richmond Festival in the USA (2013), Nuart Festival in Norway (2014), Memorie Urbane Festival in Italy (2014) and Wonder Walls in Australia (2015).

Both artists live and work in Poland. 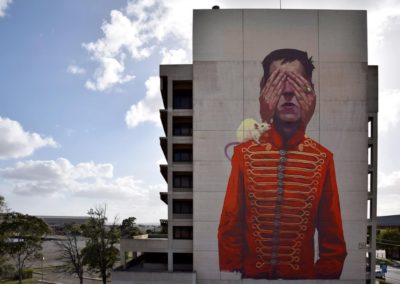 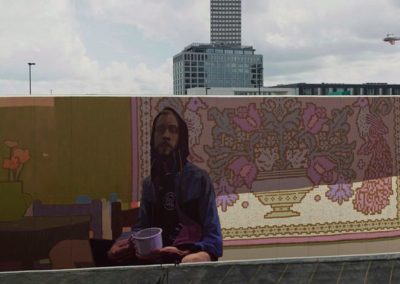 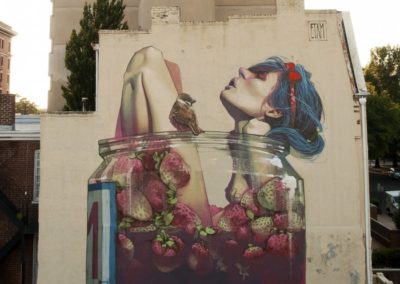 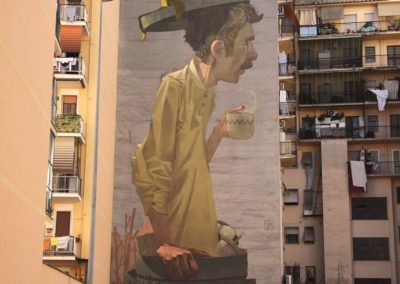 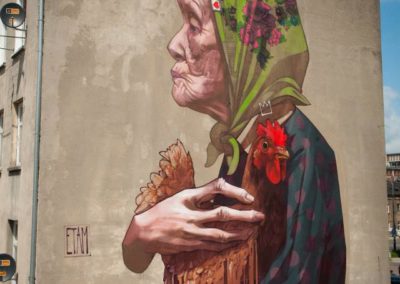 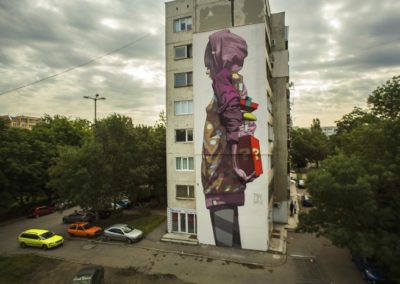 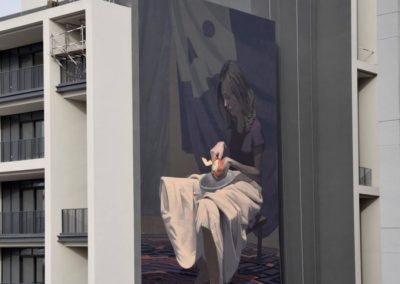 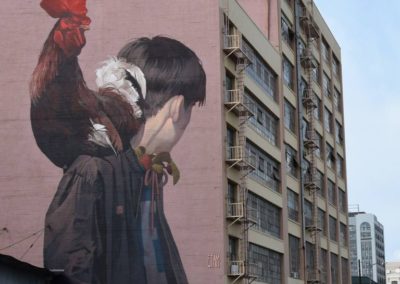 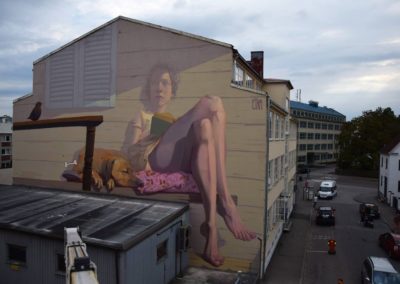 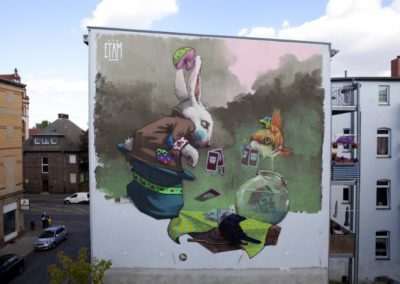 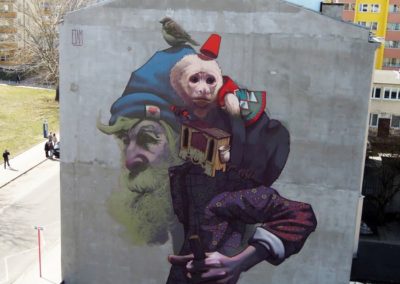 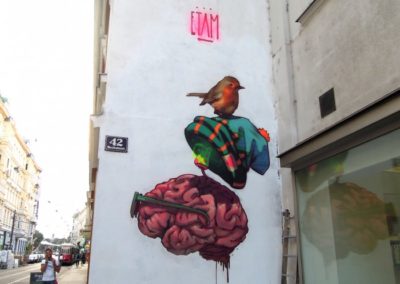 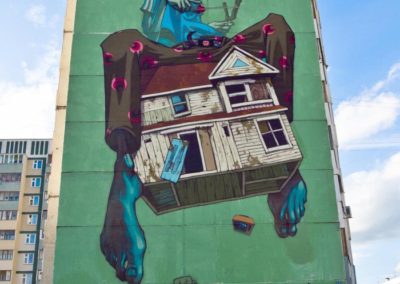 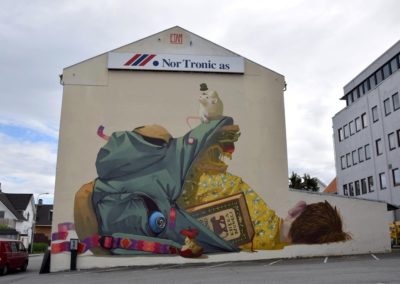 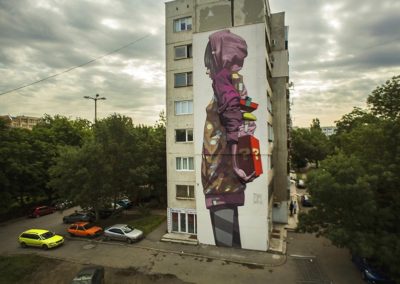 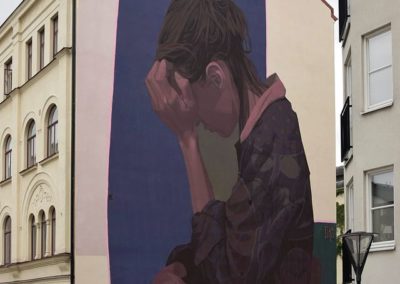 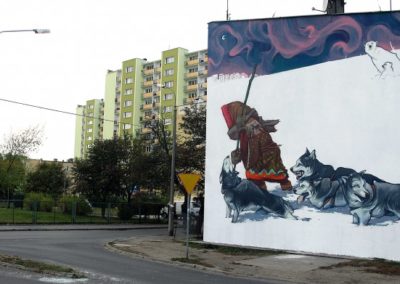 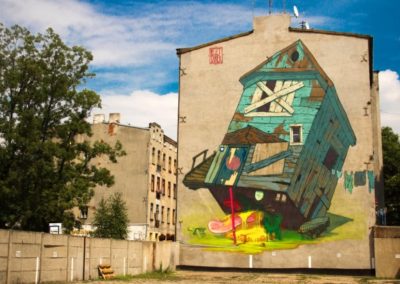 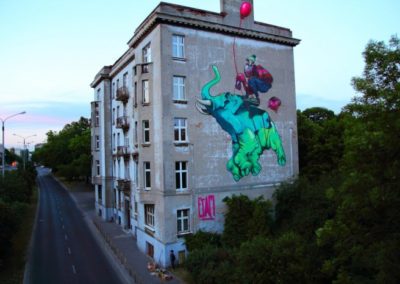 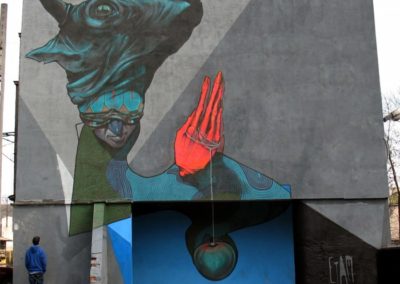