Rafael Fernandez, better known as Flix, was born in 1976 and raised in the Venezuelan capital of Caracas. He is famous for his distinct style of transforming objects, walls and places into strong geometrical colourful art with an evident Aztec influence. He has been active for years on his local streets, and has created many stunning street art projects using a wide range of techniques.

Flix’s first experience with street art started in 2003, precisely when the Iraq war broke out. While surrounded by an atmosphere of sadness and rejection due to the war, he decided to make some stickers containing messages against the Iraq conflict and others in favour of peace. He also created stencils in different sizes to reinforce his message. He then created his first totem robots. Regarding his choice of colour, Flix mostly uses yellow, blue and red, the colours present on the Venezuelan flag.

Flix dreams of transforming the streets and society through art and culture. He considers himself an observer. When he travels outside of his hometown, he analyses deeply the space and its urban elements while imagining future layouts. Urban elements are the trigger of his creations and the key in the compositions. He locates his work in unobstructed spaces, or at least, where there is no visual impediment for the passers-by. He always aims to leave a mark by transforming forgotten spaces into landmarks.

His work can be found sporadically on traffic lights poles, hydrants, pre-stressed concrete cylinder pipes, abandoned ships, fences, walls and façades in isolated spots. We can find Flix’s artwork mainly in Venezuela but also in other European cities such as Paris, London, Venice, Barcelona, Berlin and Dresden. 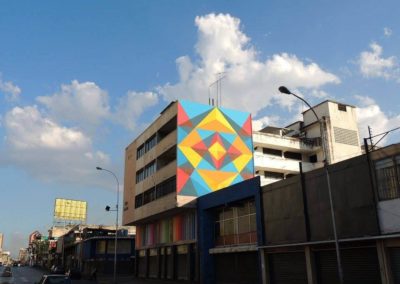 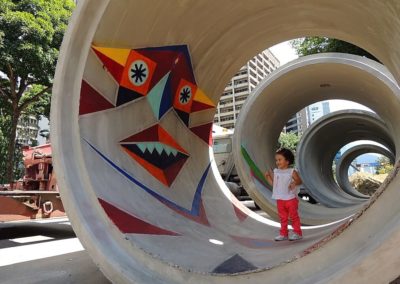 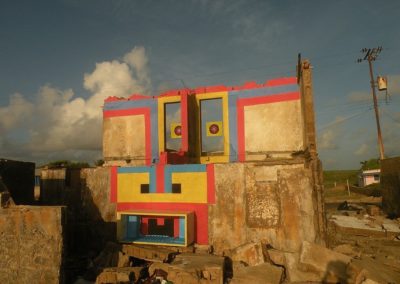 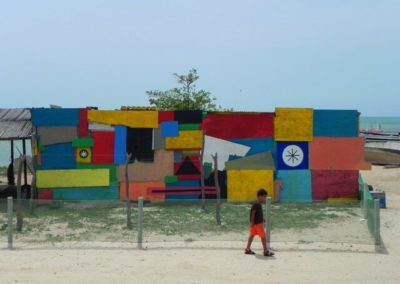 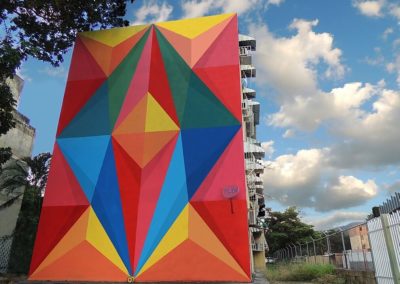 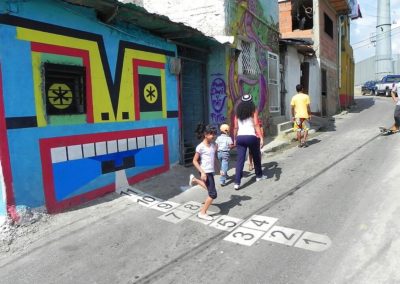 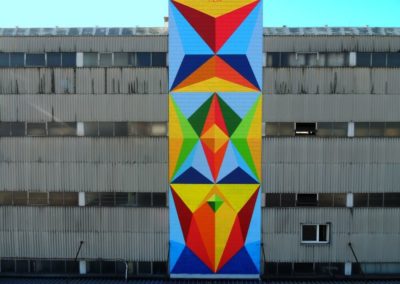 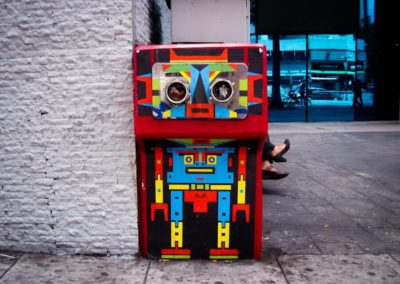 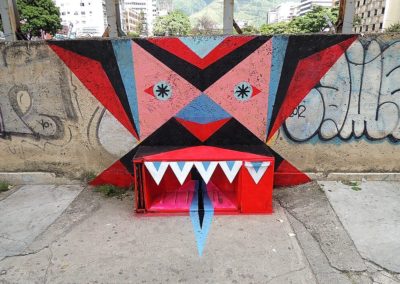 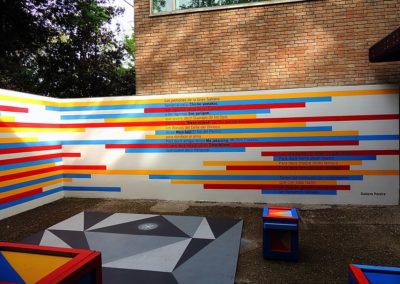 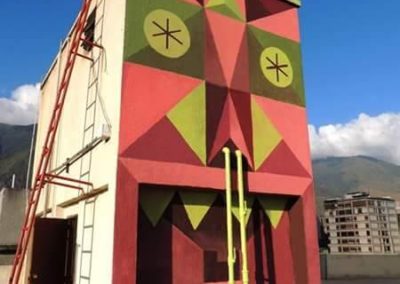 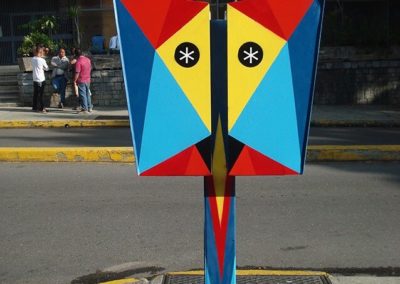