James Bullough and Addison Karl, also known as JBAK, was an artist duo. With their latest projects and exhibitions dating back to 2013, both have been working in their separate ways. Originally from Baltimore and Seattle, Bullough and Addison now live and work in Berlin. Though their styles and approaches were different, their shared interests in art and culture and their desires to experiment within the limitlessness of their mediums, brought them together. Their mutual love of travel, urban societies, and the people who inhabit them, led to the development of a more cohesive theme of unity and humanity.

JBAK blended their contrasting styles into a mashup of antonyms: realism vs. illustrative, expressive vs. precise, hard vs. soft, black vs. a spectrum. The pair sought desirable locations paying close attention to the space and the people that live and work within it. Their intent was not to disrupt but rather, to integrate their art into the existing environment, creating harmony, balance, and adding life to an otherwise colorless wall.

James Bullough’s main focus is photo-realism, with attention to ambient and deep space, layers, and geometric forms. Influenced by the urban culture he saw as a youth growing up in Washington, DC and fascinated by the Old Masters’ paintings techniques, Bullough’s work combines contemporary street art techniques and materials with those of realist oil painters, creating pieces of vivd colour and masterful detail. Whether working with spray paint on massive facades or oils in his studio, Bullough’s artwork strikes a delicate balance between realistic portraiture and stylized distortions, straddling the space between traditional and contemporary.

Conversely, Addison Karl’s work is produced using a hatch drawing style, which utilizes fine lines and details to create fantastic illustrations that, when viewed together, unfold and evolve dependent on the physical position of the viewer. Most of his work is figurative, with inspiration from the surrounding community.

Together, JBAK created large-scale murals, which highlighted their differing design aesthetics while at the same time, reaching a common goal—to give people a reason to look up, around, and beyond themselves. JBAK has participated in numerous festivals such as Sarasota Chalk Festival in Florida in 2013 and Artbase Festival in Berlin in 2012. 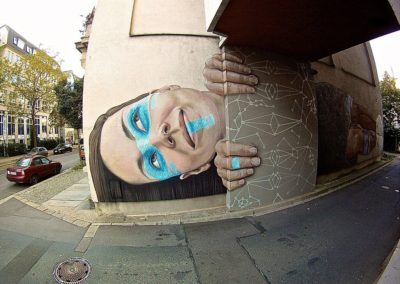 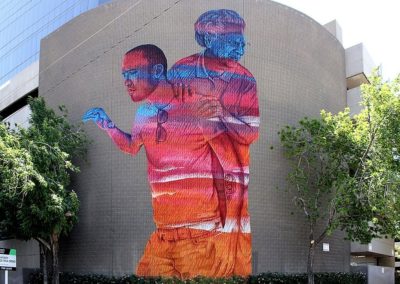 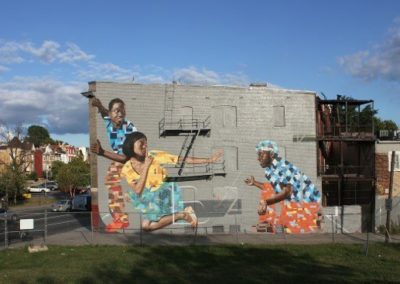 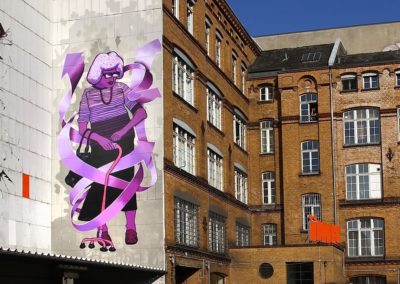 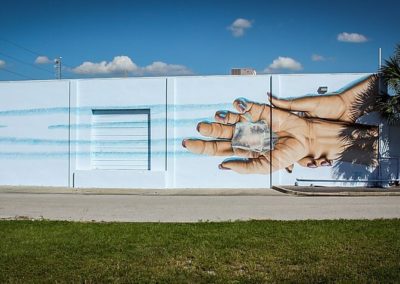 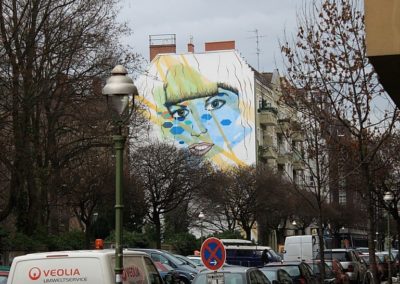 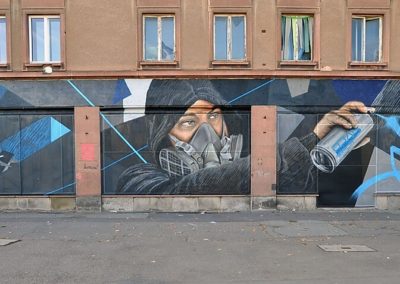 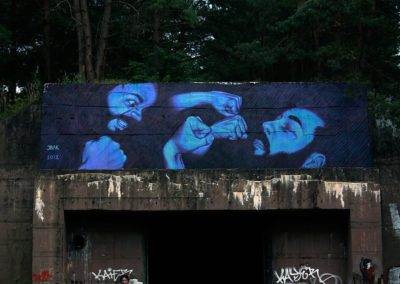