Maya Hayuk (born in 1969 in Baltimore, Maryland) is an American street and studio artist. She is best known for her intricate and captivating geometrical patterns she employs on large-scale murals that can be seen all around the world.

Maya Hayuk was born to two university professors and spent much of her childhood travelling around the world. This took her to various places in America, Europe and Africa, where she was exposed to many different visual styles and approaches. Back in America she lived in Richmond, Boston, Toronto, San Francisco and eventually Brooklyn where she now resides. Maya received a degree in Interrelated Media from the Massachusetts College of Art in 1991, and has studied at the Ontario College of Art and Design in Toronto, at the University of Odessa in Ukraine and at the Skowhegan School of Painting and Sculpture in Maine.

Her works are characterised by harmonised structures and forms, emphasised through the use of bright colours. Hayuk employs intense colours as well as complex and captivating geometrical patterns in a sort of psychedelic way, and embraces themes of sexuality and spirituality through evocative symbolism and woven geometries. Her bright and incredibly large compositions radiating with life, love and absolute pleasure are made through a wide variety of materials including ink, acrylic, spray paint, tape and wheat paste.

Hayuk’s murals draw influence from the former Soviet Union with tight and intricate patterns inspired from Ukranian Easter eggs. One can also find inspiration from Mexican woven blankets, mandalas, Rorschach tests and holograms in her work.

Hayuk also executes human-scaled designs like prints, skateboard decks, shoes, t-shirts and photo essays. Along with her massive mural installations, Hayuk frequently collaborates with other artists and especially musicians. Hayuk made different artworks to support music, from album covers, posters, and videos to stage sets for The Beastie Boys, Rye Rye/M.I.A, The Akron Family, TV on the Radio, and The Flaming Lips amongst others.

From 2005 to 2011, Maya Hayuk curated projects in Brooklyn and Brussels. She also published two books, the first one Just Good Vibes (Ginko Press) from 2007 and the second Round the Way (Nieves) from 2010. 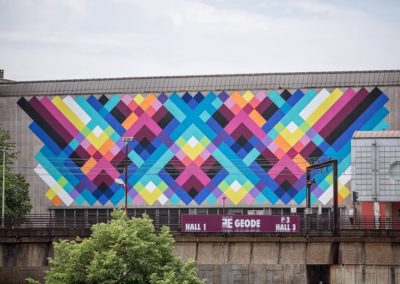 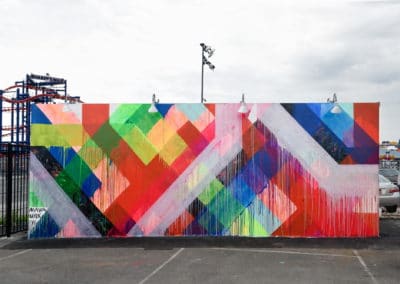 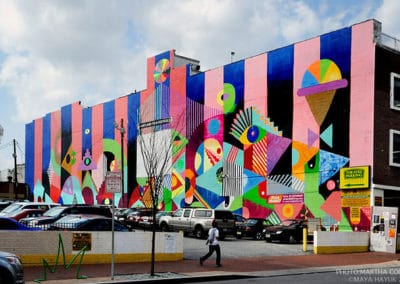 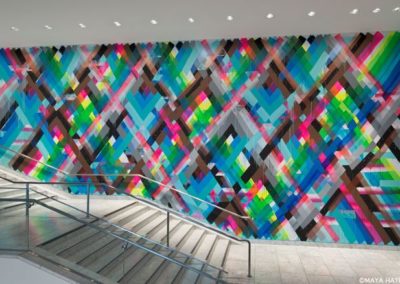 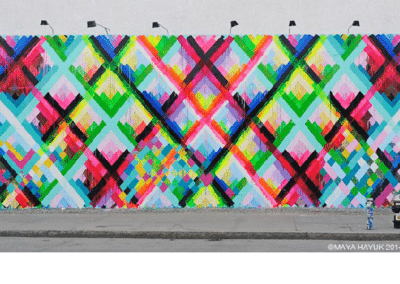 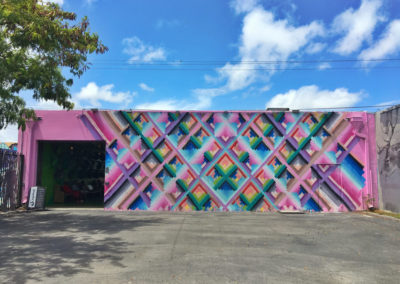 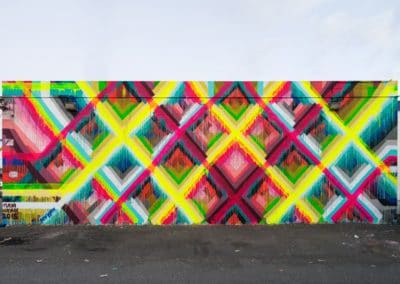 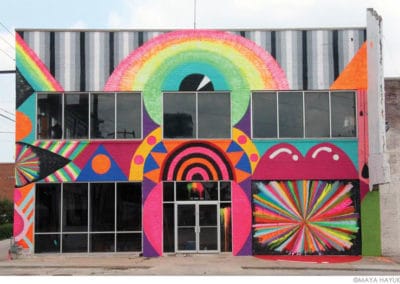 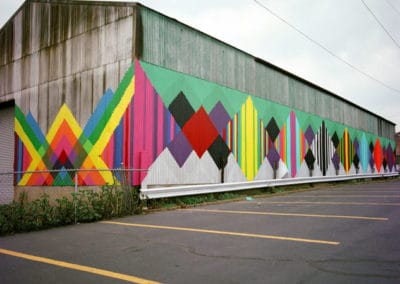 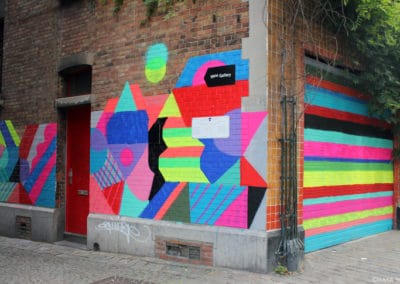