“Painting on walls was a way to show that I was boycotting the conventional art world. At my beginnings, I had a rebel mind. I also find this more exciting to paint in the street because it is forbidden.” — Miss Van

Miss Van, also known as Vanessa Alice Bensimon, was born in 1973 in Toulouse, France. She started wall-painting at the age of 20, in 1993, in the streets of her hometown. She is now considered one of the best known painters of the graffiti scene, initiating the feminine street art movement. She traveled the world to exhibit her artwork though she spent most of her artistic life in Barcelona. Her creations display highly recognizable sultry women that she calls ‘poupées’ (dolls).

These painted ladies are represented in a sensual and burlesque manner as they wear under-bust corsets, petticoats, tutus and sometimes disconcerting animal masks. Their kinky attitude also seems to be directly taken from a Moulin Rouge setting, exhibiting bare breasts, long lashes, red and fleshy lips. So these women are painted in a certain way which emphasizes their femininity and their sexual power. Miss Van uses the hair as a precious tool which sensually hides but also reveals femininity. It makes the woman body sublime as the curves of the hair and the body match in harmony. By picturing semi-nudity and curvy ladies with no top model proportions, Miss Van claims that all women are naturally desirable, strong and proud even in their birthday suit.

Miss Van clearly stands for women’s power and beauty. And although there are few female names in the graffiti scene, she also defends her own condition as a woman artist in a male-dominated area. Her collection of dolls is getting known throughout the world thanks to her street artworks present in South and North America as well as in Europe, but also exhibitions in the biggest cities of the world. We haven’t heard the last of her and her poupées! 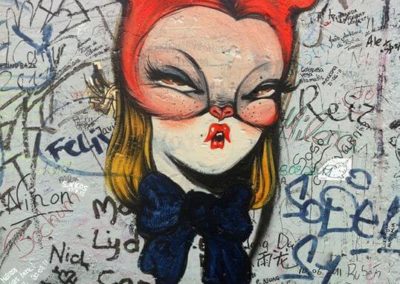 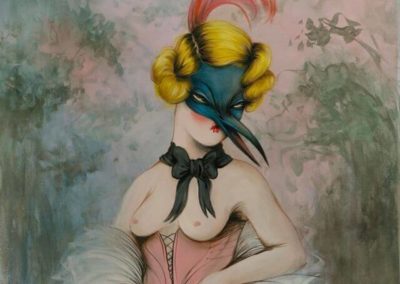 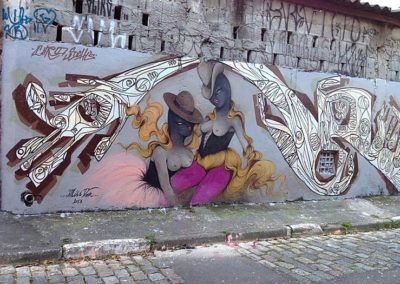 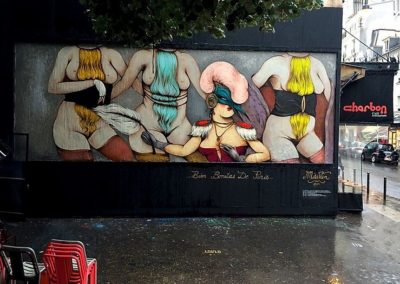 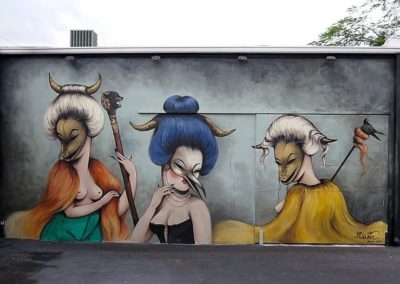 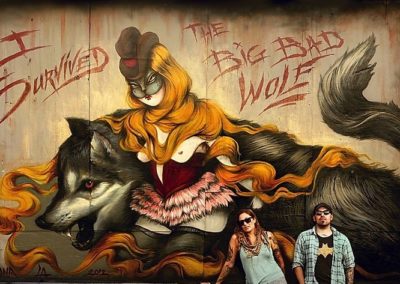 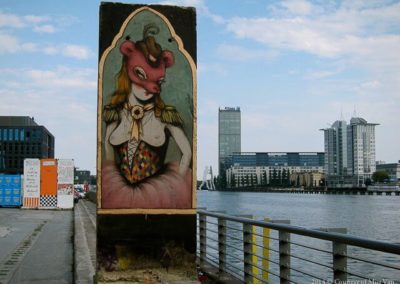 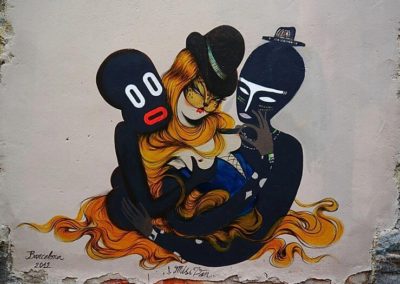 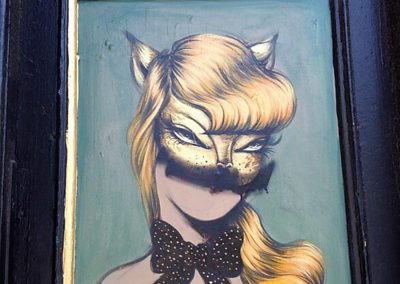 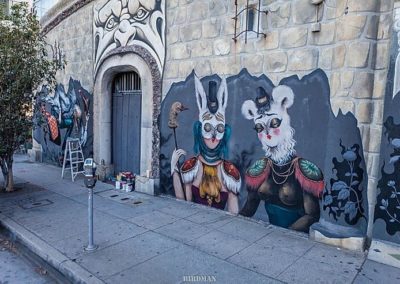 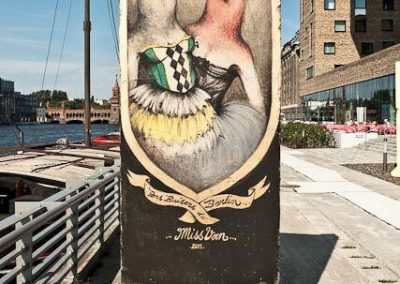