Os Gemeos is a Portuguese word meaning the twins. These duo street artists are identical twin brothers who were born as Otavio Pandolfo and Gustavo Pandolfo in 1974. The brothers were born in Sao Paulo, Brazil.

Os Gemeos began their careers by being involved in spray-painting graffiti in 1987. Slowly but surely they began to gain large recognition in the underground urban scene. As their influence spread across the graffiti urban community they began to help define Brazil’s very own unique style. Their style evolved around traditional hip-hop style and the Brazilian culture.

As time progresses, their work involved complicated murals, family portraits, commentary on Sao Paulo’s social and political circumstances, and even Brazilian folklores. Barry McGee helped influence Os Gemeos’ street art and their life were never be the same after their encounter. During this encounter, Barry McGee shared graffiti techniques and other experience. Soon after 12oz Prophet Magazine create an interview on them. Soon Os Gemeos’ fame began to rise. This was the first time their work began to hit audiences outside of South America.

Os Gemeos is known worldwide and they are perhaps best known for the yellow-skinned characters. They have held numerous solo and group shows in museums and galleries in several countries such as Cuba, Chile, the United States of America, Italy, Spain, England, Germany, Lithuania and Japan. In 2003, Os Gemeos held their first solo exhibition in the United States was at The Luggage Store in San Francisco, California. As part of the Dreamland Artist Club 2005 project, they painted a 130-foot mural in Coney Island. In 2008 Os Gemeos painted six large-scale murals on Tate Modern London for the three month duration of their exhibition along five other acclaimed street artists of what was considered as London’s first major public museum display of street art.

They have also participated in many European urban art festivals (Vilnius Street Art Festival in Lithuania in 2015, Vulica Brazil Festival in Belarus in 2015, Crono Festival in Portugal in 2010…)

These two minds flow in an artistic by using all the colors and flavors of their imagination. They believe that everything is possible and dreams do come true. Os Gemeos’ design inspiration is derived from reflections on their inner reality and surrounding fantasy. Os Gemeos use their imagination’s wings to go to exotic destinations and illusory places that inhabit their minds. 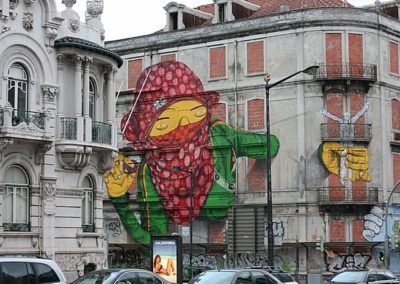 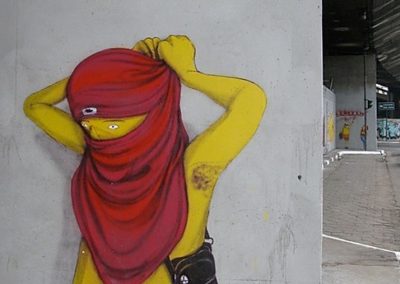 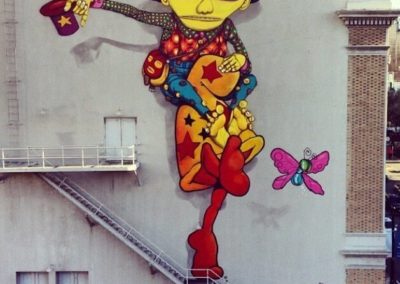 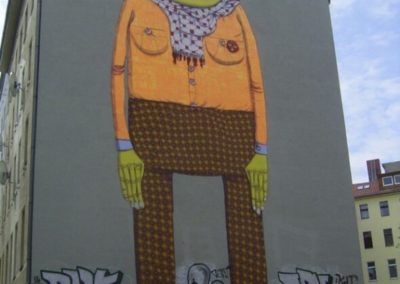 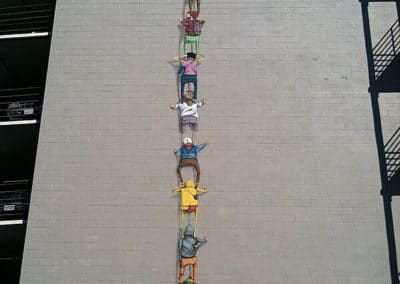 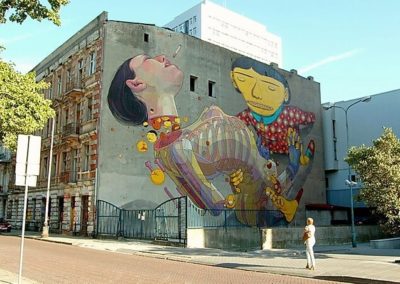 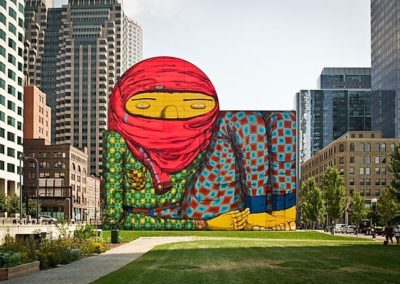 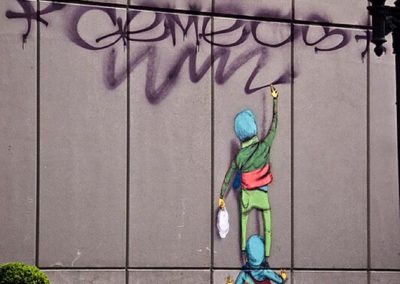