Silvestre Santiago, better known as Pejac, is a Spanish painter and street artist. He was born in 1977 in Santander, Cantabria, Spain. He studied Fine Arts in Salamanca and then Barcelona. In 2001, Santiago continued his studies in Italy at the Accademia di Belle Arti di Milano. Today the artist lives in Santander.

Santiago’s first steps towards street art happened while at university in Italy when he became disillusioned with the attitudes of his art teachers. As a reaction to their elitist values, he decided he would create art for everybody. Around 2000, Santiago started working in the streets of Milan to bring art to those who would never visit a museum. And this is how Silvestre Santiago became Pejac.

Pejac mainly paints with black to create silhouetted figures and shadows but sometimes uses splashes of colour to show them in a smart and poetic manner in both playful and serious scenes. From miniature window drawings, large outdoor pieces to replicas of classic masterpieces, Pejac proved he is a truly skilled artist whose works always touch on sensitive social themes and topical issues like peace or global warming. He is also acknowledged for his tremendous ability to adapt his outdoor work to its environment so as to pass a striking message. His most famous work is probably a painting of the map of the world draining into a sewer, in which the artist cleverly used the urban surroundings as part of the entire image to create a challenging site-specific artwork.

Pejac’s inventive works often utilize minimalist and trompe-l’œil techniques and though achieve fantastic effects. While traveling to Istanbul, Turkey, in 2014, Pejac painted three different pieces based on optical illusions on the walls of the neighborhood of Üsküdar, in the Asian part of Istanbul. The three murals, entitled Lock, Poster and Shutters, represent the perception and illusion of freedom and are meant to establish a bond from outside to inside and from inside to outside.

Pejac has proven he is capable of making incredible replicas or remakes of classic masterpieces by Eugène Delacroix, Kutsushika Hokusai; or references to Edvard Munch or Alberto Giacometto, Pejac’s probably most accomplished project is one based on French painter Claude Monet’s most famous impressionist painting. Pejac recreated Monet’s 1872 Impression, Sunrise on the rusty hull of an abandoned ship on the shores of Cantabria, Spain. Depending on the tide, a part of the painting is partially hidden underwater, letting the ocean itself revealing and hidding the painting.

Pejac’s first solo exhibition, entitled Oximoron, opened from April to May 2010 at Galeria Benito Esteban in Salamanca. Six years later, Pejac opened his first major UK solo show Law of the Weekest at Londonewcastle Project Space in London. The show exhibited 35 pieces tackling environmental issues. On the occasion of the show, the artist painted a series of provocative public art installations like Don’t Look Back in Anger directly made onto a new Jaguar and a reinterpretation of Van Gogh’s Starry Night to comment on Brexit.

Then in June 2018, Pejac launched the Waterline show, held on a péniche boat in Paris, where 80 copies of the work A Forest were for sale and whose collected funds were donated to the environmental NGO Foundation GoodPlanet. In 2015, Pejac also participated in Europe’s largest celebration of street art NuArt Festival organised in Stavanger, Norway, where he paid a tribute to Norwegian painter Edvard Munch with his work Drift.

Pejac’s ability to work with different mediums, techniques, formats and styles to tackle various subjects makes him a skillful artist whose style has rarely been seen in the art world. His outdoors paintings can be found throughout Europe in Santander, Paris, London, Milan, Stavanger and Moscow ; as well as in Hong Kong, Japan, Jordan, Turkey and the USA. 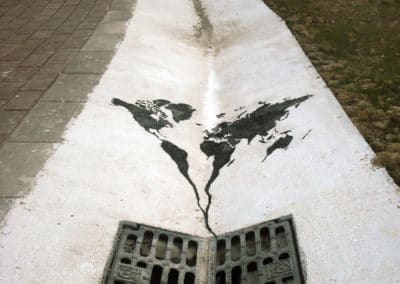 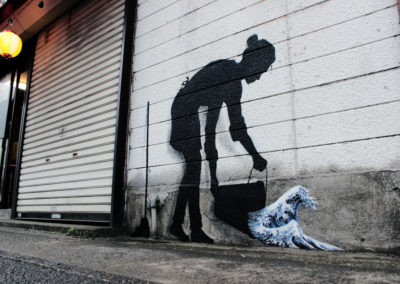 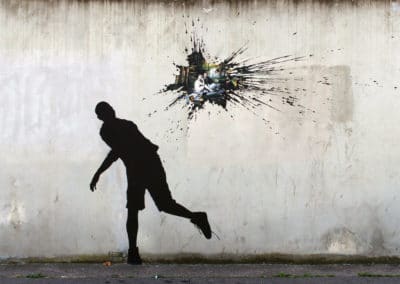 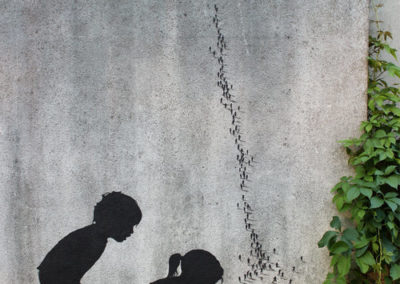 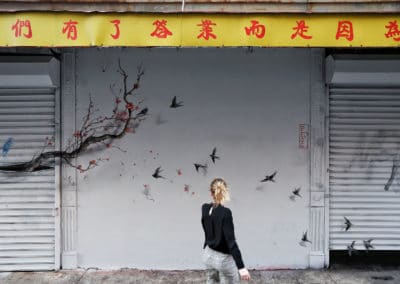 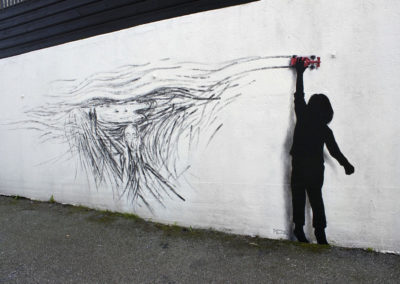 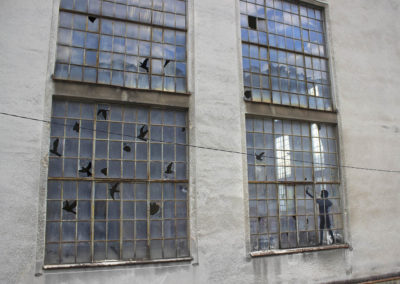 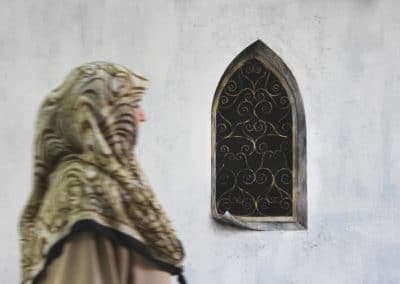 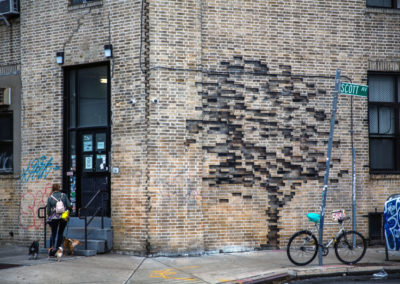 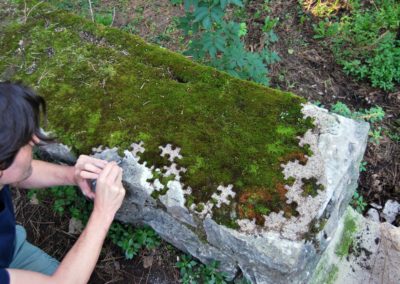 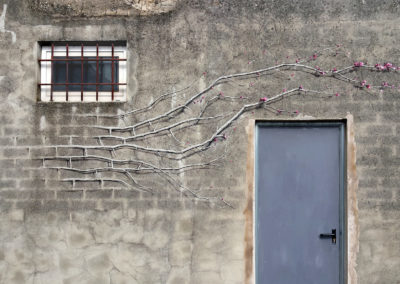 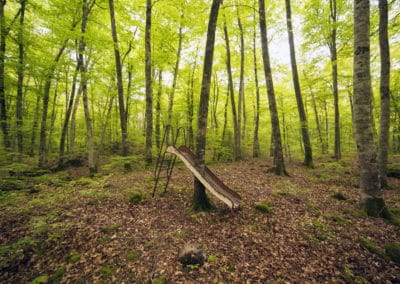