Phlegm is a world-known cartoonist and illustrator from Wales. He is also well known for his self-published comics and highly creative street art. Phlegm’s work is distinctively detailed composed of odd figures and a narrative structure. His work inspires greatness and is even often inspired by graffiti where Phlegm transforms run down urban spaces and factories.

The name Phlegm came from one of the four bodily humours in ancient Greek medicine: blood, yellow bile, black bile, and phlegm. Phlegm was believed to be responsible for an apathetic and unemotional temperament.

The majority of Phlegm’s artwork is strictly illustration-based. He leaves his street artwork and murals for his cartoon-based art. In fact, that majority of his large characters originate from his comics and they are often spray painted onto very large walls. Phlegm prefers to paint his comic work with black Indian ink and a dip pen. He uses color only when he is screen-printing or painting large murals and other objects.

Since Phlegm emerged, he has gained worldwide recognition and is one of the most admired street artists across the world. His street art is very exciting and highly recognizable. His work has also appeared in a variety of objects such as airplanes, boats, buildings, vehicles and many street art festivals.

Phlegm states that he has a strange relation to graffiti. His style has grown strictly and entirely from his self-published comics, as opposed to letter styles. His comic comes out of every four months or so and he works endlessly on them. Over the last few years he has put a strong effort into working on the street art end. He truly enjoys working the space provided on large walls, urban spaces, old factories, and other buildings. He believes that a painting in the street becomes a part of the cities architecture and it is influenced by what’s around it as opposed to being an awkward canvass in an art gallery.

Phlegm’s first solo show was named ‘The Bestiary’ and took place at the Howard Griffin Gallery on Shoreditch High Street, London from 1 February to 25 March 2014. Since then, Phlegm has painted in numerous countries like Canada, USA, Iceland, Tunisia, Belgium, New Zealand…

Phlegm was born in North Wales and he currently resides in Sheffield, UK – England’s Steel City. Although you can find his work across the world, most of it is found in the United Kingdom. 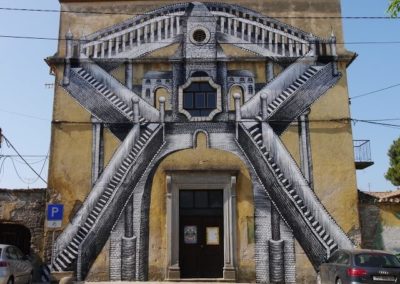 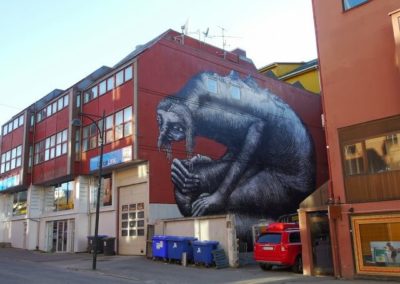 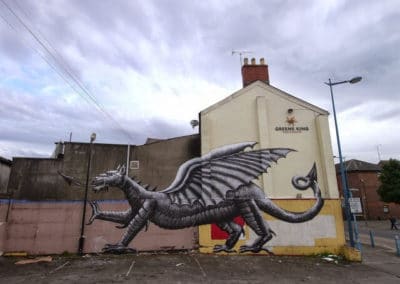 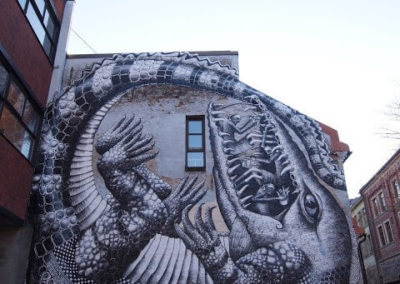 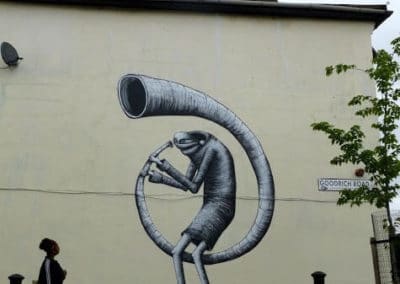 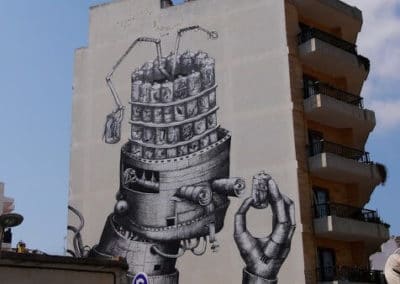 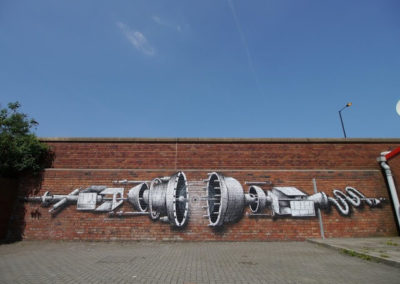 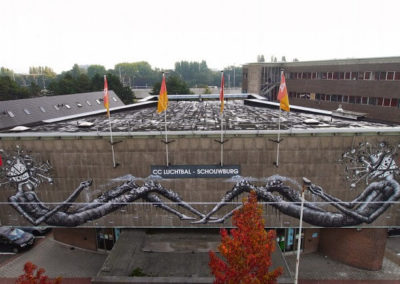 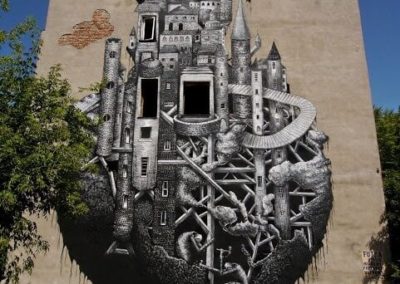 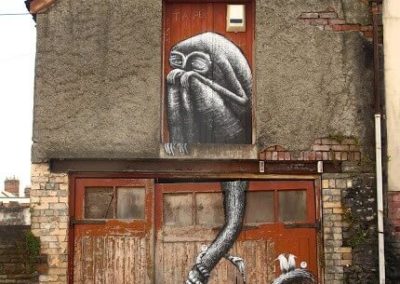