Ralph Ziman was born in Johannesburg, South Africa in 1963. Ralph has directed over 400 videos for artists as diverse as Ozzy Osbourne, Toni Braxton, Rod Stewart, Michael Jackson, Shania Twain and Rick James, winning numerous MTV awards. His work in film includes over 6 features as a writer/director/producer including Hearts and Minds, the ﬁrst independent South African feature ﬁlm to be completed after apartheid. This premiered at the Berlin and Montreal International Film Festivals, and Jerusalema (Gangster’s Paradise in the US & UK), released to critical and box office acclaim and South Africa’s official entry to the 2008 Academy Award Foreign Language section. His public art includes five murals in Venice and a forthcoming one privately commissioned in Santa Monica. Ralph lives in Los Angeles with his wife and three children. He maintains a studio in Venice Beach and is focusing on his art practice and a planned documentary component to the Ghosts series.

Ralph Ziman’s first solo show ‘Ghosts’ was hosted by C.A.V.E. Gallery in Venice, California, in 2014. Ralph Ziman, who is known locally for his Venice Beach murals, is a South African artist, photographer, filmmaker, and advocate emerging in the United States. Ghosts featured a series of photographs, sculptures and installations produced during the artist’s collaboration with Zimbabwean street vendors on a set of handmade replica AK-47s. Proceeds from Ghosts went to Human Rights Watch.

Ralph Ziman’s work challenges the tragic cliché of our times; a war-torn and violent Africa of militant and corrupt dictators, child soldiers, and unceasing civil wars fed by a growing international arms trade. Ralph Ziman approached artisans working in the streets of Johannesburg to commission the infamous AK-47 rendered in traditional Shona style beading espacially since he was intrigued by the duality of terror and worship that firearms hold in African culture. Originating as a side project while Ralph Ziman was directing Kite (the Samuel L. Jackson backed anime adapted film, starring Jackson, India Eisley and Callan McAuliffe, to be released internationally in 2014), Ghosts developed into a six-month collaboration and multidisciplinary exhibition. The resulting work of over 200 hand beaded and wire wrapped guns, incorporated in installations and photographs of the men posing with them, confront the complex socio-economic and political circumstances of the African arms trade—a multinational, multibillion-dollar industry that moves in one direction only—into Africa.

For Ralph Ziman, the series is the platform to discuss the corruption, greed and influence of the foreign world superpowers who, eager for a stake in Africa’s abundant natural resources, provide weapons to dictatorial governments in trade, and often to opposing factions as well, ensuring a perpetual cycle of war for generations. Political leaders, many who ascend from the military in bloody coups and freedom fights, pass their fervor for firearms on to their countrymen, where a black markets fuels a cultural climate that reveres automatic weapons as status symbols of power, authority, and self determination.

The street vendors who Ralph Ziman photographs with their crafted prop AKs required no direction in how to pose with them, brandishing their guns with the swagger of rebels and rappers, the image of weapon in hand is as synonymous as the pledge of allegiance. Crates of guns to be installed throughout the gallery and on walls, point to the unrelenting presence of guns flowing into African countries trading their natural bounty for body counts. Ghosts, in poignant and powerful imagery, aims to confront this cycle by building global awareness of the international arms trade that profits on the suffering and oppression of millions of Africans.

From February to March 2016, C.A.V.E. Gallery presented a second solo exhibition by Ralph Ziman entitled ‘Bones‘, featuring a series of photographs and sculptures that directly respond to the current state of trophy hunting in South Africa and the resultant commercial exchange that occurs between South Africa and America. 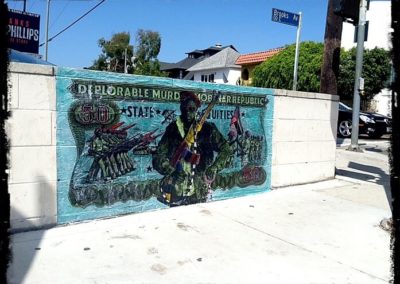 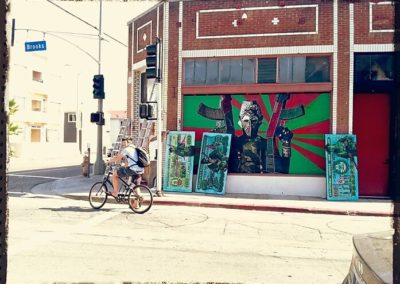 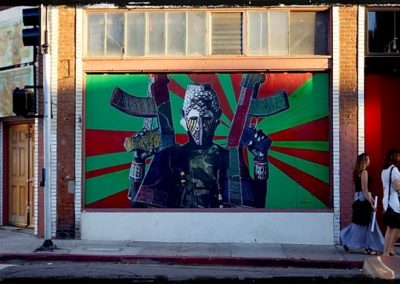 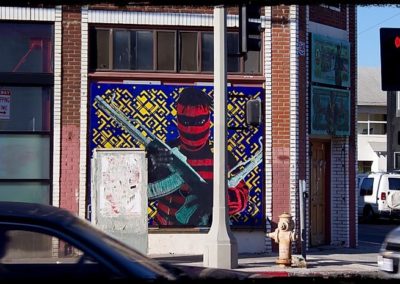 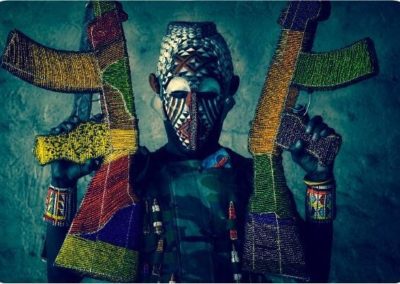 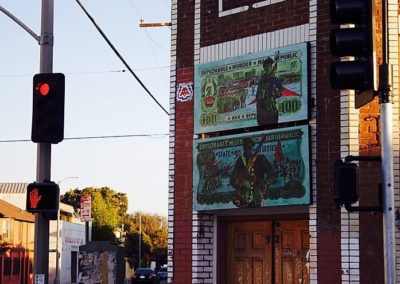 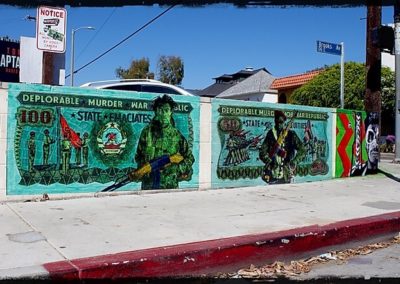 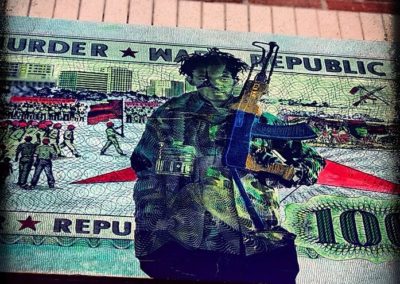 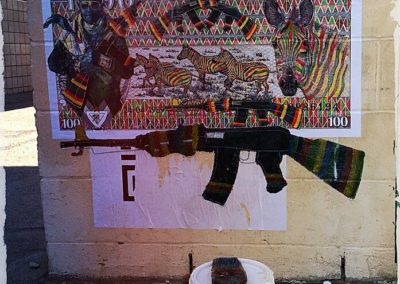