Roid is a renowned street artist and typographer from London who works entirely by hand with painstaking precision on a variety of canvases. These canvases include wood, paper, and even building walls. Roid, who is often known as Roids, also paints with a broad range of influences ranging from computer programs to graffiti artists, Japanese graphic designers, and airbrush techniques. His street art and graffiti can be described as innovative and progressive with an immense talent with letterforms.

Roid constantly adds change and new design references to his work. His work is very easy to identify and it always helps extend the graffiti boundaries that often lead into never before imagined locations. These boundary-pushing innovative technical murals have created a graffiti style of their own.  He is clearly no follower in the traditional graffiti.

Roid finds influence and motivation in just about anything. Much of his influence comes from Japanese graphic design such as Tadanori Yokoo and his collage screen-prints. He also enjoys works from Katsuhiro Otomo, the creator of Akira. Most importantly, a large section of his influence comes strictly from other graffiti appearances. He always attempts to draw these influences in and creating his very own creations out of them. Other influences include computer generated designs and glitches, artwork items that constantly repeat, manga, typography, and nostalgia from the 80s and 90s.

For over 10 years, Roid endured the graffiti movement in his hometown of London. It was there that he enjoyed a long campaign of street and subway wall graffiti. Although he gained local recognition, it was not until about 2008 that his graffiti work really began to gain momentum.

In 2008, Roid graduated from London’s Camberwell College of art. In the same year, he joined one of the worlds most famous graffiti crew known as MSK. MSK features worldwide known artists Revok, Saber, Rime, Sever, Retna and others.

In 2011, Roid made his art world debut as a contemporary illustrator in the Known Gallery. This also helped establish recognition from Forbes Magazine in an article known as “The 30 Most Important Artists and Designers under 30”

Even as his fame continues to grow, and his studio work continues to increase, Roid’s graffiti is still his passion. Graffiti is the reason why he gets out of bed each day and painting out in the streets the only reason that gets him most excited. Roid approaches the art scene in a similar fashion as he does with the graffiti scene. This means that he has the opportunity to push as hard as he can explore and eventually he will find satisfaction between his artwork. Although, he also believes that he will never be truly satisfied with his artwork.

Roid’s precision is unmatched, in fact, people often think it is digitalized or printed. His hand-painted works are an epic sight and they always bring us back the point of precision. His precision and calculated nature of work coincides with his subject matter. Roid has mentioned that his work is inspired by the idea of love stories between robots and computers.

His work has also earned him a spot as one of today’s premier graffiti artists.

Roid lives and works in London. 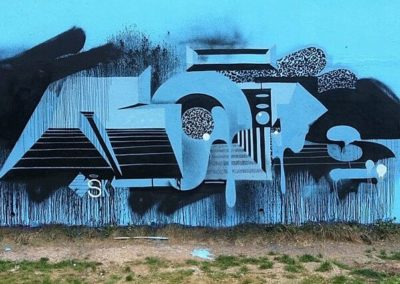 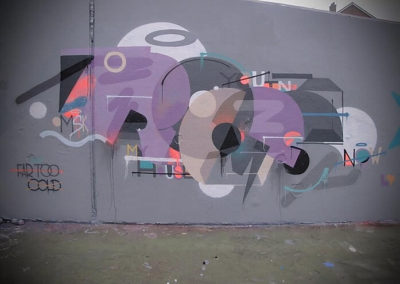 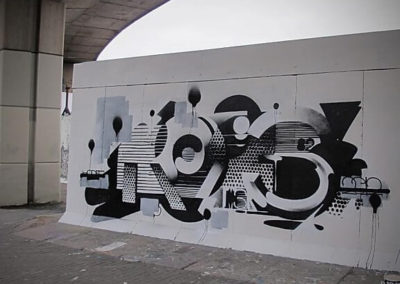 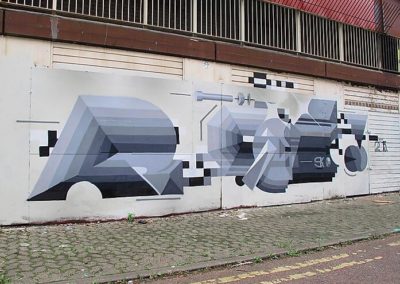 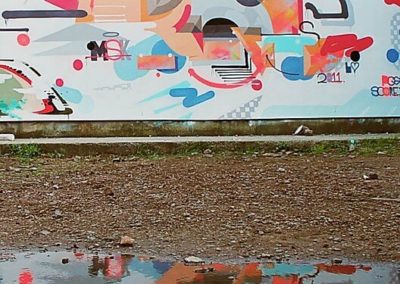 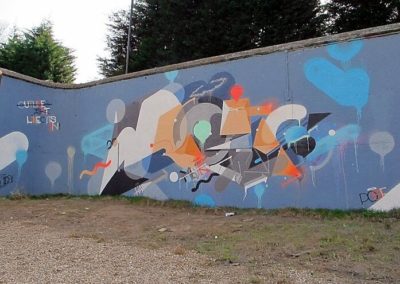 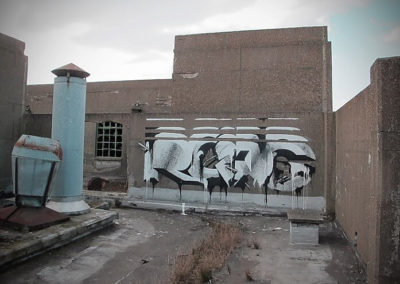 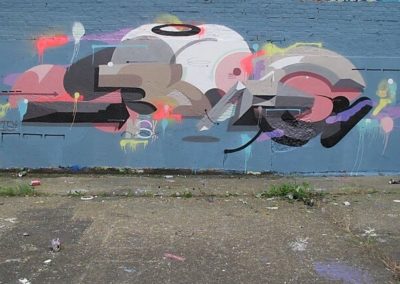 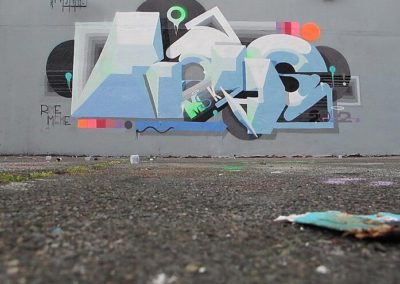 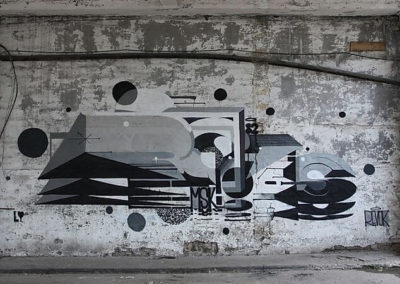 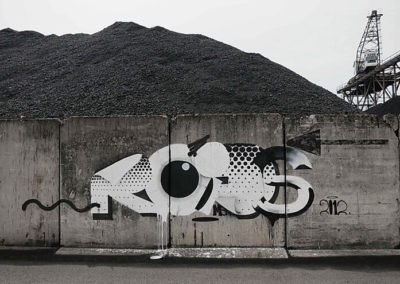 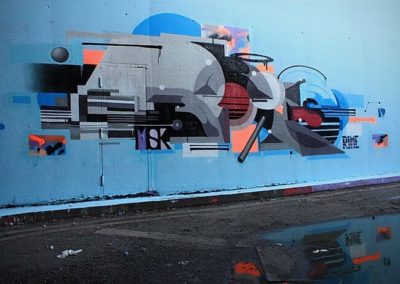 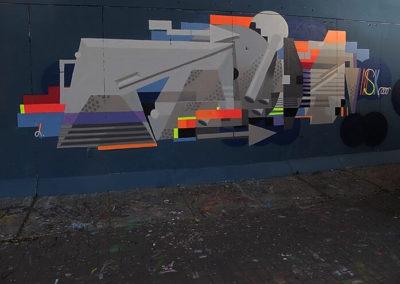