Rubin 415 was nine years old when he did his first tag. Tony “Rubin” Sjöman was the son of Finnish immigrant workers to Sweden and born and raised in the epicenter of boredom – the concrete projects of Bergsjön, Gothenburg – he pictured walls blossoming before his eyes and started out on a journey that he’s still on today.

Rubin has put his trademark on concrete and brick all over the world, from Finland to Thailand, from Denmark to Miami Art Basel. His canvas and print works have been shown in Stockholm, Reykjavik, Montreal and at the Fountain Art Fair at the legendary Lexington Armory in New York. He’s collaborated with MTV, Heinenken, GAP among others and his work has been featured in Vice Magazine, ArtSlant, Graffuturism, 12oz. Rubin has a graffiti/fashion collaboration coming up with the Scandinavian design house COMMON in the spring of 2014.

Rubin’s complex abstract geometrical pieces – rooted in traditional wild style but with muted color palettes and Scandinavianly clean lines – have earned the artist his own signature style. Rubin is also known for adapting to the urban landscape by incorporating what’s already there – cracked windows, light poles, wires – into his pieces instead of shying away from “difficult” walls.

Rubin 415 resides in Brooklyn, NYC but he’s just as home in the wilderness of Lapland, where he spends the summers with his wife in a log house among reindeer and underneath the midnight sun. Born a creative soul, he explains why graffiti became his mission:

“Something happens when I press the cap and draw the first line of a piece. The expectation that takes hold of me is so strong that everything else around me ceases to exist.” 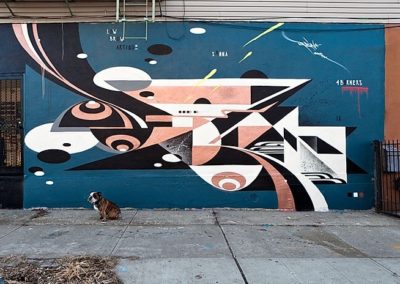 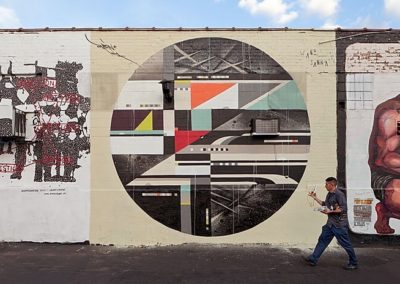 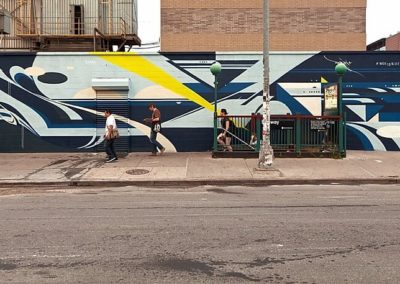 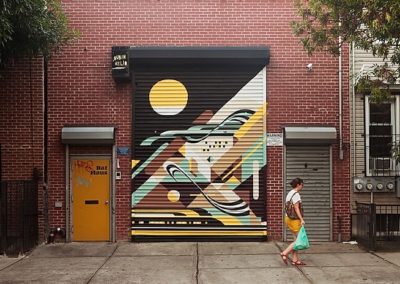 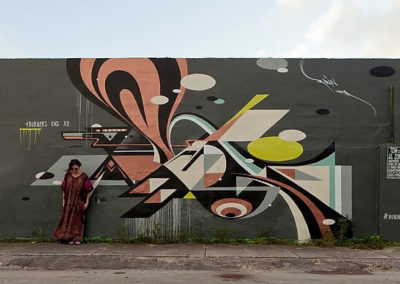 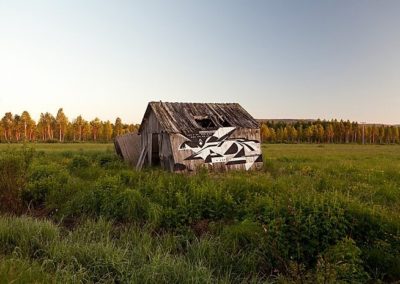 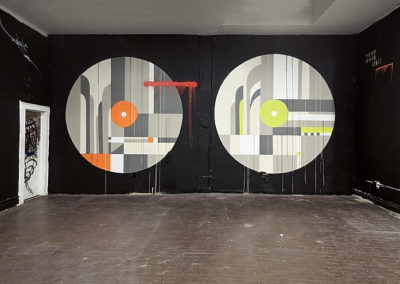 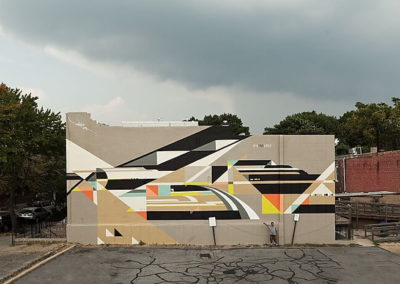 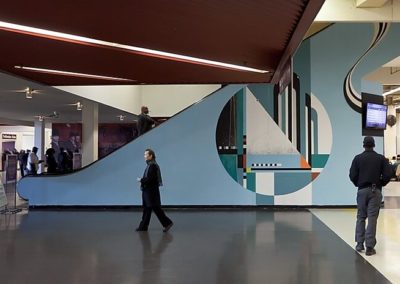