What would you get if you mixed some Dali, some Archimboldo and a little bit of Remedios Varo with street art and innovation? That would give this self-taught Mexican street artist named SEGO or OVBAL.

One crazy talented artist that convokes two different styles: SEGO is the name he uses when he does very detailed and figurative work while OVBAL is the name used when he does more of an abstract kind of art.

After moving at a young age to the coast of Oaxaca, a state of Mexico with significant vegetation and various kind of insects, fishes, birds, and reptiles, he developed a very colorful aesthetic inspired by nature and imagined enormous and fantastic creatures to live on walls throughout the world. His technique has changed as his needs to paint different things went. The work on colors, details, textures and symbols is in constant evolution according to his experimentations. SEGO uses spray paint, but the access to quality paint and new caps expanded the artist’s possibilities for it was not easy to find some back when he started in Mexico.

Some of his massive artworks take up to twelve hours to make. SEGO usually does pre-planned sketches for the purpose of the structure and transforms them into art. But while most of us would define him as a street artist, he tends to call himself a graffiti artist.

He started as a graffiti (letters) artist and never stopped considering himself as such. One may think that his work does not fit at all in this category but what he does now originate from his graffiti style and is in direct line of this influence. But he gave us the best answer to this question during an interview in 2009: “I’m not concerned with labels.”

When questioned about the political dimension of his work, he answered that people are fed up with politics and that this is why he separates his work from it. But is this really it? His huge creatures are bound to a very spiritual conception of art and nature. They are creations of dreams and imagination but raise awareness about the inconsideration that society can have towards our environment and the lack of consciousness when it comes to ecological issues. Symbols as hypertrophy, deformation and sometimes monstrosity are universal symbols of spirituals and ethicals issues that are very present in modern societies.

SEGO had the occasion to work in various countries such as Brazil, Cuba, USA and France, and participated in an exhibition in Brooklyn at the Dorian Grey Gallery in 2014 where twelve Mexican street artists reflected the inventive aesthetic of Mexico City’s street art. He collaborated with famous street artist as Roa with whom he shares a common inspiration: nature and animals, or Mexican illustrator Saner. SEGO artwork is a unique way of bringing back nature and color in the urban landscape. His pieces of art are a spiritual and experimental quest in which imagination, dreams, and symbols are used as a way to escape social or political instabilities and raise awareness about modern societies’ lack of interest in environmental issues. 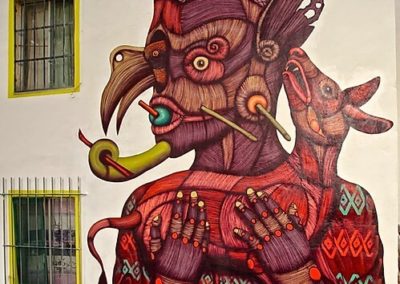 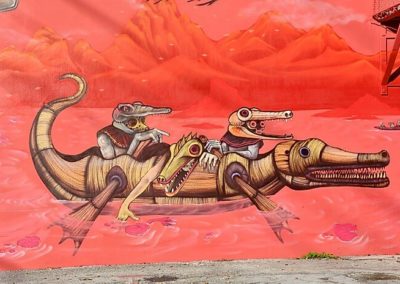 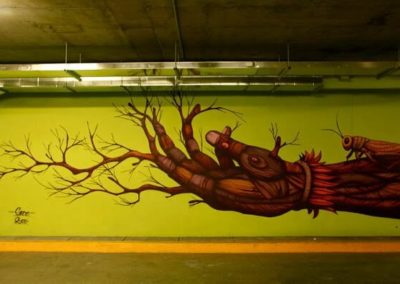 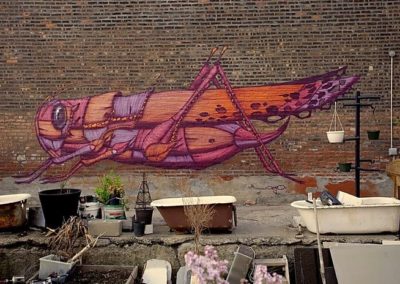 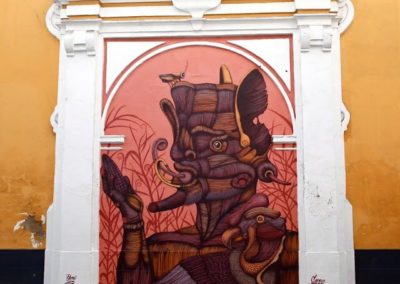 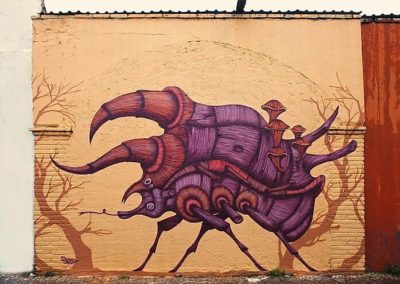 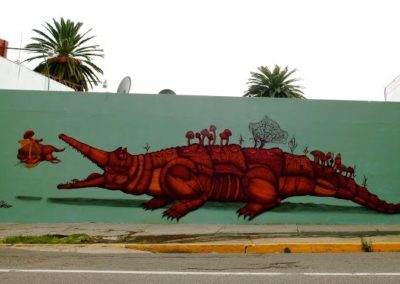 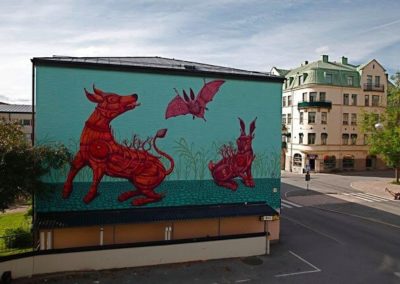 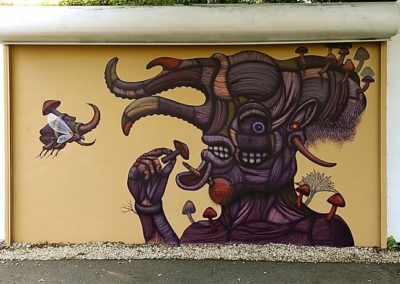