Stinkfish is a Colombian street artist who recreates portraits from photographs as murals. These portraits of strangers are adorned with colourful psychedelic elements.

Stinkfish was born in Mexico; however, he spent his childhood in Colombia once his parents migrated there. Initially, he began wondering around the streets of Bogotá as a child, curious about the surroundings and the variety of people. His course was never fixed, and this often presented him an opportunity to meet different people, locations, and images. When he least expected it, he had joined a group of individuals with similar interests. This group of people was interested in painting the streets illegally by using a variety of street art tools.

Stinkfish initially began making stencils around the years 2000-2001. However, it was not until 2003, in Bogotá, that he created a very intricate street art piece. This image was created in remembrance for John F. Kennedy’s murder. The artwork was that of John F. Kennedy Jr. saluting the corpse of his father. He painted the piece over and over until one day the police stopped him.

At the age of 16 or 17, Stinkfish began to write the name Stink anywhere imagined. These places included; school notebooks, desks, bathrooms, and other locations. A couple years after these experiences, he began to add fish at the end of the name. There was no specific reason on why he chose, besides the fact that he was young, discontent, and listened to punk music.

Stinkfish’s work is created, primarily, by portraying a variety of random faces artistically. He explains that he loves to carry a camera with him. This camera is then used to take pictures of random people, who are not always aware he is taking a picture, and from these photographs, he turns the images into stencils. He chooses intriguing photographs found during travel of strangers. Once these pictures are taken, he then decides on which selected ones will be used for wall art.

When it comes to choosing the perfect wall and context for his work, Stinkfish prefers to seek locations that hold high traffic and have a strong visibility. The types of walls also have to be of specific form, texture, and condition. Stinkfish prefers to paint older walls, usually those that contain accidents, cracks, and moisture. These walls normally hold an interesting historical sight. Another very important factor involved is the integration of his work into a common neighborhood- the neighborhood where people live, not the city full of businesses and advertisements. The artist has painted murals in numerous countries like England, France, Italy, The Netherlands, Austria, Russia, USA, Mexico, Argentina and Columbia.

Although much of Stinkfish’s art holds a strong sense of vibrant colorful and art that is alive, he holds no inspiration to the use of his color schemes. His techniques and color schemes have been developed over the years that he painted and his work is often influenced by different art forms and skills. Ultimately he adapts these items to his work and merges them into his own murals and artwork.

Some of the current street artists he admires are El Mac, Roid, Bastardilla, Nunca, Insa, Katsu, Faile, Nazza Stencil and many others. He also gains inspiration from his street artist and graffiti friends such as Lorenzo, Masnah, Saks, Buytronick, Mecamutanterio, Seimiek, Soft, Anger, Zas, Malk, and Onesto. 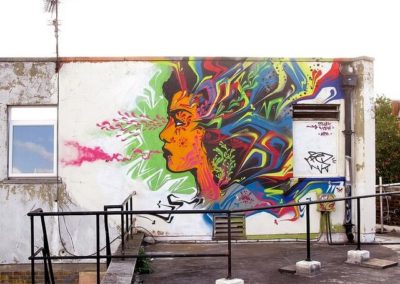 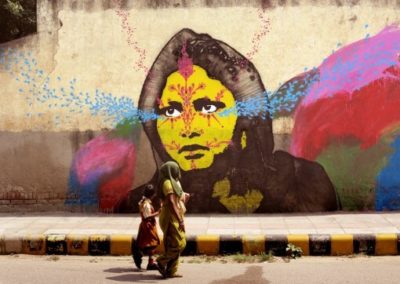 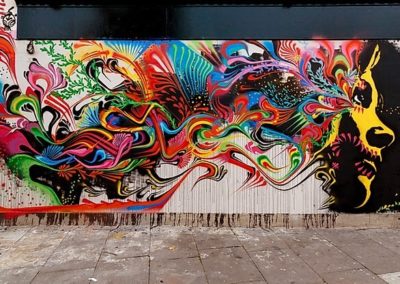 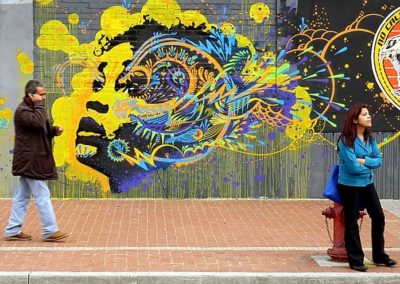 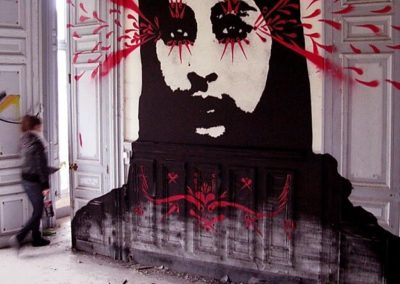 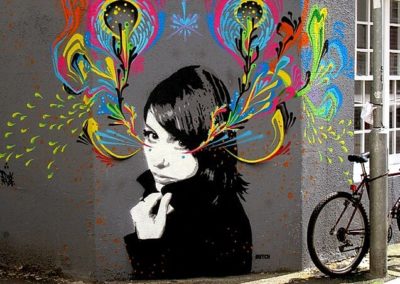 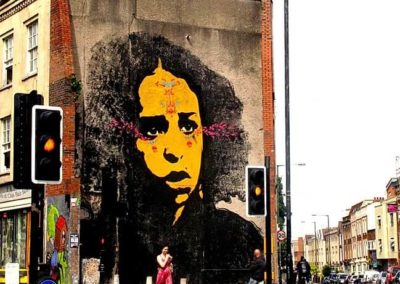 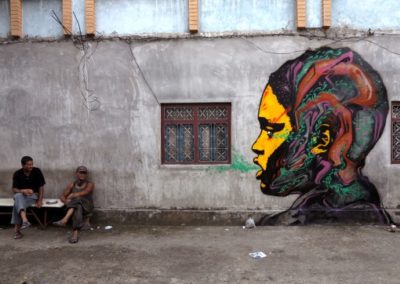 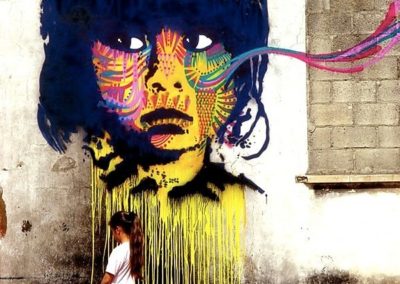 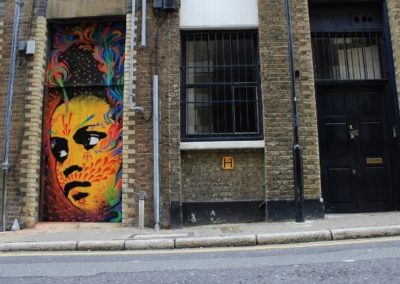 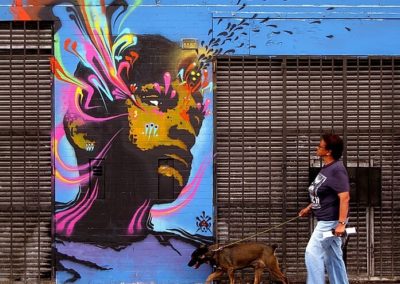