Swoon, born Caledonia Dance Curry in 1977, is a Brooklyn-based street artist and studio artist known for her large-scale paper cut works and life-size installations. Born in New London, Connecticut and raised in Daytona Beach, Florida, Swoon moved to New York where she received her Bachelor in Fine Arts at the prestigious Pratt Institute in Brooklyn, NY in 2002. While studying painting, Swoon anonymously pasted her first paper portraits in the streets of Brooklyn.

Swoon was heavily influenced by American artist Gordon Matta-Clark who was well-known for his temporary works in the city streets in the 70’s. The majority of Swoon’s art consists of intricate and delicate paper-cut portraits which are generally based on the people she met throughout her life. Swoon’s paper cuts pieces are just as well transient as they are not made with spray paint on walls like most street artists. Even though most of them survive for months, some may remain visible for just a couple of minutes.

Swoon believes in tackling major societal issues through creativity. The artist works with a collective of artists based in Braddock, Pennsylvania known as Transformazium which aims to re-imagine Braddock’s derelict urban spaces and resources. She created an arts center in a formerly abandoned church in a place that had lost most its jobs.

In 2010 she joined a team of volunteers of the Konbit Shelter building sustainable structures and a community center in post-earthquake Haiti. In New Orleans, Swoon helped create a shantytown where each house is a musical instrument. Swoon has also worked in a rehab center doing arts therapy with a group of women in drug recovery. Finally, in 2015, Swoon founded a non-profit organization called The Heliotrope Foundation to further her community-based projects in Haiti, New Orleans and Braddock.

As well as engaging in humanitarian efforts, Swoon has created massive installations for galleries and museums. She has held numerous exhibitions mainly in North America but also in London, Paris, Melbourne and Tokyo, but her work truly gained recognition after a solo show at Jeffrey Deitch’s Soho gallery in 2005.

Today, Swoon’s work can be found worldwide and has featured in collections of museums including New York’s Museum of Modern Art, The Institute of Contemporary Art in Boston, the Tate Modern in London and the Sao Paulo Museum of Art. In 2014, she exhibited her most spectacular installation entitled « Submerged Motherlands » at the Brooklyn Museum. Most recently, she has started to incorporate film animation into her work to explore her favourite topics: spirituality, home and shelter.

Swoon is recognised as the first woman to gain large-scale acknowledgement. She currently lives and works in Brooklyn, NY. 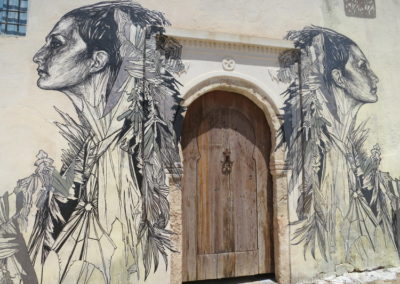 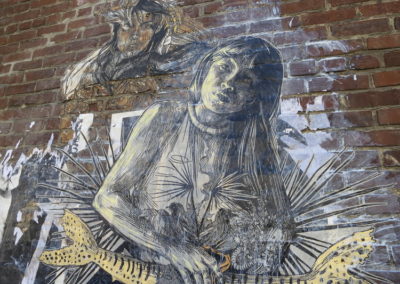 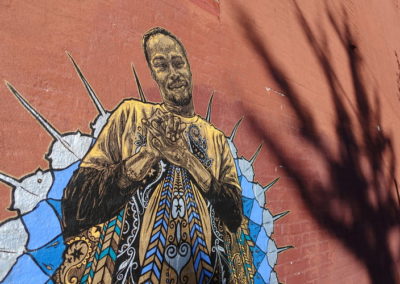 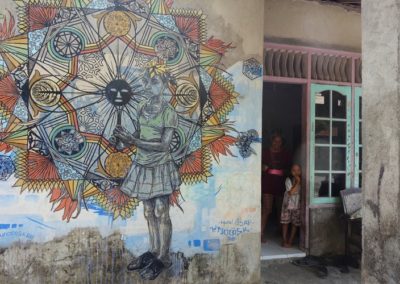 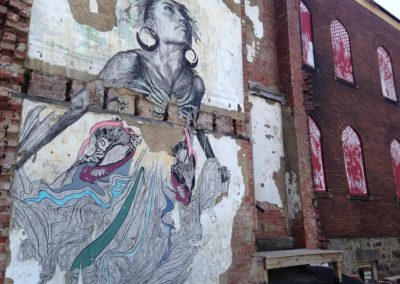 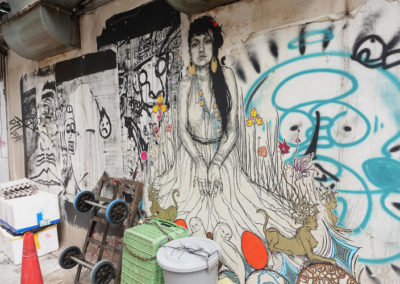 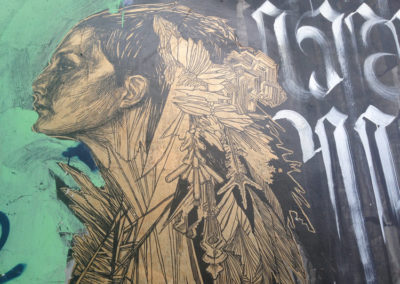 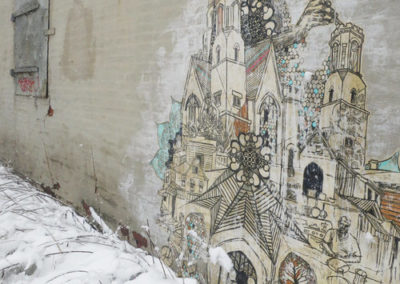 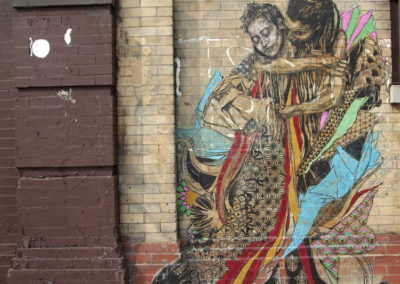 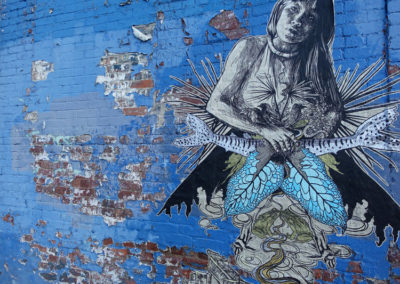 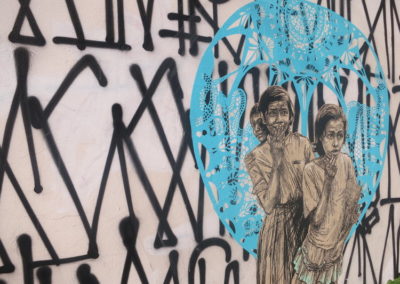 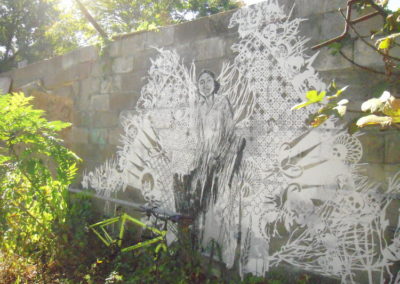 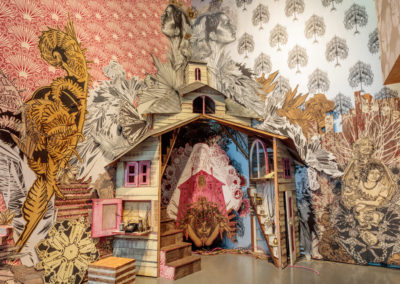 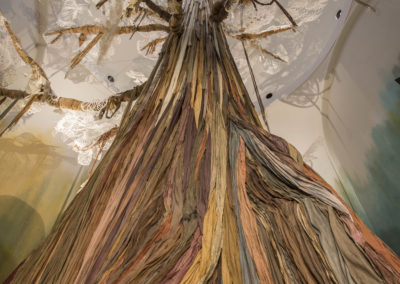