TelmoMiel is a Dutch artistic duo composed of Telmo Pieper (born in Rotterdam, 1989) and Miel Krutzmann (born in Amsterdam, 1984). They are famous for making impressive murals and paintings characterized by hyper-realistic as well as abstract elements.

Telmo Pieper and Miel Krutzmann met at the Willem de Kooning Academy in Rotterdam where they studied from 2006 to 2010. Miel, who had been painting walls with spray paint for several years, initiated Telmo to muralism and spray painting. While studying, they created a graffiti crew named Codex Inferno with a third person. It was only in 2012 that they officially created the duo TelmoMiel.

TelmoMiel’s work is characterised by its uniqueness, formed by the two different styles of the artists. The work of Miel is rather romantic with picturesque features whereas the work of Telmo is humorous and provocative. Their work also shows a mix of techniques, combining spray paint and paint to create photorealistic, surreal and abstract compositions. Both artists work separately and come together with the sketches to analyse what combinations can be made. The result shows a great sense of technique and style with great attention to perspective and details.

Their compositions reference to the human and animal worlds, creating complex creatures and epic scenarios. Their impressive murals aim to bring across peace, humor and a touch of the romance.

Along painting monumental murals, TelmoMiel simultaneously paint with oils on smaller canvas. Wheter their studio work contains individual and collaborative pieces all carry the name TelmoMiel. Their studio and store Sober Collective created in 2012 is located in Rotterdam.

Telmo and Miel live and work in Rotterdam, Netherlands. 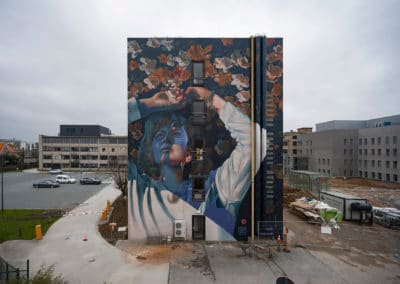 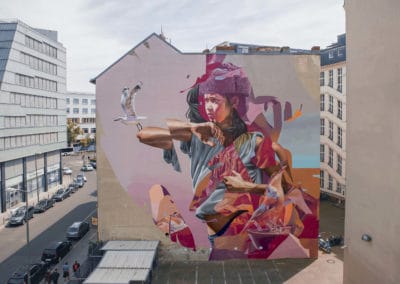 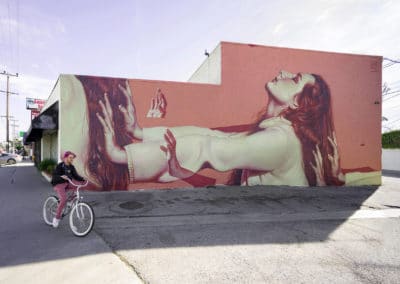 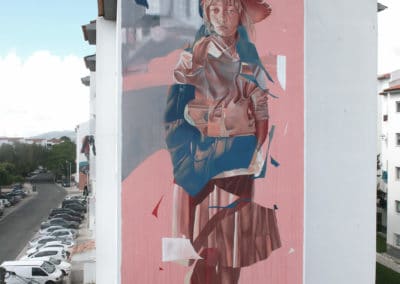 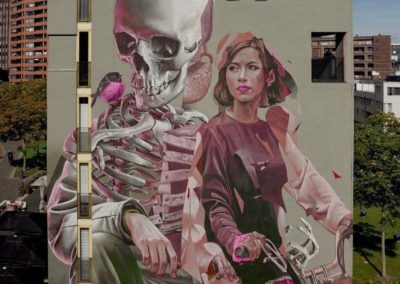 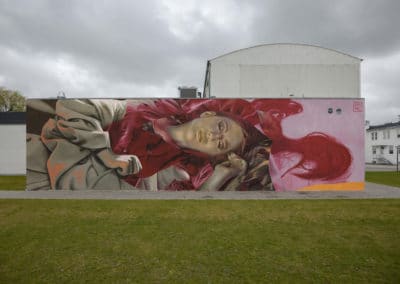 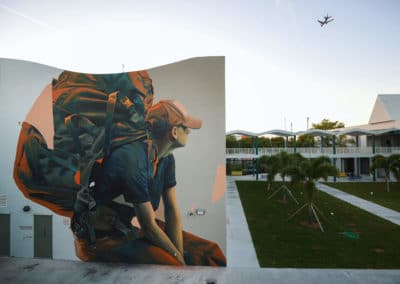 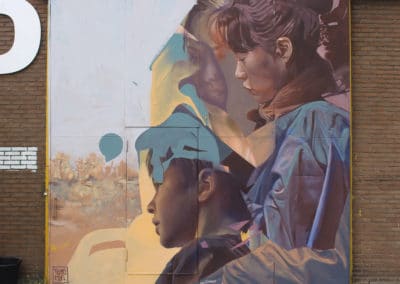 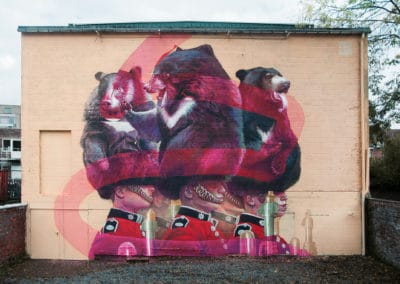 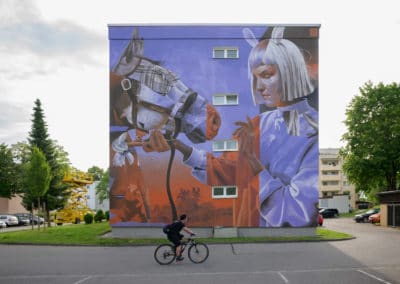 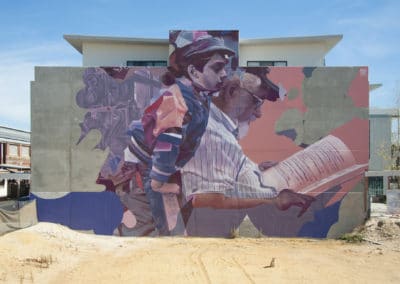 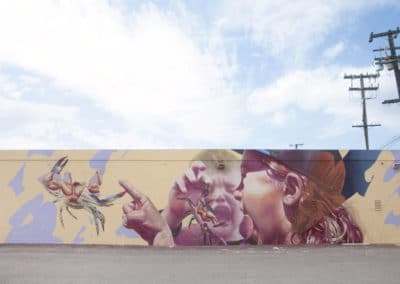 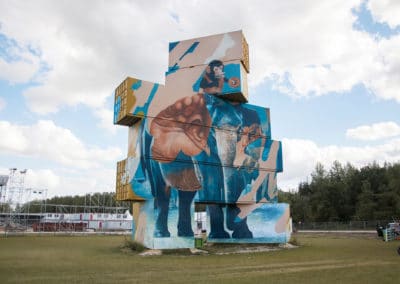 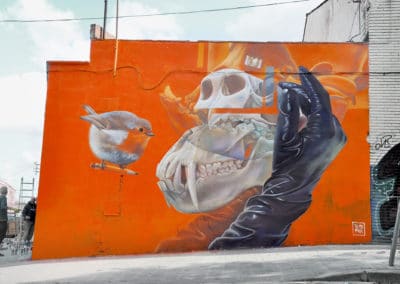