Yok was born in 1978 in a small suburb near Perth, Australia. He moved to New York a few years back but he often travels back to Australia. However, it was in the suburb of Perth that he began his droopy-eyed drawings. More precisely, these were created in a salty sea shack. Soon after, he developed a love and passion for loopy moustaches, seaworthy beards, and potato headed gargoyles.

Yok created his name out of the mere idea of taking a name with no meaning. Most of the names that other street artists take often have significance behind them and are easily replicated. With the name Yok, he gave meaning to his dorky drawings. In fact, Yok also means Jade in Chinese but it is an insult in Yiddish.

The street artist Yok began to paint very loose figurative pieces in a studio in Fremantle, Western Australia. During this time, it is important to note that Yok found street artist Req-1’s as a huge influence. This work set the foundation for his current street artwork and is also assisted him in getting in touch with spray cans. He created instantly recognizable characters. Yok also produces detailed illustrations, Shellac-based ink drawings, and canvases.

Yok was never interested in tagging even in his debut in the street art. He always stuck to creating characters. Even when he tried to write his letter based pieces; he always ended up replacing the “O” with a character face. Yok’s characters evolved from drawing moustaches on models’ faces in advertising posters and his love of good seaworthy beards. The town of Fremantle was known as a hippy fisherman town and it helped fuelled Yok’s obsession- specially since there were many men with fisherman beards.

Other inspirations include a variety of painters and muralists such as Ewok, Craola, and Dalek.  Later, he became more influenced by Twist, Don Martin, Mort Drucker, Phil Frost, and Mike Giant. He loved the idea of gargoyles and how they were placed on tall buildings to keep away evil. He also read Mad Magazine as a child and he loved to paint as if he was drawing. This is why he decided to integrate them into his artwork and style.

He moved to New York to find a wider audience a push his art. New York has proven to be the perfect mix of history, inspiration, and strong creative energy that Yok needed to get up in the city. Yok also travels a lot in Asia because according to him there is plenty of cheap beer, delicious cheap food, and a growing demand of street art and graffiti.

Yok has exhibited in Canada, Germany, Berlin, New York, Tokyo, Sydney, Taipei, Beijing, Singapore, Bangkok, and Hong Kong. He has also painted murals in many more random places across the world. Yok’s goal is to keep on pushing. This also means plenty of fun projects in the near future.

Yok is a part of an artistic duo with fellow artist Sheryo from Singapore. They both work from their Brooklyn studio, but most time they travel together looking for inspiration in new people, customs and folklore. Yok and Sheryo started out painting large scale murals together in 2010 and their practice soon evolve to paintings, ceramics, wood carvings and mixed media sculptures. The result of their common work is a signature of irreverent style, with ‘East meets West’ sensibilities. They have exhibited and painted together in various institutions and galleries like National Museum (Singapore), Art Science Museum (Singapore), Gare St. Sauveur (France), Baandam Museum (Thailand), Moniker Art Fair (London), Coney Island Art Walls (USA), Wynwood Walls (USA), ‘Magic City’ (Munich, Dresden and Sweden) and have also appeared in various international publications.

It is also important to note that Yok publishes King Brown Magazine. This is available in places across Australia, Europe, Asia, and it is available internationally online. He also currently works closely with Morning Breath Studio. 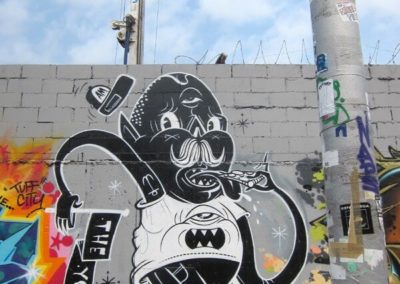 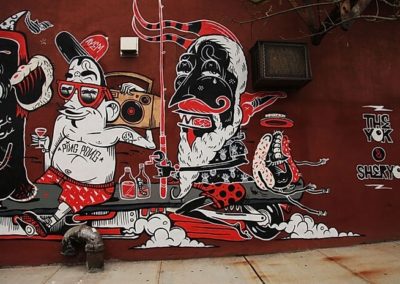 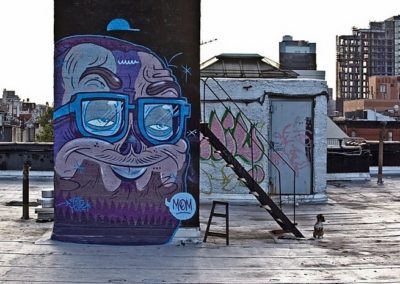 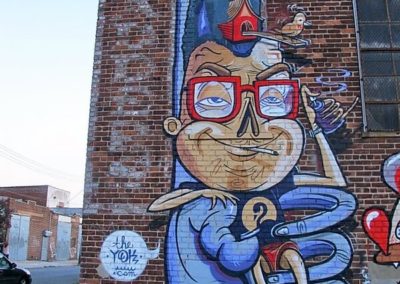 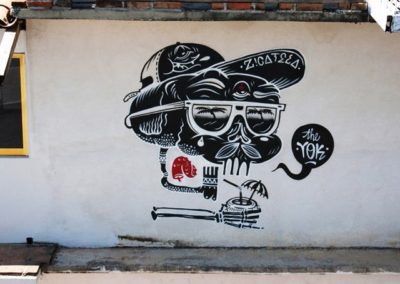 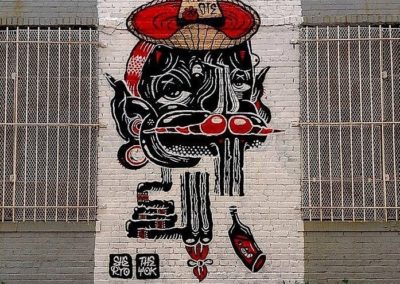 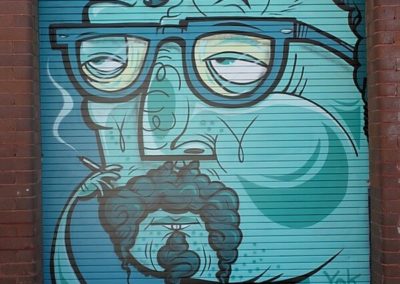 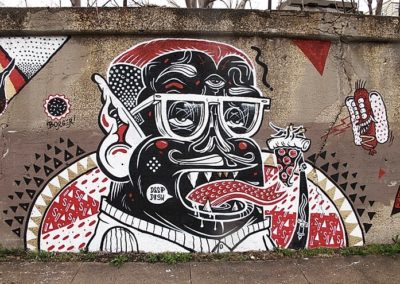 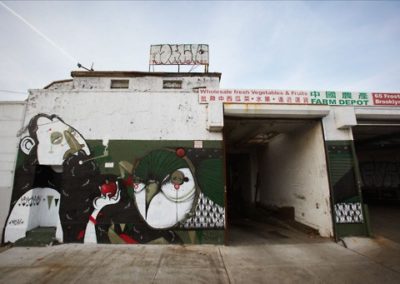 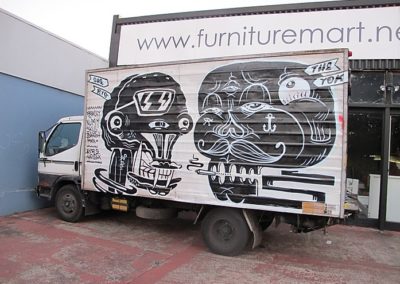 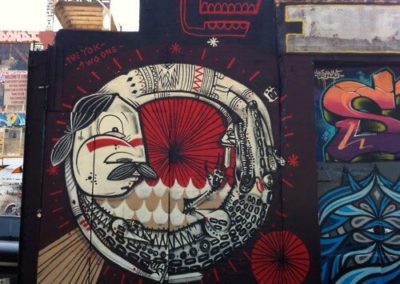