Zosen Bandido is an Argentinian creative artist whose work is filled with neon colors and geometric patterns with symbols. The artist creates his proper mythology, flooding walls and canvases with fantastic characters

At the age of 11, Zosen Bandido began to paint graffiti in Buenos Aires in 1989. During this time, he was skateboarding with other teenagers and he would spray paint the name of his skate crew around. He never realized that this would lead to life as an artist.

Zosen Bandido moved to Barcelona, Spain in 1990 when he was 12 years old. He was born to a Spanish-born Mother and Argentinian Father. His inspiration was first obtained through the works of other artists. Although the Internet did not exist at the time, he would travel through neighborhoods to discover new walls and new murals. Sunday mornings were made of Placa Universitat crew meetings. These meetings consisted of skateboarding, breakdancing, trading fanzines, bombing subways, and listening to music from boom boxes. His crew was part of a very small underground movement. Since everyone knew each other it was similar to an extended family.

By the early 1990’s the underground movement exploded. Television and Seminal movies such as Style Wars, Beat Street, and Electric Boogaloo helped create a revolution in the graffiti movement.This brought around a new generation of writers, bboys, mc’s and other hip-hop related trends. Graffiti writers stood out because they would wear bomber jackets, sport shoes, colorful tshirts, zulu nation logos and of course paint on their clothes.

Zosen Bandido believes that fashion and music trends change too quickly. This is due to the age of information. Till this day, Zosen Bandido still continues to hold possession of his cassettes and vinyl.

As an artist, he has had his fair issues with the law. He was caught bombing (spray painting graffiti) on numerous occasions as a teenager. As he grew older, he would paint large murals even as police were questioning him. Zosen Bandido also wears a mask- not to disguise his identity but rather to place emphasis on his artwork. Barcelona graffiti is colorful and holds freedom. Zosen’s paintings immerse the viewer in their vivid imagery that reveal his commentary on the world’s events.

Zosen is part of an artistic duo with Japanese artist Mina Hamada. Their common work can be found across Europe and in cities in North and South American as well as in Japan. 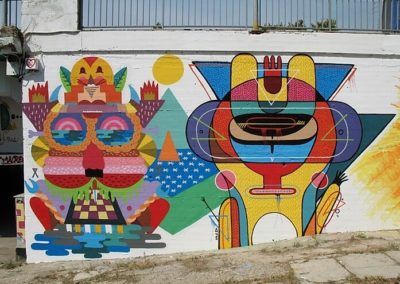 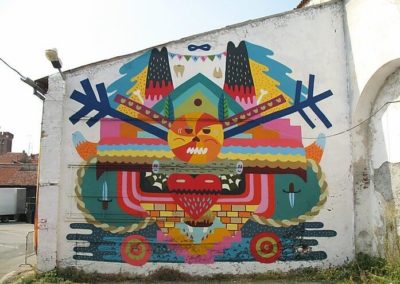 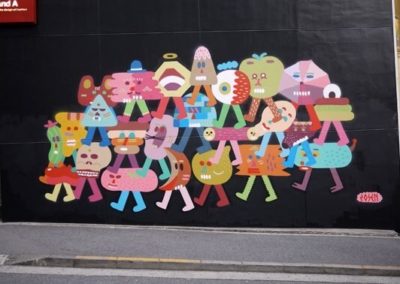 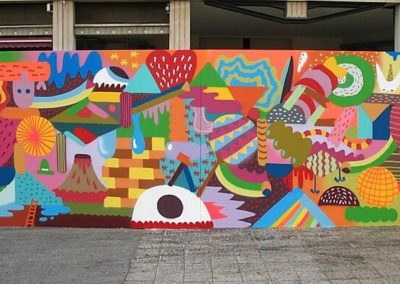 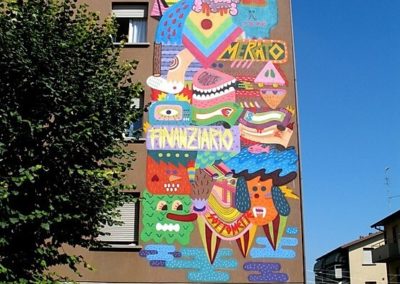 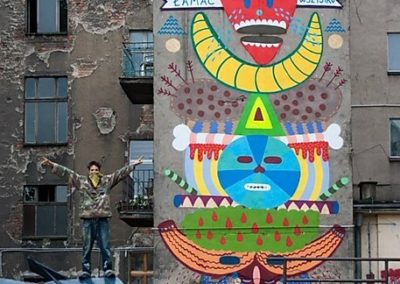 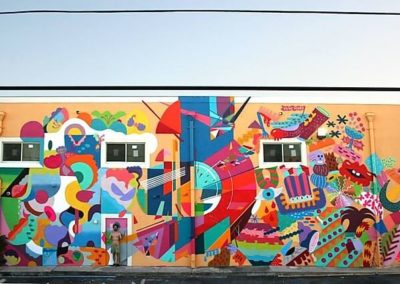 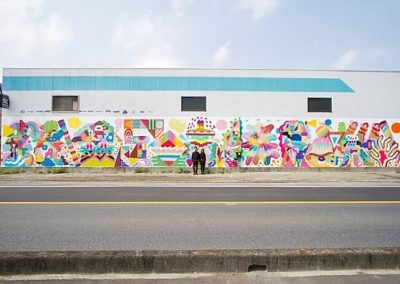 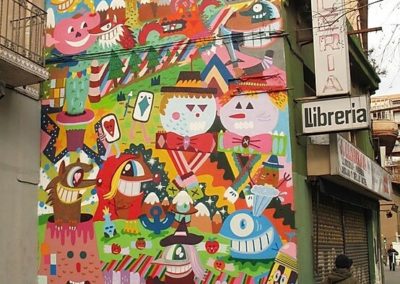