About Artist BirdO AKA Jerry Rugg 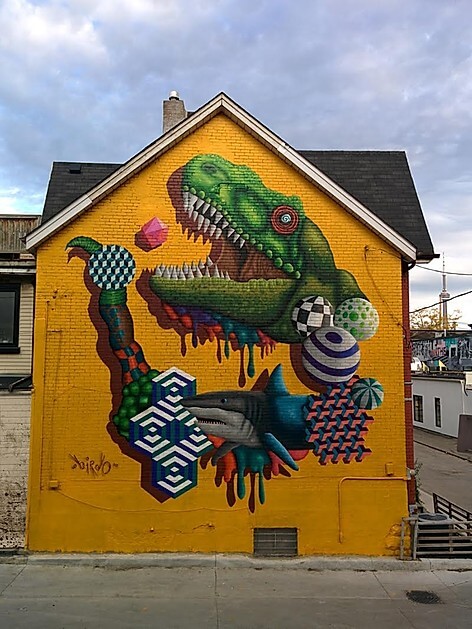 BirdO is a street artist that is currently based in Toronto, Canada. His travels with painting have taken him throughout the United States and Central America.

BirdO will be making his first tour through Europe with the first stop being Upfest in Bristol during the upcoming summer of 2016. The next murals that he will be painting will be in Tallahassee, Florida and until then a lot of his time will be spent in his studio painting canvas and drinking Earl Grey tea. BirdO doesn’t read as much as he should but on occasion he will listen to an entire book on tape in one studio sitting. In a sense, he is still digesting the information.

His future plans are to continue to study and grow. BirdO will try to stay fresh with graphic design fundamentals, and he is also always looking to evolve his painting techniques. He likely foresees at least a couple of hitchhiking expeditions, several ruined shirts/pants/shoes, many snowball fights, ill advised tattoos, better food choices, sunburns, cups of tea, late nights, early mornings, chess matches, crossword puzzles, and brunch. But mostly he foresees painting.