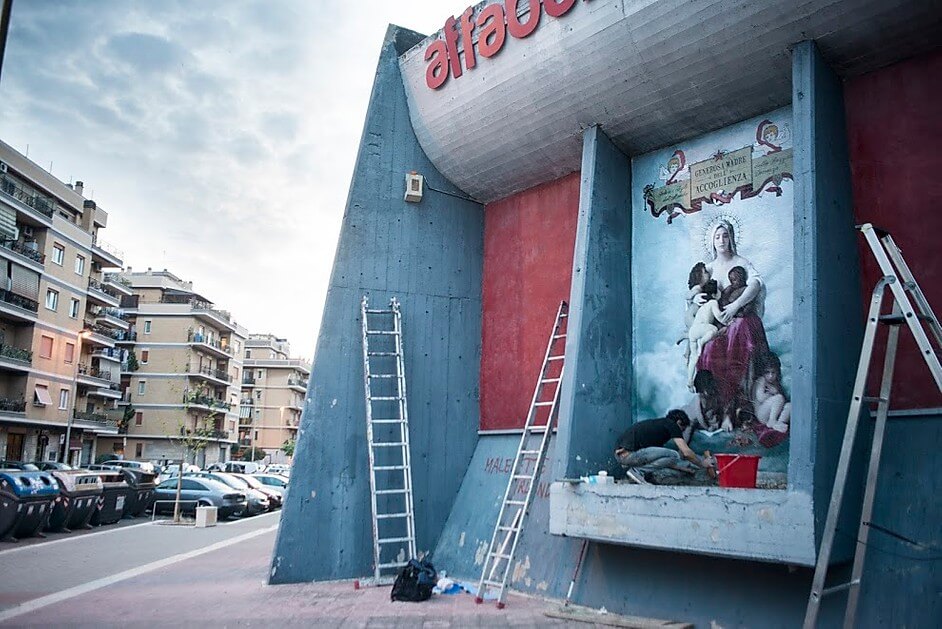 Last Sunday, May 8 morning, “The Welcoming Mother” has appeared.

The intervention of Ex-Voto helps to enrich the artistic path that with the project “Urban area – Scena Aperta” is taking shape of Ostia, from Tetro del Lido to the Idroscalo zone.

>> Friday, May 20, in fact, at the Teatro del Lido (delle Sirene st. – 22), from 5.30 pm, will be held the event of the end of the photographic and original artworks exhibition. The event will coincide with the end of the first act of the mural work in the neighborhood and launching of the second act that will last until the end of June.

>> It will be also presented a limited series of prints of the “Welcoming Mother”signed and stamped by Ex-Voto to self-finance the next artistic incursions of the project, edited by the non-profit “a.DNA” in collaboration with different realities of the territory.

Contact by e-mail below for more photographs and more information]