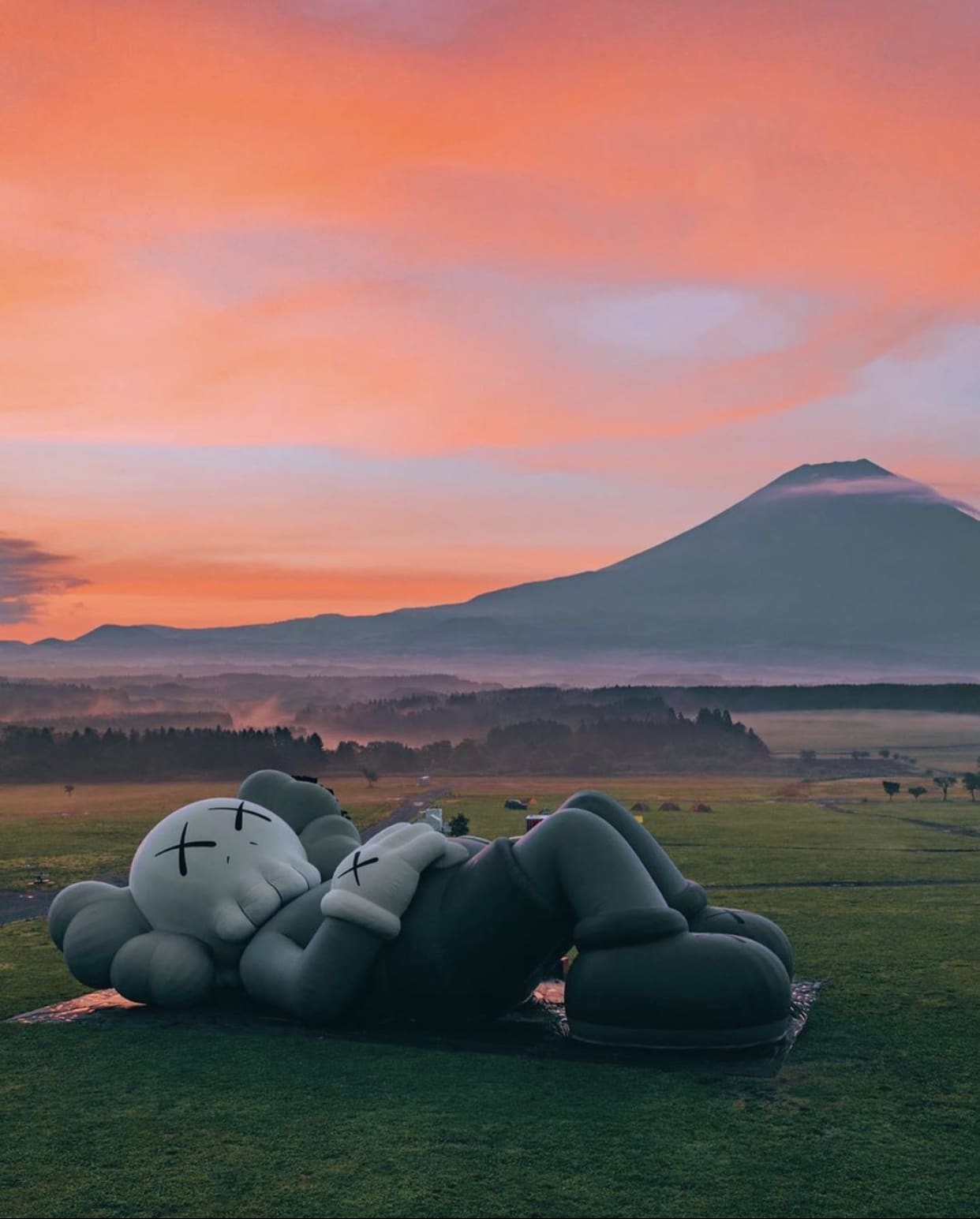 World-renowned artist KAWS first released his collectable ‘Companion’- an 8-inch figurine of an altered Mickey Mouse- over 20 years ago, and since, the character has become a highly covetable worldwide sensation.

The former street artist, real name Brian Donnelly, straddles the worlds of pop culture and art, often referencing recognisable cartoon characters from The Simpsons, Spongebob Squarepants and Sesame Street. His subversive take on beloved characters has garnered a cult-like following, with his drops selling out instantly and auction houses scrambling to re-sell.

For two weeks in March, KAWS took his Companions into the virtual realm with a series called ‘Expanded Holiday,’ an AR project that included limited and open editions of AR Companions and a free exhibition that placed massive AR sculptures in major cities across six continents.

The project was realised through a collaboration with tech company Acute Art, who are leading the way when it comes to helping artists realise ambitious VR–driven works. Visitors to the free exhibitions were able to view a giant, levitating Companion through the Acute Art app at 12 locations worldwide including Times Square in New York, The Louvre in Paris and Shibuya Crossing in Tokyo.

It was also possible to lease an AR Companion via the app for 7-30 days for under $30. Users could then see the artwork at any location for a limited time. Also, 25 limited-edition AR Companions were released via the website for $10,000.

Whilst working with Acute Art, Donnelly said, “I instantly got excited about what the possibilities of [working with AR] could be that couldn’t exist in a traditional medium.” He was drawn to “the scale, [and] ability to create an experience that feels real and can occupy a real space but exist digitally.”

It feels like a fitting time for an international AR exhibition- the release of ‘Expanded Holiday’ came at a time when museums are temporarily and indefinitely closed to the public, most major art fairs have been cancelled or postponed and travel has been restricted in response to the coronavirus pandemic. Though KAWS and Acute Art could not have predicted the timing, the press release for ‘Expanded Holiday’ did suggest that the project “represents a new exhibition model that reduces transportation and travel for a global art world.”