Conor Harrington was born in 1980 in Cork, Ireland. He attended Limerick School of Art and Design and received in 2002 a Bachelor of Fine Arts.

His work draws a fine line between classical and contemporary art, and masterfully creates a world within those boundaries. The Irish-born Harrington, a former graffiti artist, not only still enjoys painting huge outdoor murals but consistently tackles new, inventive forms of art, often in a gallery setting.

Conor Harrington utilizes realistic images of people in his pieces, incorporating abstract elements to accompany his painted subject. His illustration of the human form is mesmerizing: he skillfully hones in on certain parts of the figure while obscuring others through the use of bold line work, superb shading and bursts of color within his creations. There is also a more subdued side to Conor Harrington’s art, relying on a darker color palette to convey his intended message to his audience.

Ultimately, the ability to combine unconventional, contemporary techniques while focusing on the more historical human form allows his art to be more revolutionary in nature while retaining a sense of historical importance. An example of this is Harrington’s use of male figurative aspects. He frequently depicts conflicts found in the modern male identity and its role in the “gender crisis.”

Conor Harrington’s works are unquestionably dreamlike, finding a striking balance between the ethereal senses and hard realism behind the dominant themes of today’s society. In a sense, Harrington emphasizes the importance of realism in his work by the application of more modern elements, such as feature obfuscation, that bring this style of art to light. This even distribution of both techniques by Conor Harrington allows the viewer to get a sense of the importance of both methods in depicting what he is attempting to communicate with regards to each piece.

The juxtaposition of sharp lines alongside the softer image of the human form is another clever technique used by Conor Harrington to modernize what could be seen as a more classical image. His art is astute in the sense that it takes into consideration the imagery and works of previous classical artists to bring to light what is noteworthy in today’s world.

Whether it be murals, paintings, or, as in the case of 2008’s Weekend Warriors exhibition, the use of costumes and military re-enactment enthusiasts, the integration of the old and new is what makes Conor Harrington’s work so memorable. He is always delicately, definitively tapping into both the historical and the often parallel modern themes of our society to deliver important commentary through his beautiful artworks.

Harrington has held solo and groups shows mostly in London, but also in New York. He has also painted numerous street pieces across the world such as in New York, Miami, Paris, London, Warsaw, Copenhagen, Aalborg, Mallorca, Sao Paulo, San Juan and the Bethlehem Wall.

Conor Harrington is currently based in East London, where he works primarily from his studio. 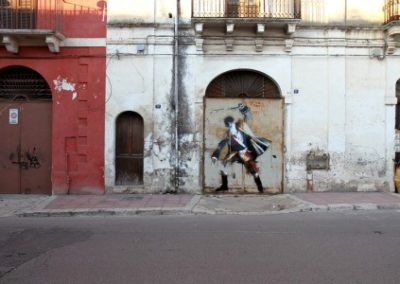 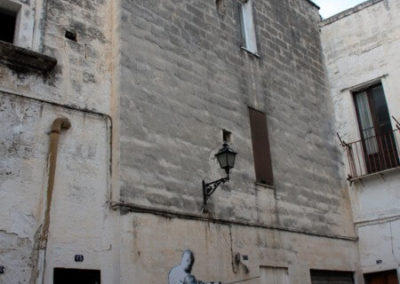 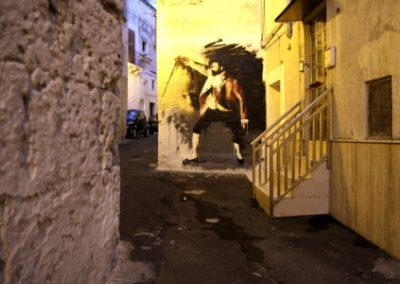 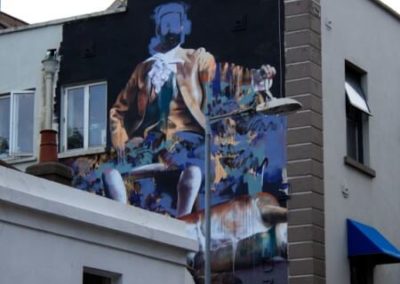 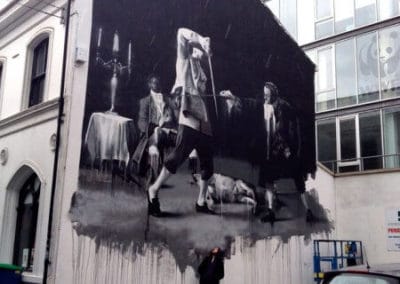 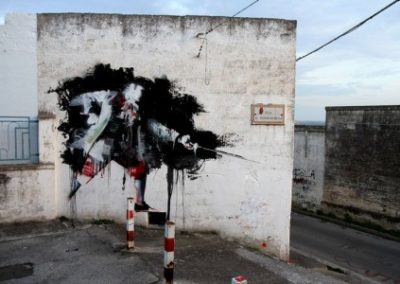 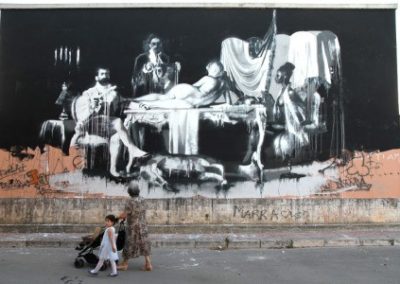 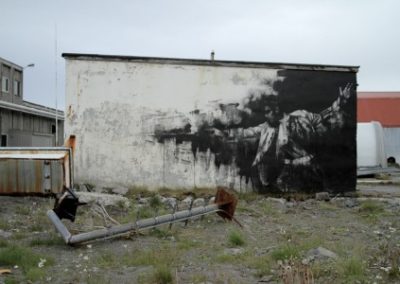 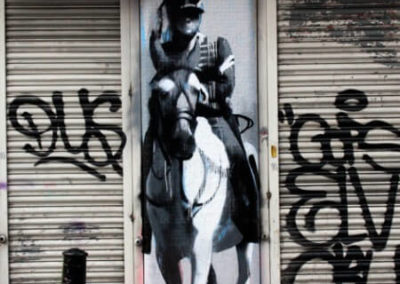 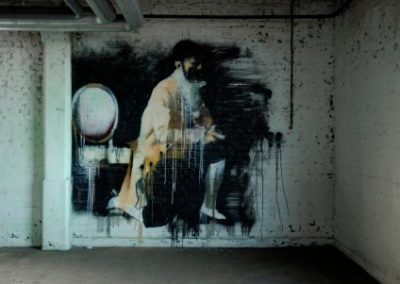 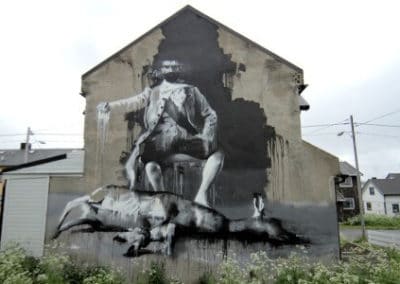 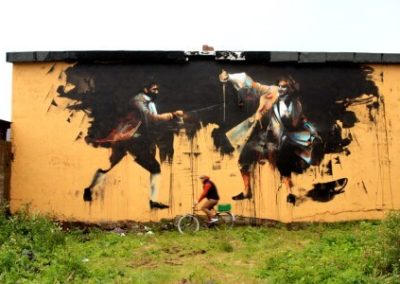 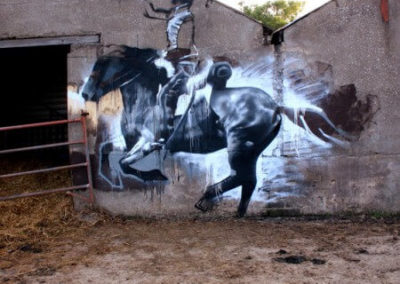