Mauricio Murillo, also known as Crummy Gummy, is an American photographer and street artist from Florida. He uses iconic images from childhood like the gummy bear, a recurring theme in his work, and combines them with the realities of modern adult life like unemployment, violence and war. So Crummy Gummy’s work is anything but cute and childish. He came up with the pseudonym Crummy Gummy when his gummy photographs started to get popular as an easy way for people to remember his name.

The “crummy gummies” can be found juxtaposed with well-known, famous images as well as more iconic figures. They are also frequently seen in situational images with everyday items, such as a rubber duck or a painted toy skeleton. The humor present in Crummy Gummy’s work is often slightly morbid and sarcastic, yet quite genuine to his artwork.

There are many variations to his gummies, from colorful, disturbing ones to those that have morphed for an end result that is entertaining for his fan base. No theme goes unturned, delving into all religious and holiday ideas, among others, as inspiration for his work.

For instance, “shoot them in the face with gummy love” takes the negative connotation of violence and gun use and manages to make it less threatening with the incorporation of such themes as love and innocence. His frequent plays on words make his works that much more thought-provoking to those who take note of them.

As a photographer, Crummy Gummy uses photography in his street art primarily as wheat paste. His work is instantly recognizable, utilizing his signature mutated green gummy in many of his works of art. As a matter of fact, Crummy Gummy is known for taking once innocent images of one’s childhood and making them troubling to the viewer. Furthermore, Crummy Gummy has found even more success in creating toys based off of his ideas.

Since 2013, Crummy Gummy has been releasing his own resin “gummy” figures. The first, released June 14, 2013, is named “Purple Rain” and was sold to the very first buyer along with a free, used VHS copy of Prince’s film Purple Rain. New figures have been released each month since, notably during Black Friday, when Crummy Gummy released two figures named “Raw Meat” and “Urinal Cake.”

Crummy Gummy makes it a point to integrate statements into his works that prove to be somewhat ironic, not necessarily coinciding with his subject matter. Humor is rampant throughout all of his works of art, making his signature gummy bear interact with his environment while creating a bold statement. Ultimately, Crummy Gummy has managed to use every controversial topic as a means of bringing his creatures to life.

In the end, Crummy Gummy’s goal is simply to make you say, “What the hell?” and he does this very well.

His works can be found all throughout North and South America, in places such as Orlando, FL; Las Vegas, NV; Los Angeles, CA; Mexico City, MX; Rio de Janeiro, BR and other cities, as well as in collaboration with other artists like Manny Romero, Atomic Vomit and Boy Kong throughout the United States. 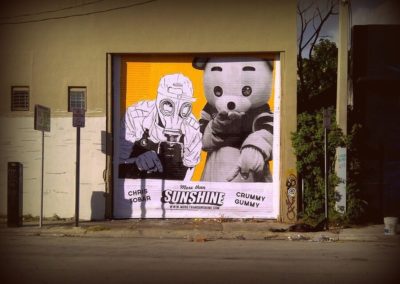 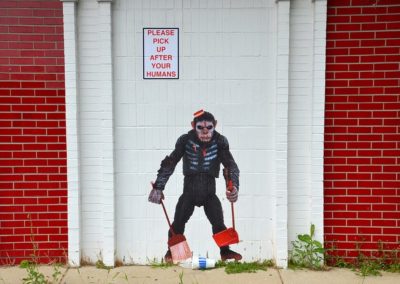 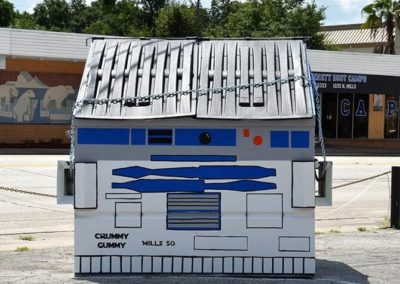 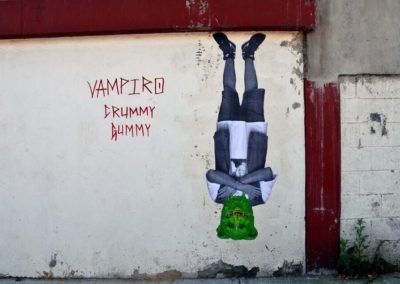 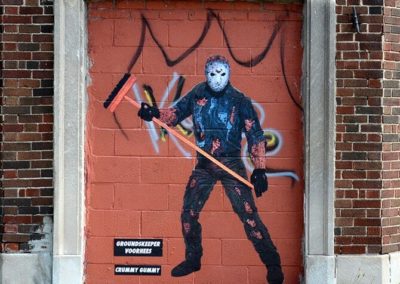 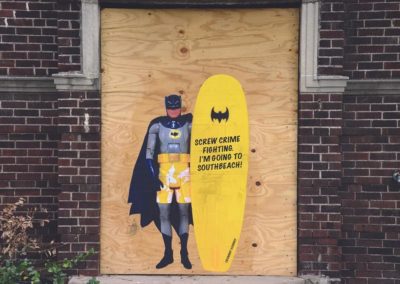 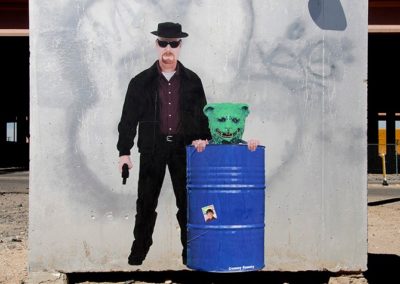 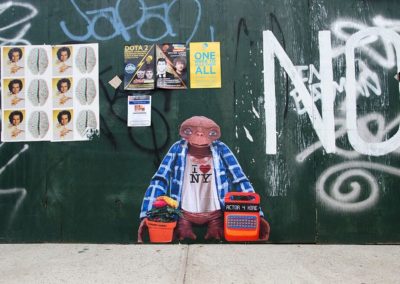 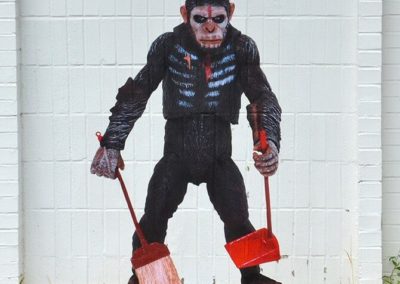 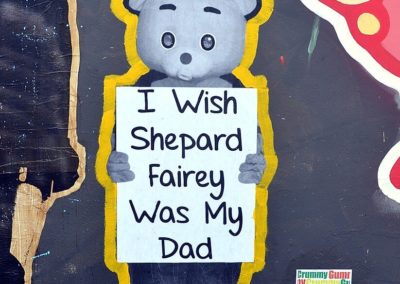 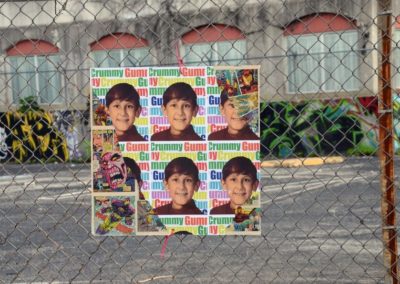 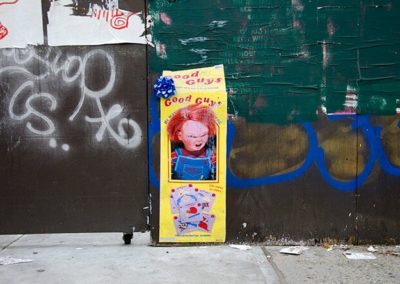 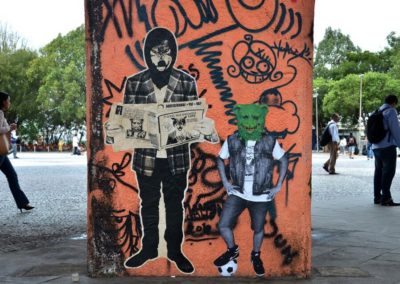 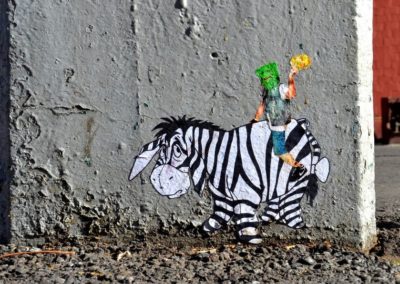 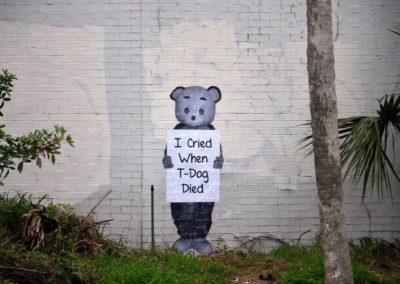