H101, or hachecientouno, was born in Madrid, Spain and now resides in Barcelona, another city within the same country. His work is inspired by the beauty of old cultures and their inherent mystic beliefs. Additionally, H101 is known for both his geometric and abstract style. There is no specific theme to his work, but rather a magnetic energy that is present throughout all of his art. Typically, with abstact art, the door is open for interpretation. However, with H101’s abstract works, he does not want his audience to think there is a specific message behind it, but rather a means for his observers to simply be happy by what they see.

There are subtle cultural influences visible throughout his works, including such images as a typical neighborhood, for example. H101’s color palette use is warm, bright, and inviting, bringing about an overall positive vibe to what is being portrayed through his work. However, one must also take into consideration the darker color palette that H101 has used in the past to add a  more mysterious energy to his respective pieces. Along wIth his dominant use of geometric patterns is also the incorporation of more organic elements such as swirls, circles, and curves, diminishing the expected rigidity of geometric shapes and allowing for more fluidity and softness to develop throughout his art. Furthermore, there is no set pattern to his geometrics use, but rather variation to the incorporation of these shapes that removes the mundane aspect that is typically associated with geometrics use. Specifically, it is the clever placement of his geometric shapes that gives a unique 3D effect to his works.

H101 has mentioned that his greatest accomplishment has been simply to learn how to be. Additionally, the only obstacle for H101 is himself. What’s more, he believes in the power of energy, as reflected through his art. In the future, H101 desires to continue experimenting with geometrics and bright colors as a means of further developing his craft as a notable street artist.

Shortly after discovering painting in 2002, H101 decided to dedicate his entire life to street art. Since then his work has been exhibited among solo and group shows as well as in street art festivals throughout Europe. 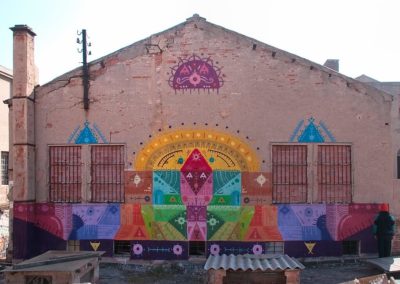 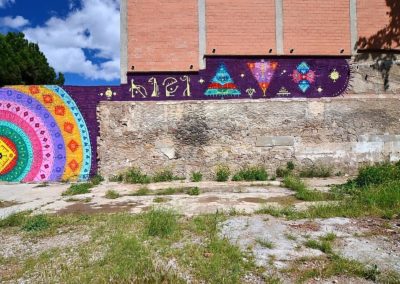 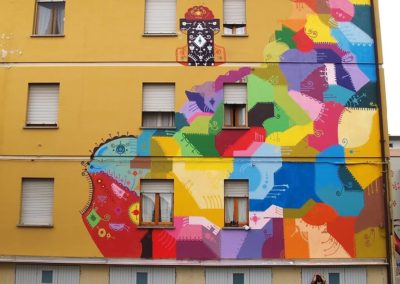 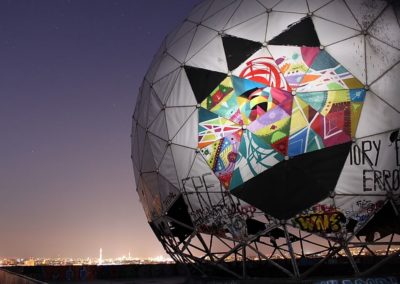 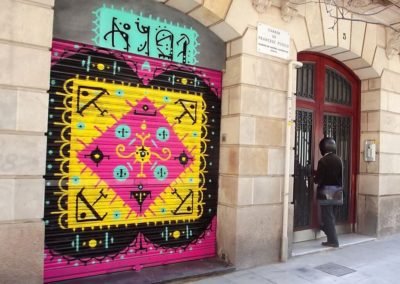 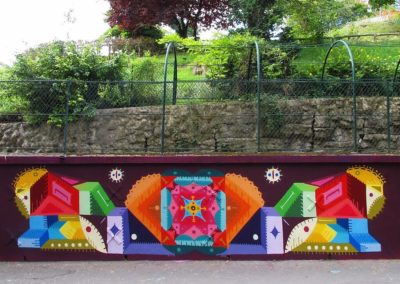 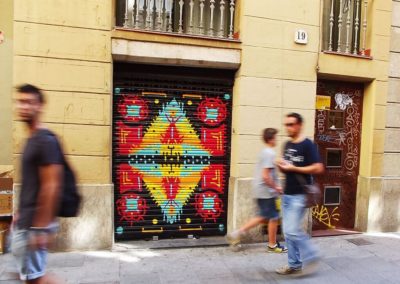 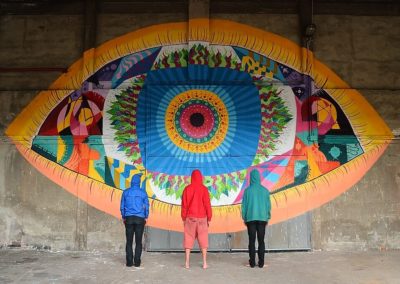 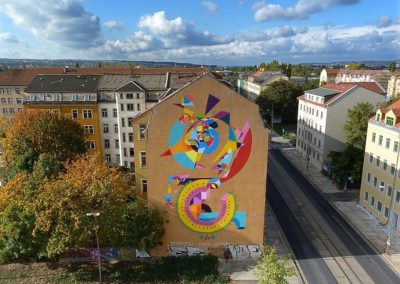 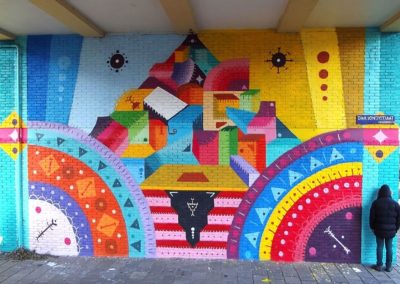 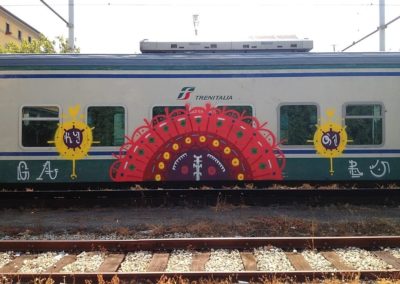 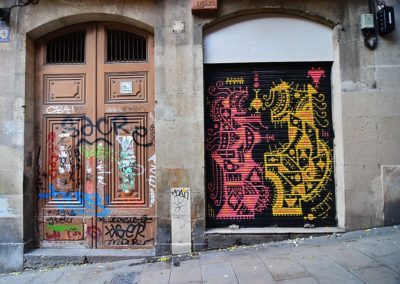 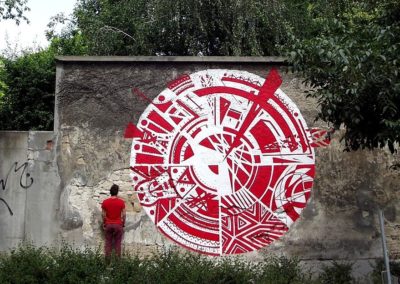 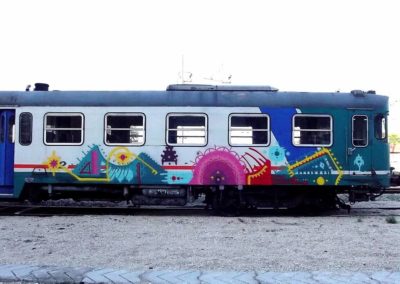