Herakut is a German artist duo comprised of Hera (Jasmin Siddiqui) and Akut (Falk Lehmann). In 2004 both artists combined their works and names to create Herakut. Their successful collaboration merged their individual approaches characterized by Hera’s classic art education and studies in Graphic Design and Akut’s experience as a graffiti artist – he was part of worldwide renowned the MA’CLAIM Crew along with CASE, TASSO, and RUSK. The result is a unique signature style characterized by imaginary worlds and characters, melancholy and storytelling.

One look and you’ll agree that there is much power and beauty to be found in Herakut’s works of art.

Albeit dark in nature, the imagery found in Herakut’s works is striking, conveying a myriad of emotions through the main focus of their works: the eyes. It is this emphasis on a darker color palette that serves as a background to their murals while adding a vibrant energy to these specific elements chosen to be emphasized in their creations. In contrast to their more recognizable works, Herakut has also delved into the more strict black and white color palette. Nevertheless, the combination of more modern elements with their customary conventional techniques allows the two-person German street artist team to bring to life every single character portrayed in their art at a more relatable level in today’s art scene.

Additionally, the incorporation of poignant messages in their works creates a sense of wonder when observing their art. Specifically, their words take you into what seems to be the childlike, pure essence behind Herakut while delivering a punch to the imagery they provide. What’s more, there is a repetitive theme of both animal imagery and human subjects found in each piece. These images transport us back to our adolescence, a time where innocent imaginary friends were an embraced accompaniment to our creative minds. Yet, one can’t help but notice the darker aspect of these childhood elements. Specifically, the animals are given somewhat distorted, exaggerated features when alongside their human counterparts. With additional repetitive themes such as children cloaking themselves in different animal skins, you get a sense that Herakut appreciates the beauty of being able to take yourself to another world as a child while believing in the power of imagination and the human spirit.

Herakut’s approach to art is also humanitarian, with more than half of their work is dedicated to charity causes. Their main focus is supporting children in need. They were invited in February 2015 by Samantha Robison, founder of the non-governmental organization AptART (“Awareness & Prevention Through Art”) to paint a series of murals in Jordan. These murals were dedicated to working with Syria youth inside the refugee camp Al-Zaatari.

Herakut specializes in street murals. Most of their works are commissioned, both in and outside of galleries. Their artwork can be found across the five continents of the world – from Montreal to Kathmandu, from San Francisco to Melbourne. 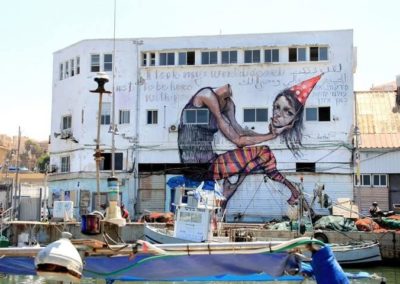 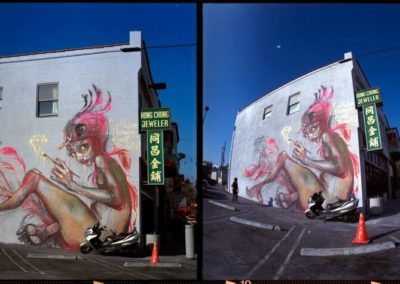 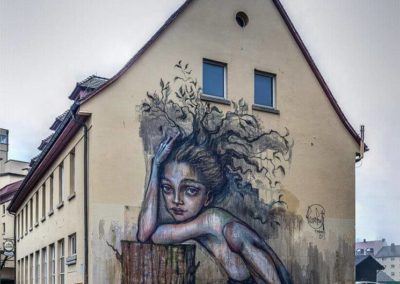 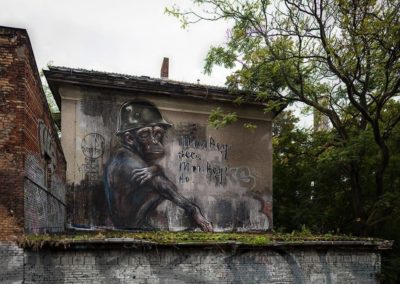 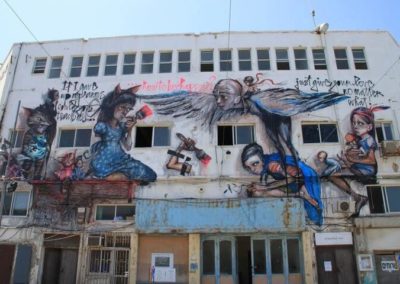 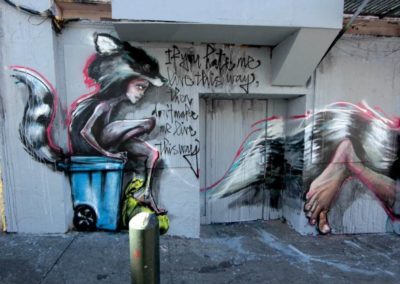 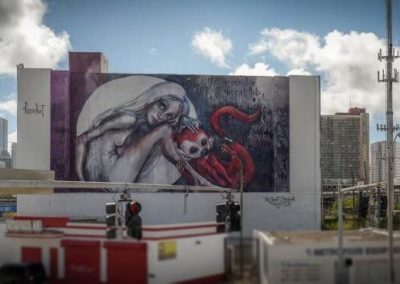 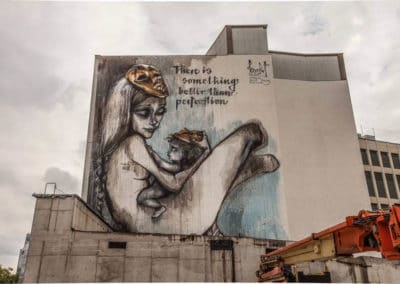 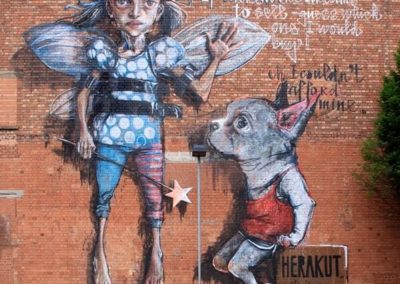 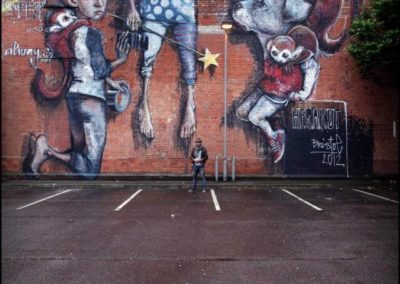 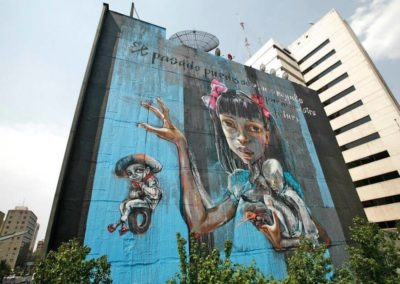 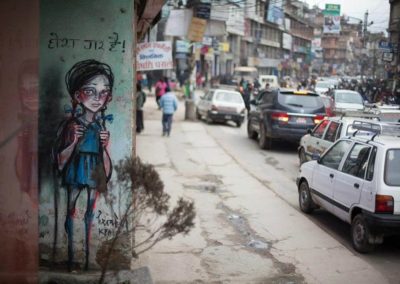 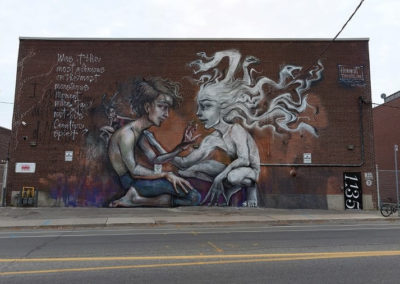 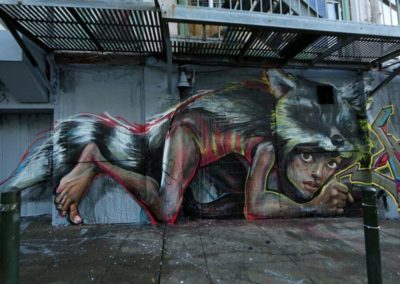