Artur Bordalo, also known as Bordalo II (pronounced Bordalo Segundo), was born in 1987 in Lisbon, Portugal. He is famous for using street garbage to create stunning animals sculptures so as to warn people about pollution and all types of endangered species. His works are considered as « trash art ».

Artur Bordalo studied painting at the Academy of Fine Arts in Lisbon for eight years where he discovered sculpture, ceramics and experimented with a variety of materials. His passion for painting dates back to his childhood when he used to spend endless hours observing his grandfather painting in his studio and also tagging in the underworld of the city of Lisbon. Deeply influenced by his grandfather, Artur Bordalo started spray-painting walls in the streets at the age of 11. He then chose the artist name Bordalo II as a tribute to his grandfather Artur Real Bordalo (1925-2017) in order to honour him and highlight his artistic legacy.

Bordalo II creates sculptures from various discarded objects he can find around the city like scrap, old tires, car carcasses, appliances, plastic stuff and aluminium cans… His installations are focused on questioning the materialistic and consumerist society we live in. They aim to highlight the excessive production and consumption resulting in a tremendous and continuous production of garbage. Consequently Bordalo II’s sculptures tackle the topics of pollution and the destruction of the planet.

The animals present in Bordalo II’s installations are species that are directly affected by this pollution and that could possibly perish to the effects of such waste present in their natural habitat. According to the artist, “The idea is to depict nature itself, in this case, animals, out of materials that are responsible for its destruction.” His creations show depictions of bears, foxes, various species of birds, elephants, felines as well as numerous different sea animals.

Since 2012 Artur Bordalo has created about two hundred animals sculptures using more than 60 tons of reused materials. His installations can be found all around the world so as to globally vehicle a universal manifesto.

Bordalo II is also famous for his Railway Series realised in Portugal in which he cleverly uses train tracks to make art. Those pieces are remarkable with contrasts in bright and neon colours and show playful and cynical situations.

When he is not travelling abroad, Artur Bordalo continues collecting street trash and works on his sculptures in his tiny studio in a northern Lisbon neighbourhood while listening to electronic music. 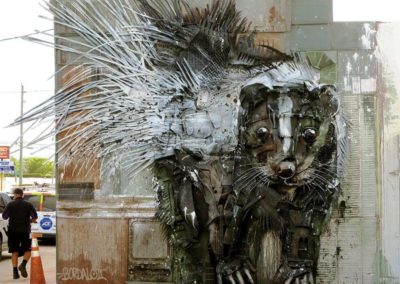 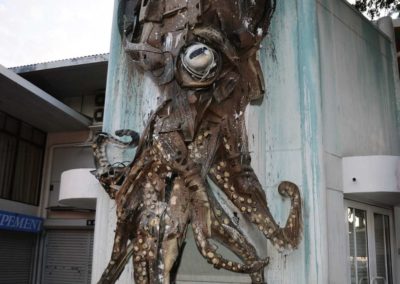 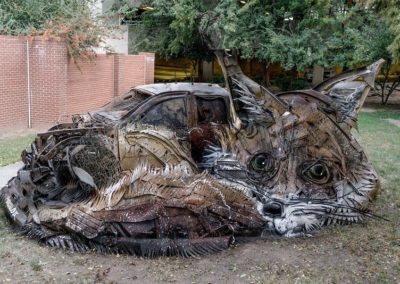 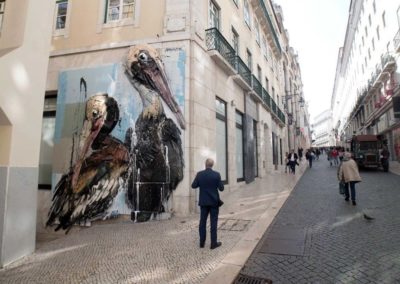 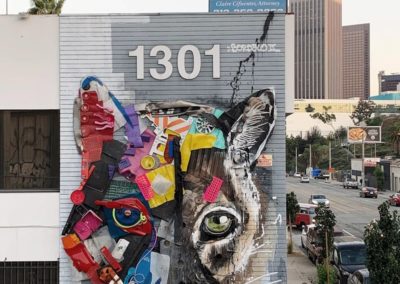 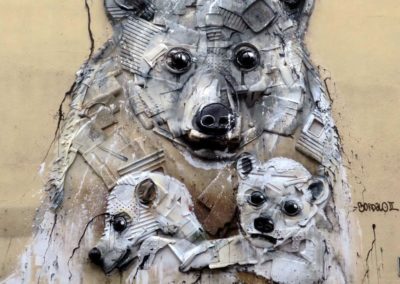 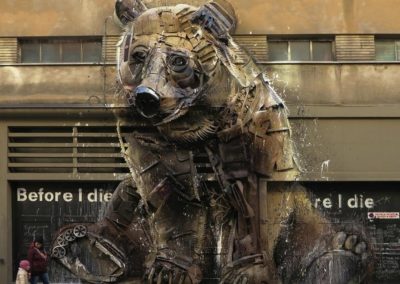 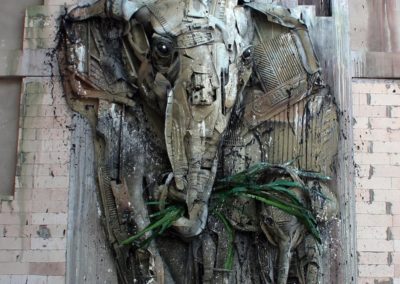 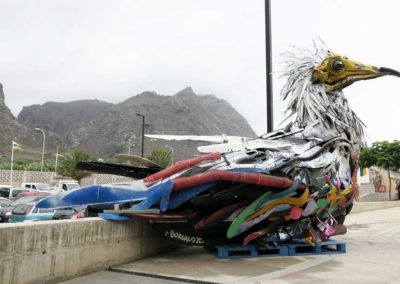 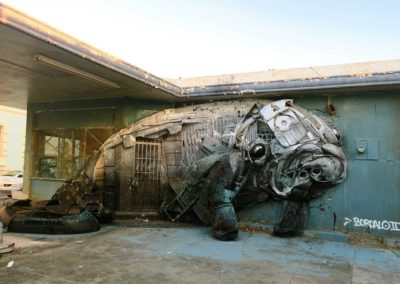 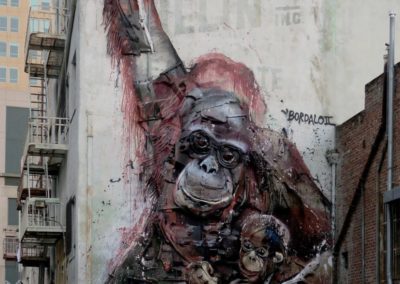 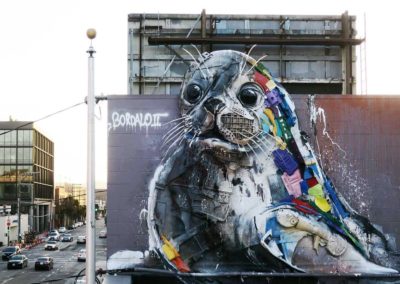 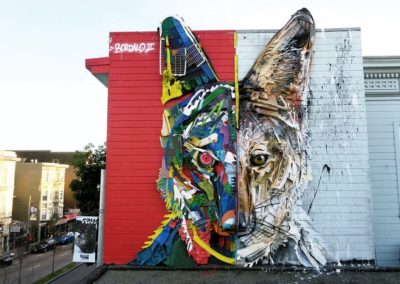 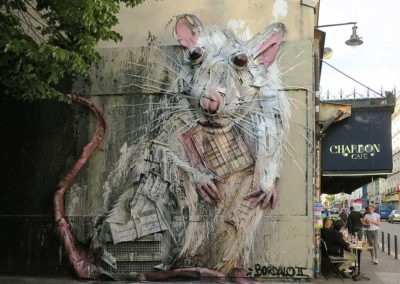 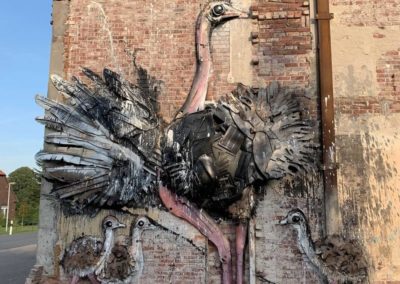