David P. Flores is an American artist and product designer. He was born in Tulare, California and attended high school at Tulare Union High School in the same city. After graduating from high school, he attended college in Santa Barbara, California. There he received a degree in graphic design. Soon after, he jumped into a career with the skateboarding industry.

He was first published internationally at the age of 18, creating logos that are still heavily used in the skate industry today. He has worked with numerous companies like Disney, Oakley, The Olympic Games, Medicom, Stussy, Nike, The New York Racing Association, The Nelson Mandela Foundation, Equinox, The Mexican Consulate and The Los Angeles Memorial Coliseum. New York’s Museum of Modern Art (MoMA) acquired the artwork of David Flores in 2006, where it resides in the museums permanent collection.

During his early years in the industry, David P. Flores worked for Shorty’s Skateboards as a freelance illustrator. His work was so great that he became internationally published in the famous Transworld Skateboarding Magazine. In fact, his work as an illustrator can still be found today in Shorty’s ads. In 1996 he moved to San Francisco and became art director for Deluxe Distribution. During his time as an illustrator, he had the opportunity to work with many other skateboarding companies such as Lucky Bearings, Spitfire Wheels, and BlackMagic.

In the early 2000s, David Flores painted a series of paintings known as “Giants” which depicted Giant Robots in the City of San Francisco. Soon after he had an opportunity to design and produce his own limited edition vinyl toys, clothing, and paintings with his unique art style known as “Stained Glass.” During this time he also created artwork from a variety of iconic figures such as Mother Teresa, Mos Def, and Sophia Loren. He also produced art by reworking with other familiar icons such as Disney characters. David Flores’s work became an instant hit in the global urban community, especially in Japan.

After experimenting with street art, David Flores is best known for his self-proclaimed “stained glass” and mosaic style. These images are often famous iconic images and he enjoys participating with a variety of companies to perform his work. Some of these opportunities have led to great collaborations such as working with Shepard Fairey, Stussy, and Kidrobot.

David Flores’s Stained Glass style was developed while he was working at Deluxe Distribution; he was sitting around making comics with Mark Gonzales. Out of nowhere, David Flores began to outline people’s faces, cars, trains, and everything else. From that moment, this idea of interpreting lighting in an illustrative fashion simply stuck. His work has never been influenced directly by other artists because David Flores has always worked alone. Yet, David Flores art is highly influential.

Interesting enough, his artwork is very difficult to explain to someone who is not familiar with his work. This is also the same reason why David Flores prefers to carry pictures of his artwork around in his wallet.

David P. Flores enjoys creating art as an urban artist or street artists, and as a painter. He does not note the difference since all it takes is to create. He truly enjoys the street art movement since it allows individuals to speak their opinions out. These opinions can be expressed in any form of art, dance, and poetry. David P. Flores enjoys his freedom and meeting interesting people in every step of his way. 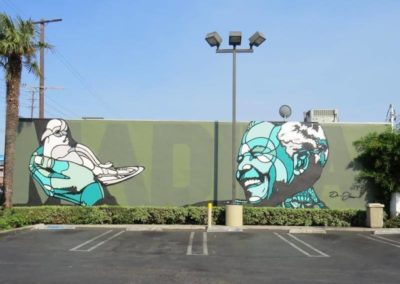 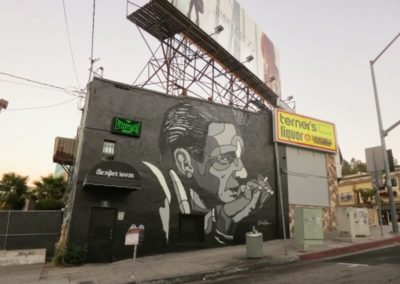 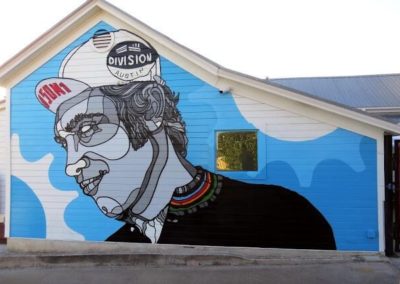 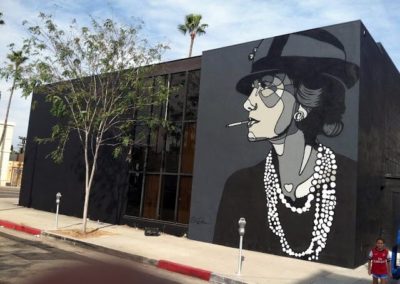 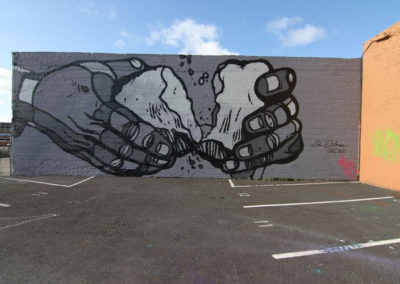 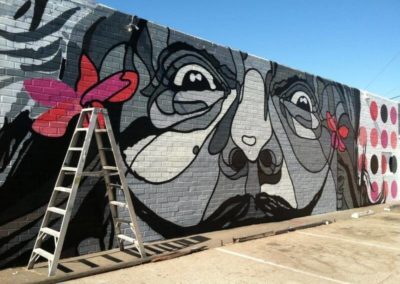 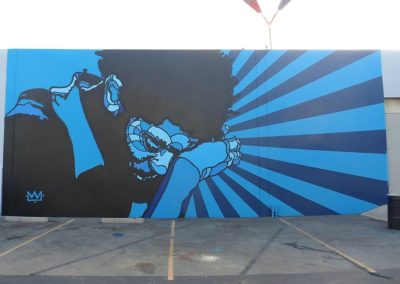 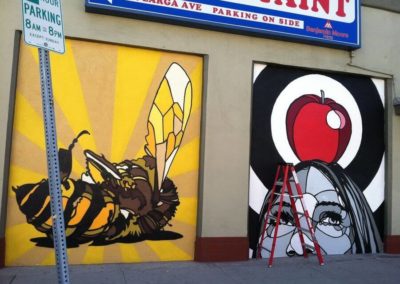 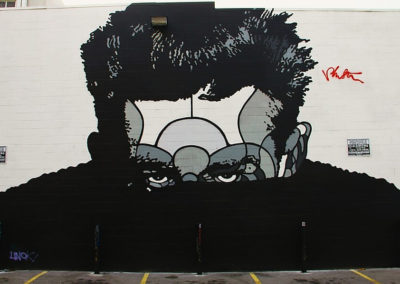 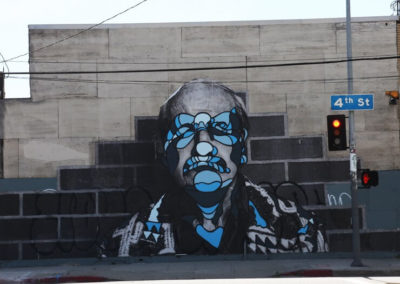