E.L.K, aka Luke Cornish, is an Australian artist creating unique, powerful images from handmade stencils. His rise within the contemporary art world has been meteoric, becoming the first artist to be nominated for the Archibald Prize with a portrait created entirely out of stencils. A former blue-collar worker from Canberra, Cornish’s apathy and boredom during his mid-twenties encouraged him to start experimenting with stanley knives and spraypaint cans. Nearly ten years later, Cornish has literally carved his name into the public’s mind.

​Using up to 85 layers of carefully hand-cut acetate, he sprays layer upon layer of aerosol paint until his images bear a striking photographic resemblance: this is a new form of hyper-realism that is unlike what has been seen before. He uses the tools of a street artist to create decadent, detailed works that envelop the viewer. There is an honesty to Cornish’s work, slicing back the layers and reconstructing his muses with astonishing deftness. The emotions that permeate through the eyes of his portraits have great depth, the shadows created by the stencils highlighting their anguish. His subjects all seem to share the same hardship and determination that Cornish himself has experienced, lending to a sense of dire reality in the unreality of his images.

​After a few small exhibitions across Australia, Cornish’s abilities began to attract public attention. Over the past five years he has been granted many awards, including being granted the Churchill fellowship in 2013, being selected as a finalist in the Metro Art Prize of 2011, winning the Australian Stencil Art prize in 2010, the most popular stencil at Melbourne Stencil Festival in 2008, and creating a shortlisted Tropfest film on the making of his Archibald portrait. And finally, the Archibald itself. This represents a shift in the contemporary art world, as Cornish’s controversial nomination has proven that stencilling is a viable fine art form that is now competing with more traditional methods.

​Cornish has held a dozen solo exhibitions since 2010 throughout Australia. His portrait of controversial Catholic priest Father Bob Maguire achieved a new auction record for a work by an Australian street artist selling for AU$34,160 during the Bonhams Australia Important Australian Art auction in late 2013.

​Now living and working in Sydney, he has continued to refine his craft, striving to push the boundaries of his medium and creating picture-perfect stencils. Cornish has nuzzled his way into the fine art world, showing that even if the pen is mightier than the sword, the scalpel might win out overall. 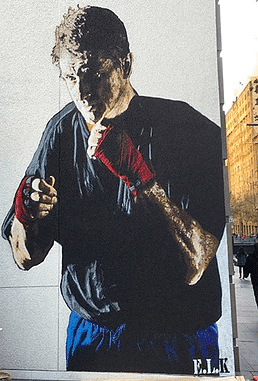 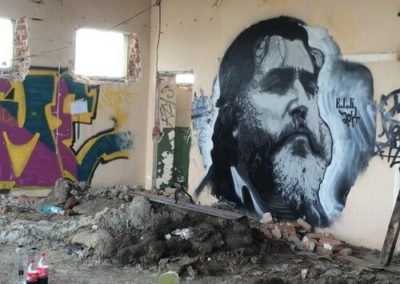 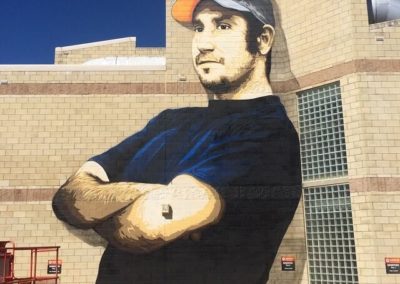 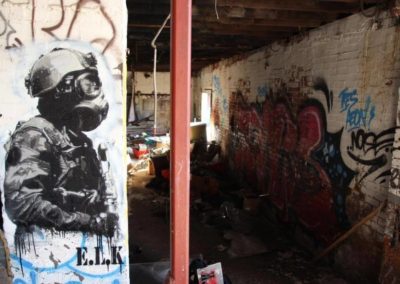 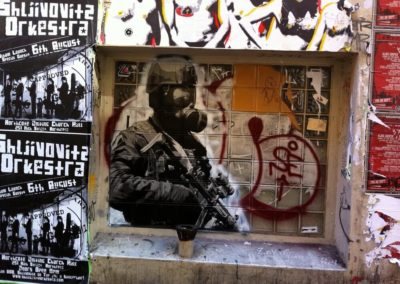 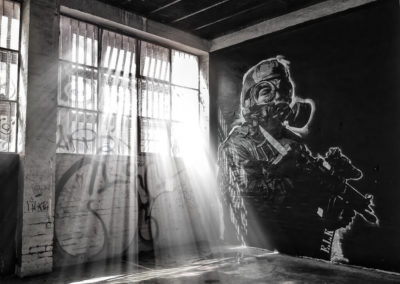 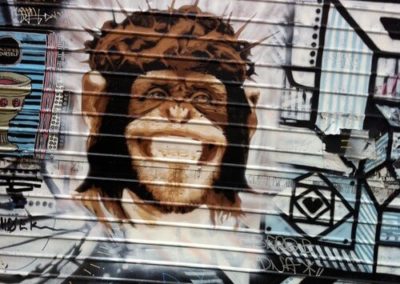 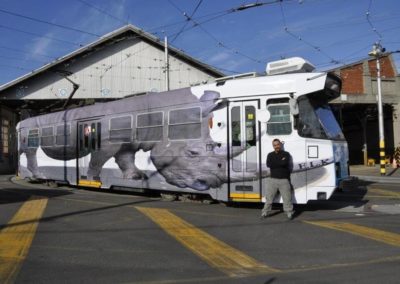