If there were ever an artist who truly captured the fundamentals of art, it would have to be Never 2501.

Italian artist Never 2501‘s works are visually stunning, diving head first into the essence of line art through his use of monochromatic color schemes that emphasize his technique. With the incorporation of an additional solid color found in the majority of his works, your eyes are automatically drawn to what Never 2501 has masterfully achieved through his line work. It is this color contrast that grants the mind a brief reprieve from the repetition of his line use. Whether uniform in nature or varying in widths and pattern, this line work allows Never 2501 to capture the particular form or movement that he is trying to convey in his piece.

What is so clever about Never 2501’s works is the fact that he is masterfully able to achieve an organic, 3D feel in his art through the use of lines. This manipulation of lines, placed against a plain background, delivers a hypnotizing effect to all his works of art. Additionally, the skillful control of line use that is present throughout his work ultimately softens the piece instead of conveying a harshness that could be initially anticipated. Sharp and elegant, the end product of his artistry is aesthetically pleasing to the eye.

Another component visible in Never 2501’s art is his use of circles. The integration of this element in to his work provides a vulnerability that is unexpected next to the dominance of his line work. Once fixated on his image, you realize that you need the focal point of the round form to train the eye on what is surrounding the piece. With that, Never 2501 successfully makes the eye of the viewer constantly go back and forth between both details.

In all his creations, whether it be canvas, paper, or walls, there is an obvious progression in size, detail and complexity that accompanies Never 2501’s works. His installations, in comparison, grant his audience a more natural, organic contrast to what is customary in his other pieces. His ability to play with different forms of media while remaining devoted to line use has allowed Never 2501 to develop into the incredible artist that he is today.

His work has been exhibited in galleries across the world for a decade and he was invited to paint murals to numerous street art events in large cities in Europe, USA, South America as well as in Australia. 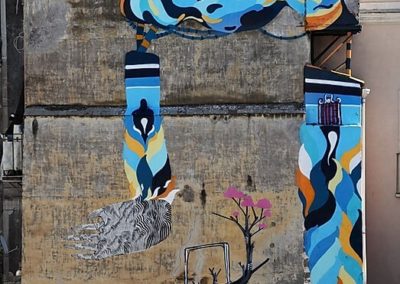 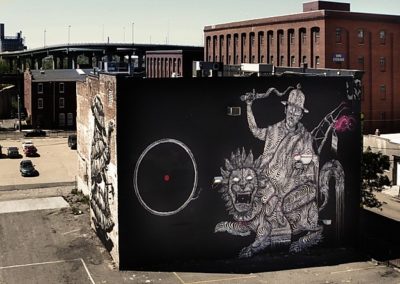 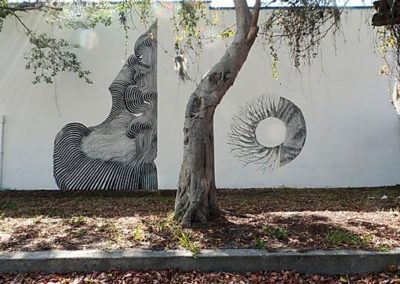 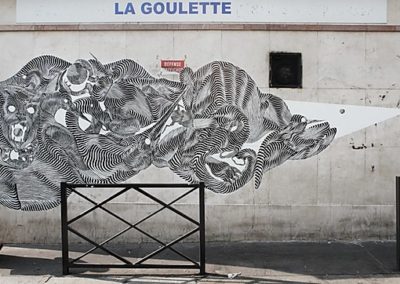 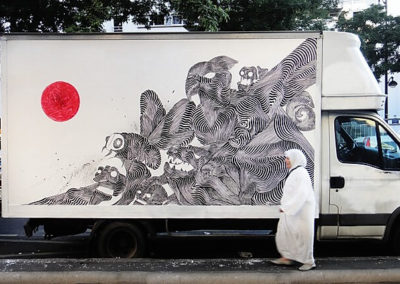 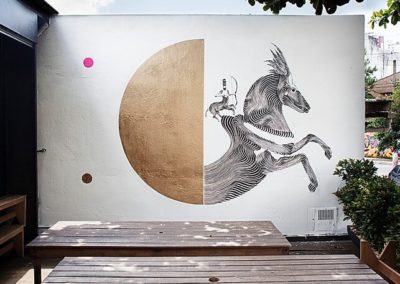 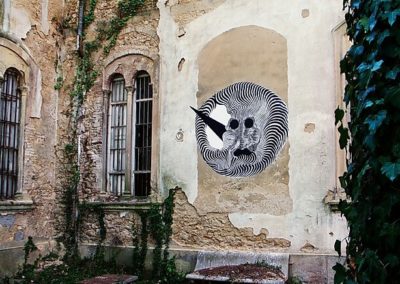 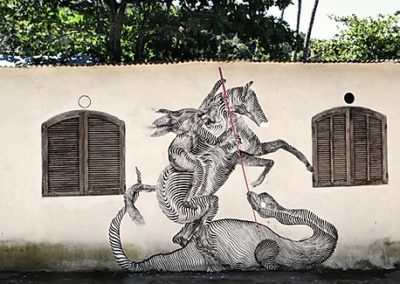 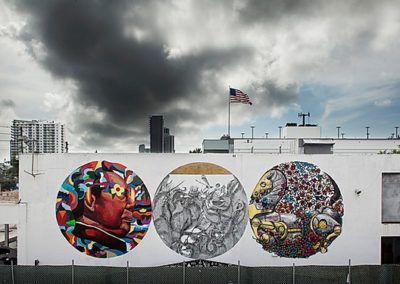 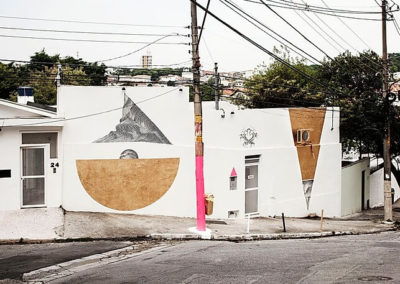 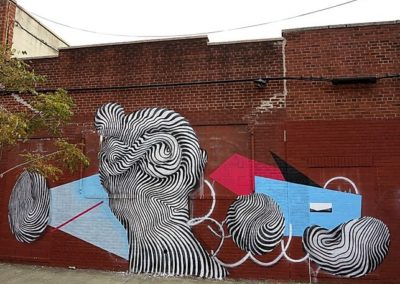 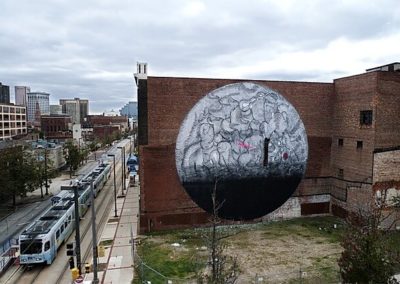