Skount was born on June 12, 1985 in Jerez de la Frontera, Spain. His childhood though was spent in Almagro, a Spanish city with a very important Historical-Artistic Zone. His work of art has a great focus on street art, and he is known for his highly detailed and vibrant characters. These characters are often delightful and full of imagination.

While his art mediums are fundamental to his creations, Skount holds no limit to his imagination. His wide range of art interaction include mural painting, music, canvas-based works, performances, video art, sculptures, and installations. As a matter of fact, the Spanish artist Skount is a complete artist from every single angle. He is known to be an illustrator, a writer, and a performer just to name a few. The classical Spanish theatre in his hometown inspires greatness in Skount.

Fascinated by the wonders of the world, Skount currently enjoys traveling the world. In fact, he feels painting worldwide is one of his major accomplishments. Not only that, but he has also managed to meet a variety of new people, obtained the opportunity to study other cultures, and is highly intrigued by differences presented within each experience.

Inspired by each distinguishable step in life, he holds a strong sense of direction. Every experience he holds true to his heart and is inspired by traveling, learning, and investigating his interests. At any given time he may feel the need to accomplish more. His passion for different cultures is strong and has opened up his perspective to new ideas. Every second of his life is cherished, and every day he grows by what he sees and feels.  He believes everything is built into the subconscious mind that in return feeds and influences his street art. All of this, in essence, is what makes Skount an admirable artist.

As with most artists, Skount is stimulated by his work of art. Not only does his art define his freedom to express, but it is also distinguished through a series of emotions and sensations at the moment lived. His major obstacle is time. He wishes there was more time to enjoy doing what he loves most. On the other hand, his major motivation is the ability to bring his work to the streets, similar to an open museum with endless possibilities. Progression, in this form, is simple. He simply imagines then sketches and draws on paper until he finally develops his final piece onto the perfect location. In return, this allows him to deliver and express his message in the perfect form.

Skount has worked and exhibited throughout Spain, Europe, Japan, China, Israel, Australia, Mexico and the United States. Ideally, he hopes to soon travel to Greek, Croatia and South Korea. His work is not just limited to street art. Skount is constantly investigating different ways to create different works of art- this is perhaps the most interesting part of his job. There is no limit to what this great artist can create with a variety of materials, techniques, color, display and ideas.

Skount is currently living in Amsterdam, The Netherlands.

“Dreams are not just a message (a coded message, at that), but also an aesthetic activity, a game of the imagination that has its own value. Dreams are proof that fantasies–emotional immersion in the visualization of events that have never and may never occur– are one of the profoundest necessities for human life…The characters that come from my imagination are my own possibilities, those that never came to bear, or those still on my horizon…”   – Skount 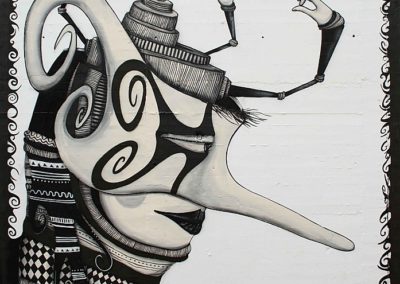 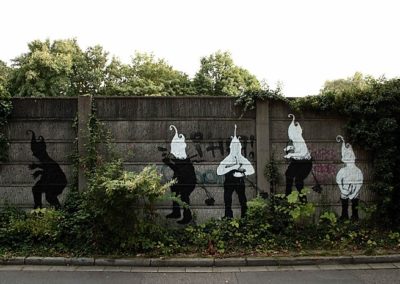 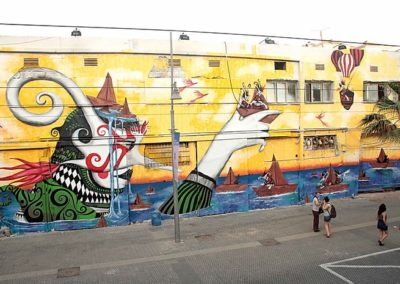 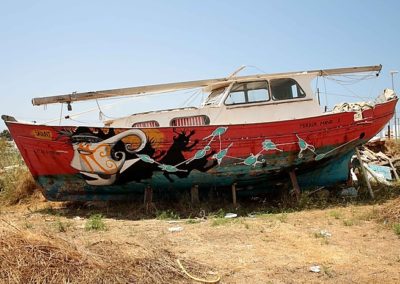 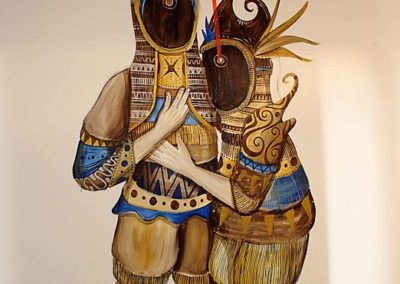 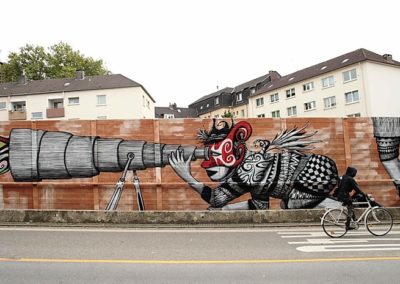 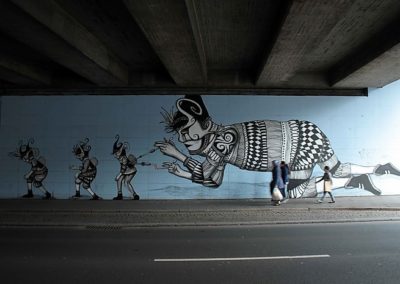 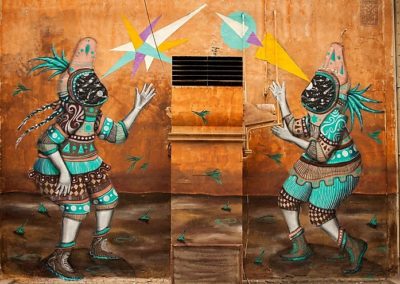 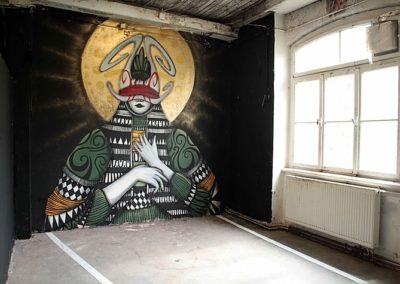