THISISOPIUM is an urban and public Greek artist from Athens.

Born in Greece in 1990, Alexandros Simopoulos, also known as THISISOPIUM, works inside and outside using a wide variety of mediums. His main interest though is creating public murals. The nickname THISISOPIUM came to him when he realized painting was his personal opium. He left Greece and moved in London where he received an MA Visual Arts in Illustration at Camberwell College of Arts in 2016.

Through the years he has collaborated in a variety of projects with Greek and foreign artists from various backgrounds, exhibited in Greece, UK, Spain, Greenland, USA and Mexico and left his mark on the streets of cities all around the world from Europe to India. His work is based in surreal imagery and the development of a visual language full of spiritual symbolism that connects to the transcendent. His work has been featured in numerous publications, Greek and foreign, and impressively including the cover of the International New York Times.

His bigger influences are not really other artists but he really likes symbols so he ended up admiring drawings and paintings depicting alchemy and mysticism symbols as well as eastern religious paintings and Ancient Greek art. 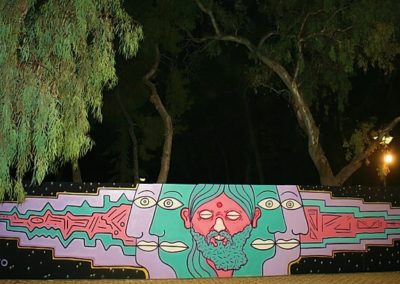 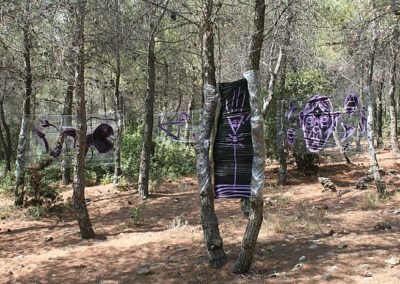 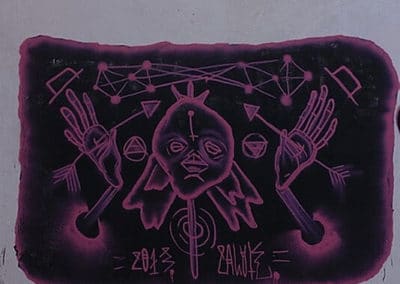 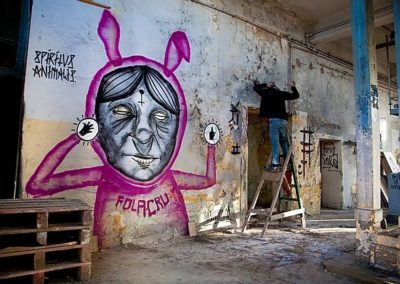 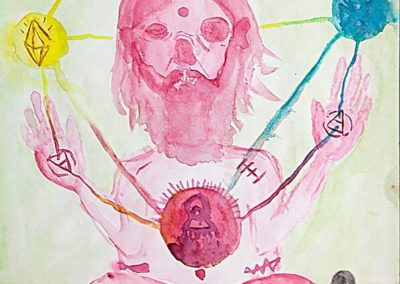 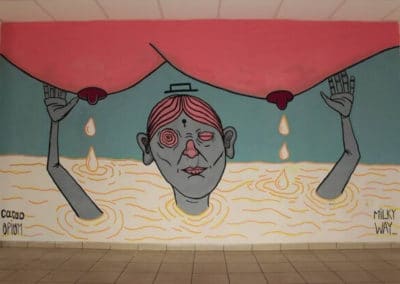 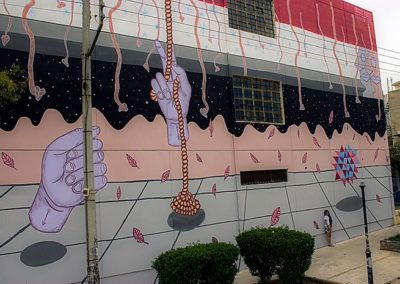