Vhils’s art is poetic, complex, and ambitious. He penetrates through countless layers of posters, dirt, and plaster to set free the poetic images hidden beneath urban spaces. This is all done by drilling away old plaster relief forms.

Alexandre Farto (also known as Vhils) was born in 1987 in Portugal. He grew up in the outskirts of Lisbon. He studied at the University of the Arts in London, Central Saint Martins, and Byam Shaw Fine Art Skills and Practices. He was raised in Portugal, during a period that was deeply affected by the revolution at the time. It was then that he witnessed much destruction and the effects of the war on the walls. The Carnation Revolution of 1974 affected the outskirts of Lisbon and other parts of Portugal.

Vhils gained prominence when carved portrait was revealed alongside street artist Banksy at the Cans Festival in London in 2008. Later, Banksy’s agent, Steve Lazarides, gave him additional space to create his street art carvings. Soon after several of his works were published. One of Vhils most popular forms of media is his relief portrait. These portraits are chiseled into plaster and brick walls all over the world.
He also creates by dissecting poster ads and excavating walls. Other forms of media include collage, wheat paste, wood, metal, installations, and more. Last but not least, Alexandre Farto is known for using etching acid, bleach, pneumatic drills, and other processes or street art tools to reveal a wall’s layers. Vhils’ technique and tools evolve as his work progresses.
He enjoys the suspense of not knowing what patterns and images await in the layers beneath. The final layer product on the surface is his key concept. He currently works with photographs taken by himself or his team.
A typical Vhils rendering originates in a sketchbook before it is digitized on a computer. He breaks most of his portraits into three colors, and these colors help provide depth – similar to a stencil. Finally, Alexandre Farto begins his carving process with chisels, hammers, drills, etching acid, bleach, and other tools. These tools allowed him to create incredible and truly poetic portraits on walls throughout Europe but also in Miami, Los Angeles, Hong Kong, Shanghai, Dubai.
In 2017 Vhils collaborated with famous American artist Shepard Fairey in the creation of a common mural in Lisbon, Portugal. On the occasion of Vhils’s solo show ‘Annihilation‘ at Over the Influence Gallery in Spring 2019 in Los Angeles, Shepard Fairey and Vhils teamed up again and created a new collaborated mural entitled ‘American Dreamers‘.
Vhils believes that we are all composed of layers upon layers of social and historical fabric. Our social system is the product of similar layers and by eliminating some of the top layers; we may be able to accomplish a more pure form. This entire process is very symbolical and he takes it as a semi-archaeological dissecting of layers of history and culture.
Vhils also values the idea of turning ordinary individuals into icons and that is the reason why many of his portraits are photographs of people found in magazines. Explosives, projectiles, and demolition- sounds like scenes from the civil war of a third world country. Truth is Alexandre Farto is leading a revolution on his own. His technique has, without a doubt, changed the face of street art forever! Vhils is a young artist who has already engraved a permanent mark in street art history. He divides his carvings into layers of images and then begins by destroying to create. His work consists of faces of individuals, often-unknown beings within a community.
This artist believes that destruction is a form of construction. You read that right. As crazy as it sounds he has found a very impressive method and that is by etching, scratching, carving and even exploding walls! Of course, much graffiti can be labeled destructive, but his work is truly pushing the boundaries. He believes change is necessary to communicate with the mass public, and this includes society. Vhils currently lives and works in London and Lisbon. 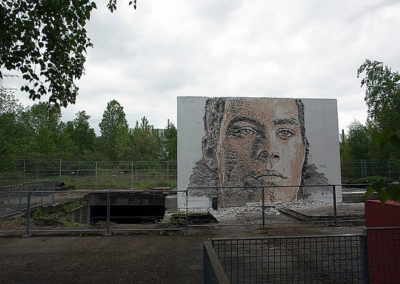 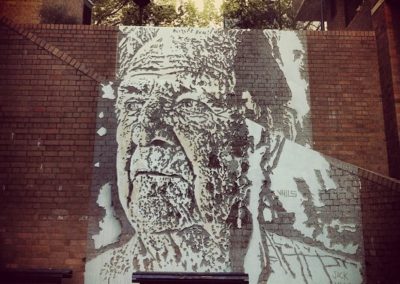 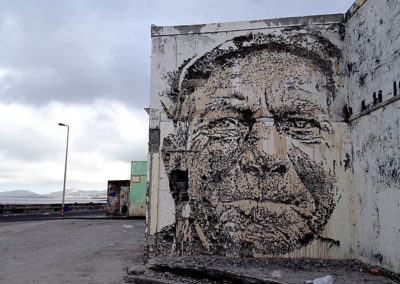 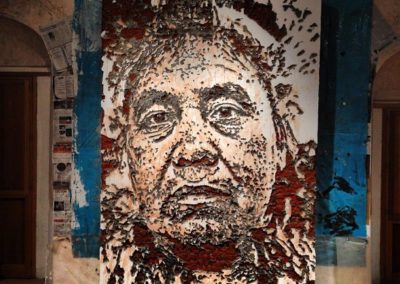 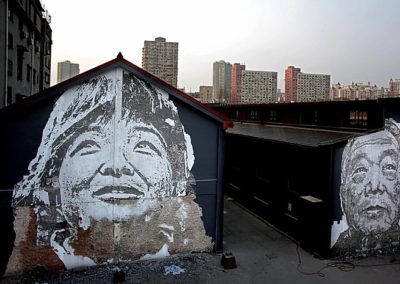 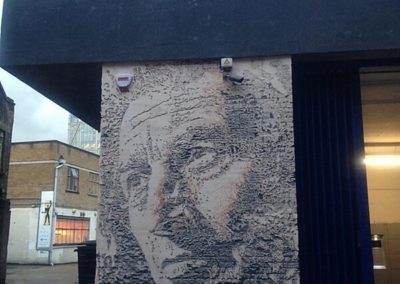 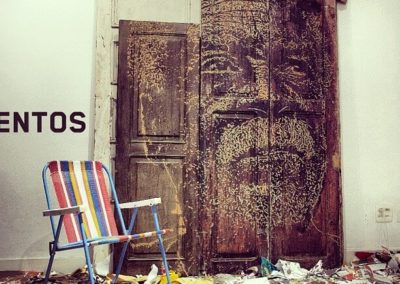 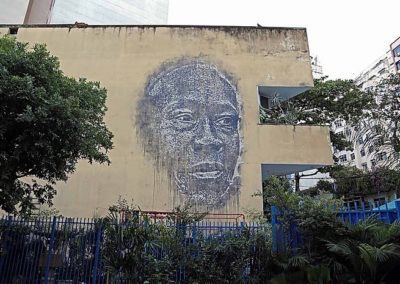 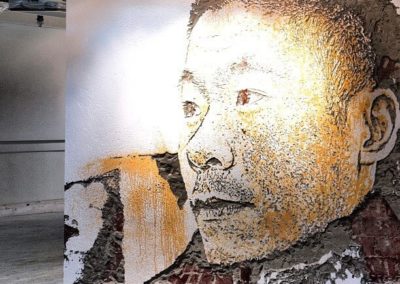 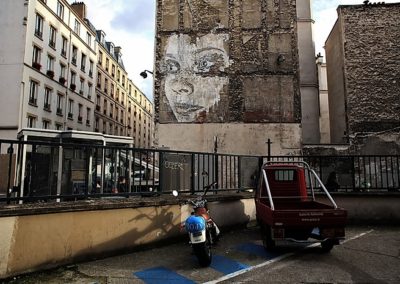 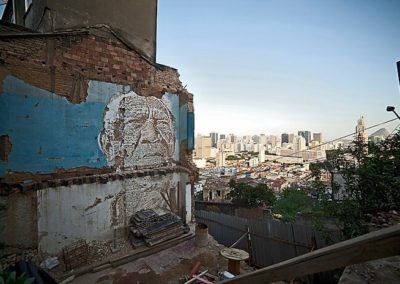 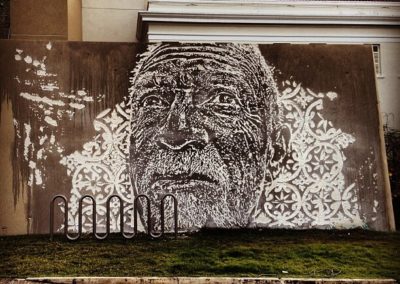 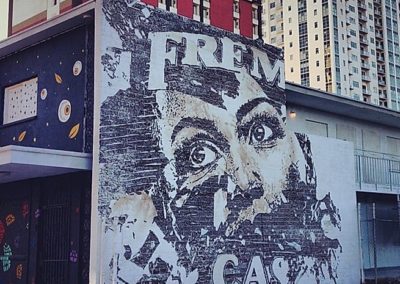 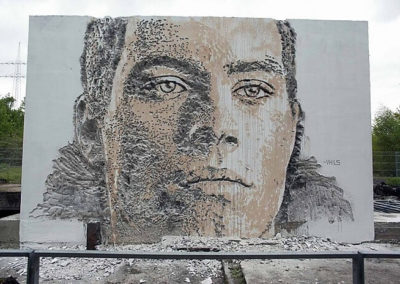 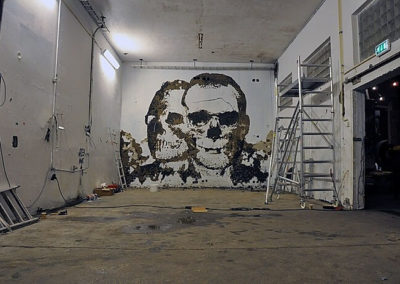